*An additional $4,000 was awarded for posting their full code solution in an open source repository.

Team Gardn999 used the NIST Collaboration Space as their open source repository and can be accessed here. *Note that other contestant source code may also be found on this site. 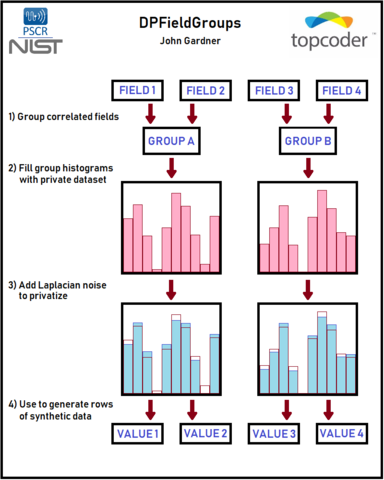 The goal of DPFieldGroups is to create differentially private synthetic data while retaining as much useful information as possible about the original dataset. It is able to be effectively used on datasets with a large number of fields with a large range of possible values. The epsilon parameter can be adjusted to manage the trade-off between level of privacy and information preservation. Team Gardn999 took the following steps to create their solution: