The University of the Basque Country (UPV/EHU)

The lack of interest by test equipment manufacturers to actually implement the mission critical test cases on their machines led 3GPP to accept a change in approach for the mission critical test cases. In parallel with testing the device (UE) together with the MC service application over the LTE Radio Access for conformance, it is now also permissible to test the MC service application alone over an IP connection. This development underlies the approach of this MCS-TaaSting proposal.

In MCS-TaaSting an IP-based test simulator will be developed, which can be used for the compliance testing of the mission critical implementations. The test setup will use the TTCN3 code of the 3GPP RAN5 test cases and execute them on an IP-based simulator which will be made available via a cloud service (the TaaS platform) to any interested testing party. In addition to the cloud based IP-based simulator there will also be a the possibility to test the mission critical relevant parts of the LTE radio access, e.g. mission critical QCI bearers, eMBMS and priority and pre-emption. The so called 1.5 test model approach will allow reducing complexity of TTCN3 based LTE testing while still allowing e2e MC aspects certification.

The MCS-TaaSting project will also develop a streamlined testing process especially for mission critical services. The requirements of mission critical users and operators are bit different from the requirements for consumer device compliance testing. These processes will build on existing conformance tests from PTCRB and GCF. Finally, the entire setup will be tested in a test lab environment to check the simulator, the test cases and the processes.

We believe, that with this innovative approach it will be possible to fulfil the needs of the mission critical and public safety community in terms of compliance testing. Our approach will allow the industry to prove the standards-compliance of their implementations and will give the users and operators the confidence to buy compliant products. The MCS-TaaSting approach will also allow cost efficient regular and frequent cost- efficient testing, re-testing, certification and re-certification of the combinations of devices, operating systems, middle wares and applications.

With the innovative and modular approach of MCS-TaaSting, and the provision of conformance tests for mission critical services as a cloud service (Testing as a Service - TaaS) it will be possible for organizations to perform regular and frequent tests without the need to buy expensive, dedicated high-end LTE test equipment.

Benefit 2. Mature and tested MCS RAN5 TS and TTCN3 code. The feedback to 3GPP RAN5 and TF160 upon the testing with real implementations will result in more accurate and complete test cases and TTCN3 code. Due to the public nature of those this will benefit the whole industry and community, reducing the time to market not only for MCS TaaSting partners but for the rest of test equipment manufacturers.

Benefit 4. Reduction of cross-certification burden. The definition of multi-step certification programs (and associated testing tools i.e. innovative TaaS platform => RF test equipment) will reduce the (re) cross certification burden by limiting that to only those interfaces/test cases where an interaction or change has been identified. Since different proposed tools will share the same TTCN3 tester building block the reusability of results is granted.

Benefit 5. Faster time to market of a RF testing tool that still ensures MC capable UEs (beyond OTT) testing. The innovative 1.5 approach enables an earlier availability of a tool that fully certifies MCS capabilities including the LTE specific ones such as MC QCIs (QPP) and eMBMS, while reducing the complexity of a whole TTCN3 stack. 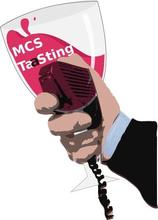 << Back to the PSIAP MCV Test Equipment Page