This project introduces a cognition-driven, personalized information system for emergency indoor wayfinding. It addresses the emerging yet critical challenge in emergency response: information overload. Aimed to solve this conflict, this research employs the latest neuroimaging technologies (brain sensing) to monitor a firefighter’s cognitive status in real time, providing the basis to adjust the contents and format of wayfinding information and consequently control the level of the cognitive load. The system also captures and track “information personality”, i.e. the firefighters’ preferences to different types of information. To achieve these goals, the research integrates the latest developments in visualization (e.g., virtual reality), building science, neuroscience and information technologies. Ultimately, the research paves a path to develop individualized intelligent and adaptive systems for firefighters.

This R&D project will focus on the development and test of a personalized User Interface (UI) system to control the realtime cognitive load of firefighters in emergency wayfinding, named Cognition-driven Display for Navigation Activities (Cog-DNA).

Problems addressed by the project:

Knowledge Contributions and Benefits to Firefighters: 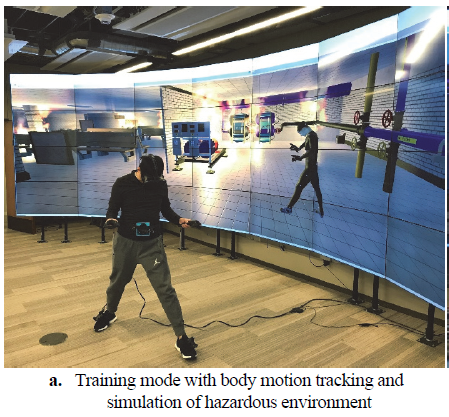 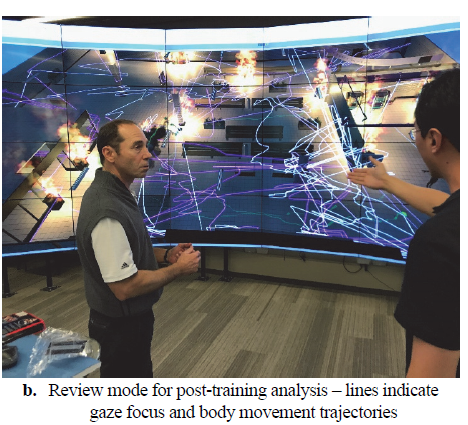 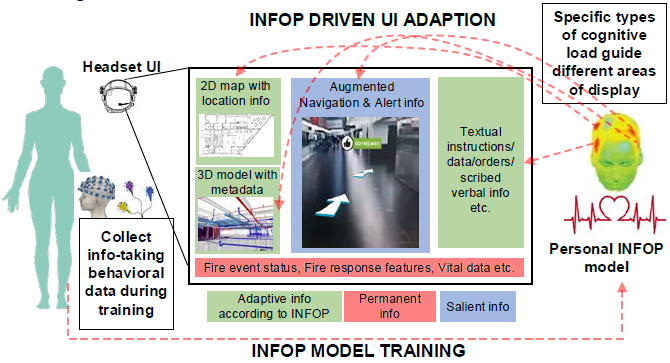 << Back to the PSIAP - User Interface Page