Titles and organizations were current at the time of interview.

When Dr. Veronica Muzquiz Edwards, CEO of InGenesis and a Baldrige Fellow, was recently asked if she feels pressure to be a role model after being named by Fortune as one of the “Top 50 Most Powerful Latina Women in Corporate America,” her answer was “no.” As she recently explained in an interview for this blog, “such honors make it possible for everyone to see what can be obtained by women and Latinos in the business world.”

“We’re all going to face challenges, and it’s how we deal with them that creates leadership.” —Veronica Muzquiz Edwards

In both her professional and personal actions, Edwards said, she strives to be a positive role model, which she sees as “leaving your mark wherever you can.” 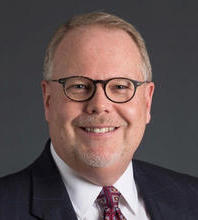 My purpose for engaging in the Baldrige Executive Fellow Program was to advance personal and organizational high performance. I found it was humbling to acknowledge that there was no consistently accepted definition of “high performance” in our industry (Ahluwalia, et al, 2017). However, one cross-industry standard (i.e., the Baldrige Excellence Framework) offers clear guidance: “ever-higher levels of organizational and individual performance, including quality, productivity, innovation rate, and cycle time.” Read More 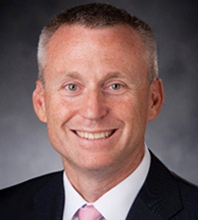 David Zaas and his organization were already on a journey when he entered the Baldrige Executive Fellows Program. In alignment with Duke Health’s values of excellence in quality and safety, Duke Raleigh Hospital wanted to ensure that zero patients or team members suffered harm while receiving or providing care. As he entered the Fellows program, his commit-to-zero harm goal became his capstone project, and he was able to use all of the aspects of the fellowship to move toward this goal. Read More 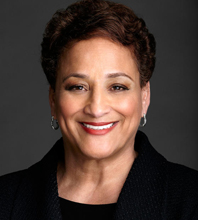 Jo Ann Jenkins was recognized by Fortune magazine this year as one of the world’s greatest leaders. Undoubtedly, members of her cohort of Baldrige Executive Fellows who gained new insights from learning from and with Jenkins were pleased for her (and not surprised). As Jenkins shared recently, “My interactions with other Baldrige Fellows have consistently been enlightening, inspiring, and illuminating.” Read More 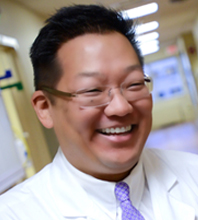 When Dr. Michael Suk entered into the Baldrige Executive Fellows Program, he designed his capstone project around trying to establish a Musculoskeletal Institute by using the tools around performance excellence to really set the foundation for going forward. Now they are well on their way to having achieved many of the goals that they set out. Read More 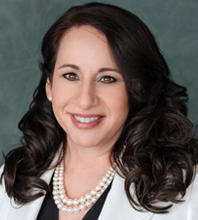 When Dr. Veronica Muzquiz Edwards, CEO of InGenesis and a Baldrige Fellow, was recently asked if she feels pressure to be a role model after being named by Fortune as one of the “Top 50 Most Powerful Latina Women in Corporate America,” her answer was “no.” As she recently explained in an interview for this blog, “such honors make it possible for everyone to see what can be obtained by women and Latinos in the business world.” Read More 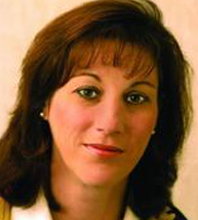 Susan A. Stuart, RN, MPM
President and CEO, Center for Organ Recovery & Education (CORE)
Baldrige Executive Fellow, 2016
A Project to Save and Enhance Lives Through Excellence

One of 58 federally designated, nonprofit OPOs in the United States; CORE serves areas of Pennsylvania and West Virginia. Stuart recently completed a year-long executive development experience with the Baldrige Executive Fellows. As part of the fellowship, and with the support of the other executive fellows and Baldrige staff, she completed a capstone project of strategic significance and benefit for her own organization and for the many Americans waiting for life-saving transplants. Read More 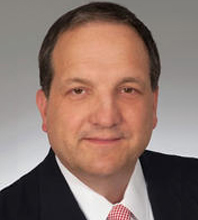 Like peer executives in the cross-sector leadership development program, he has since applied knowledge Dr. Jeffrey Sedlack gained from exchanges with senior leaders of national role-model organizations to boost the performance of his own organization. In particular, the capstone project of his Baldrige fellowship has driven improvements in the functioning of his health care organization. In the following interview, Sedlack shares details of that project and his views of the value of the Baldrige framework for health care and other organizations. Read More 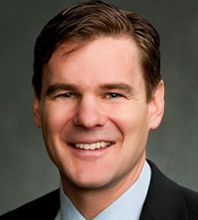 As a U.S. health care executive, Eric Moll has observed firsthand what he describes as the “massive shifts in health care delivery and payment” occurring throughout the nation in recent years. When Moll became a Baldrige Fellow, he had already gained insights on organizational change through use of process improvement methods. Moll applied some of his learning to aim his capstone project to establish “a systems approach to engage physicians in helping Mason General Hospital & Family of Clinics achieve our mission and vision.” Read more 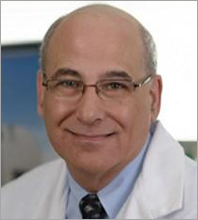 I was just about to move to a new position when I started the Baldrige Executive Fellows Program, so my capstone was essentially my new job! Since my job was essentially to build out this new organization from the ground up, learning about and visiting high-performing organizations provided amazing insights and examples that were literally “just in time” for my work. My capstone then became three of the elements of building this organization: (1) articulating the goals and vision; (2) recruiting the “right” workforce; and (3) defining the priorities for management systems and data collection to support a culture of collaboration and continuous improvement. Read More 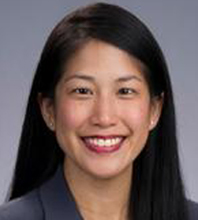 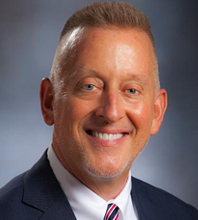 The capstone project Mottet developed is likely to benefit students for years to come. In implementing the project, Mottet laid the groundwork to ensure that the university’s curriculum, as well as wide-ranging co-curricular activities, map to the current and future workforce needs identified by potential employers—with the ultimate aim of increasing the value of a college degree. Read More 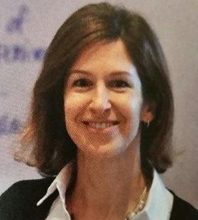 The publication A Conceptual Framework for a Systems-Thinking Approach to U.S. Population Health was inspired by the work I have done up to this point in my career within the health care sector, as well as within the education sector and with community-based organizations. In my past role, I served as the executive director of the Partnership for Evaluation, Assessment, and Research at the University of Missouri in St. Louis. Our proposed framework would improve how we monitor and manage health for the U.S. population. Read More 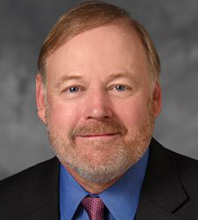 Where would you go in your organization if you had a really great idea? And what if you had access to a physical space where you could brainstorm with other staff members who might be part of deploying the idea, with patients or other customers who might be impacted by the idea, with your leadership who could guide the idea, and with coaches who could help you develop and even create a prototype that embodies the idea? Read More 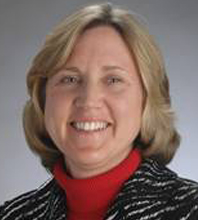 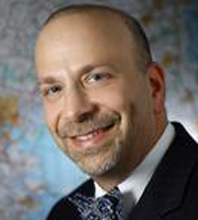 Since attending the Baldrige Fellows program, some specific work that’s been under way is about enhancing the patient experience. We’ve worked on some principles of service excellence and employee engagement learned from the Ritz-Carlton and from K&N Management—two Baldrige Award winners to which I was exposed through the Baldrige Fellows program. We’ve enhanced our communications strategy—that was my capstone project—which is in some ways similar to what the Ritz-Carlton program is all about. Read More 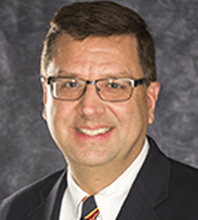 Created in 1894, the United States Golf Association (USGA) is the governing body for golf in the United States and Mexico. Together with The R&A in St. Andrews, Scotland, we write and interpret the Rules of Golf for golfers around the world, including rules of play, equipment standards, and a code of amateur status. Since starting our journey in 2012, we’ve aligned our team behind a renewed mission statement. We’ve articulated our core values for the first time, with active participation by more than 200 members of our staff. We’ve identified, with clarity and purpose, our key customers and initiated key customer feedback mechanisms for all core programs. Most recently, we created and introduced a scorecard of organizational measures for the first time. Read More 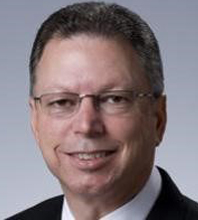 Sessions said that MFC was already working on strategies to address supply chain issues when his colleague came back from a Baldrige Executive Fellows session with the idea for a project that "was pretty startling to colleagues." John Varley's project focused on how to improve the entire DOD supply chain. Read More 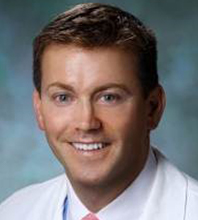 A recent experience reminded me of the value of seeking ideas and inspiration from elsewhere. . . . I was among 15 executives from various fields who toured Cargill through a fellowship run by the [Baldrige Performance Excellence Program]. On a visit to Cargill Corn Milling, among the largest of the gigantic company’s 75 business units, I heard a story with unexpected parallels to health care. Read More

Seagate will benefit from bringing some of the best practices and processes from high-performing organizations and applying them to the work at Seagate. We’ve used some of the best practices already, for example, in how we manage customer complaints. I was able to pen characteristics of good customer complaint processes from [Baldrige Award-winning] hospitals, restaurants, and other manufacturers. We created spreadsheets of Baldrige Award winners’ practices; and improvement teams throughout the organization use this information in their areas. Read More

As a Fellow, I was able to establish invaluable connections and garner insights into how other leading organizations—both private and public—are developing and implementing innovative, effective strategies in support of operational excellence and leadership development. In my current role as chief operating officer of AARP, I’ve been able to tap many of the other leaders in my cohort and draw on the diversity of perspectives and experiences they offer. Read More

Reach out to let us know how you’re continuing to make an impact in your organizations and industries. We’d love to hear from you!