Boosting Workforce Engagement (from the Bottom Up)

We sometimes hear of organizations adopting the Baldrige Criteria for Performance Excellence in relatively limited ways to improve performance.

They may start by just adopting core concepts and values behind the Baldrige framework. They may conduct a self-assessment with their employees in just a few categories of the Baldrige Criteria. They may be able to do these things, at least initially, in only one department. They may not yet have buy-in from their organization’s senior leadership.

To share how others might scale use of the Baldrige Criteria to their situation, I recently interviewed two department leaders who started using the Baldrige framework just with the people who provide support services to the rest of their organization. The story they shared is one of a positive transformation in the workplace culture of the University of Kansas Medical Center.

It began three years ago after eight administrative and operations departments started benefitting from foundational concepts and assessment questions in the Baldrige Criteria for Performance Excellence. The boost in workforce engagement and related results—particularly in the quality of work provided by the support services to other departments—reportedly became apparent within the first year, creating a momentum for changes that continue to spread across the organization today.

Steffani Webb, vice chancellor for administration at the University of Kansas Medical Center (KUMC)—who is also a new Baldrige Executive Fellow—had initially heard about the Baldrige Criteria in a graduate business class that had used a Baldrige case study to learn about organizational management. “The Baldrige framework seemed to me a very comprehensive but still simple approach linking together all the important aspects of management and leadership and operations,” Webb said.

Webb oversees central support-services departments that encompass human resources, information resources, public safety, parking, facilities, landscaping, finance, and compliance functions. These departments, she said, had tended to be viewed as “very bureaucratic, focused on tasks and policy and processes, regardless of how effective those were in meeting the needs of those they needed to serve.”

Inspiration and Tools for the Journey

In September 2011, Webb and two colleagues—including Tom Field, KUMC’s associate vice chancellor for organizational improvement—attended a Baldrige regional conference in Kansas City, Missouri. They learned about using the Baldrige Criteria in presentations by senior leaders of several high-performing organizations that had received the Baldrige Award.

That same year, Field became a Baldrige examiner, and a colleague became a state-level examiner with the closest Alliance for Performance Excellence program. The examiner training and experience they each gained in using the Baldrige framework to evaluate organizations “really helped,” said Field.

According to Field, the KUMC group left the Baldrige regional conference with “inspiration and enthusiasm” about using the Baldrige framework in their organization. He noted that a helpful exercise at the conference used a relatively simple Criteria-based assessment tool provided by the Baldrige Program called Are We Making Progress? (AWMP).

Within their organization, Webb, Field, and others initially used the AWMP self-assessment tool as a “to-do list.” According to Webb, managers and leaders used the survey to identify areas to work on; they also have now used it more broadly throughout the organization to address gaps in performance. For example, they reallocated funding to support an internal communications position. “From my perspective, AWMP was a catalyst for everything we did,” said Field. Today, KUMC is also using AWMP “as a key piece of our employee engagement survey,” said Field.

They are planning to send this year’s survey to all employees of the organization for the first time; the 2012 and 2013 surveys went only to support services employees, who constitute about 20% of the medical center’s overall workforce. According to Webb, the initial Baldrige-based assessment they conducted in the administrative departments focused on the workforce (category 5 of the Baldrige Criteria) in order to improve services.

“We wanted to create a culture around engaging and empowering the workforce,” she said. “Next we started to get more effective about instituting organizational values and goals.” Drawing from the Leadership category of the Baldrige Criteria, they worked on “better conveying those values and goals in order to bridge the gap between ‘management’ and the workforce.”

Using the university’s mascot, KUMC’s Baldrige journey has been named the “Jayhawk Way,” and the related training program is known as “Leading the Jayhawk Way.” Field conveyed the “big goals of the training” as follows: (1) to create an internal brand for the workforce—i.e., one promoting workforce members as “highly motivated people aligned to a shared vision of important work, to make this a place where you wouldn’t want to leave,” (2) to create alignment in the organization (because “we had been very task-focused but not necessarily connected to the organization’s greater vision”), and (3) to “improve how we communicate with each other and create a culture of open, constructive communication.”

After two “waves” of training provided over the past two years, the voluntary program has now served 709 participants from KUMC, including 100 faculty members of the organization. Registrants include employees from a partner hospital, the parent organization, and two other medical center campuses, some of whom will be driving great distances to participate. What’s more, a partner business of KUMC has expressed interest in sending executives to a future session.

Improvements that Webb, Field, and others at KUMC have seen so far have exceeded their expectations. “What happened was that changes in the levels of engagement and quality of work that people were doing caught the attention of people in other parts of the organization,” said Webb. “I figured implementation would be slow, but the truth is that it has lit a fire.” Webb and Field both cited the “culture of appreciation” that has developed as a significant change.

For example, “the facilities and landscaping staff began to receive notes of thanks from other departments—it was never the case before that people acknowledged each other’s efforts,” Webb said. She noted that traditionally some of those employees weren’t allowed much say in their work; “they were told what and how to do the work,” but that now they are encouraged to speak up to suggest improvements to better serve customers.

How long did it take before improvements became apparent? According to Webb, some positive changes were evident almost immediately in the workforce after the launch of Baldrige efforts; one year later, “the organization was very different.” She attributes the success so far of the improvement initiative to the early focus on people—the “ones at every level of the organization who know where the problems are.”

It’s nice to see people who for most of their careers were way in the background who now understand the connection between what they’re doing and the more glamorous [work of the organization],” she said. Most administrative employees will never interact with a patient or a student served by the larger organization, she added, but “they now understand that none of that great work can happen without them.” 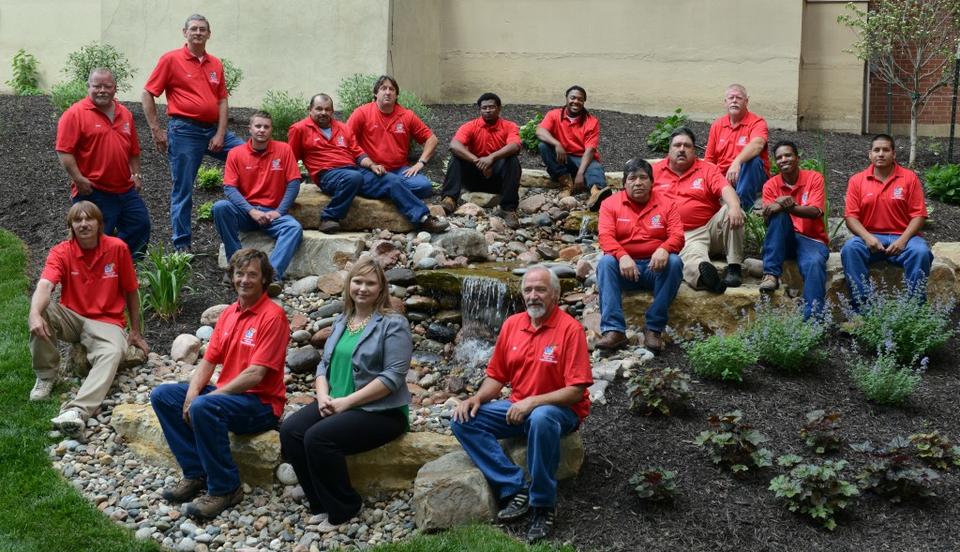 “The [Baldrige] model is outstanding—even if you only use it in your own area, improving your part of the organization is good,” said Webb. “In doing so, you demonstrate what’s possible. This is enabling the future growth of our organization.” While Webb acknowledged “our organization still has a long way to go” in its journey to excellence, she stressed, “This has been so much easier than I ever thought it would be. As one employee said, ‘We moved a rock and started a landslide.’”

The Baldrige Program wishes you a happy Independence Day! Whether you are celebrating with family and friends, or spending time in quiet contemplation of the

Communities across America have long struggled with systemic issues, such as education disparities, income inequality, access to health care, diversity and