The IBPC was attended by around 185 individuals from 10 countries. The audience saw around 20 hours of presentations from 49 speakers giving 46 presentations which are now archived as the IBPC 2016 Proceedings. Videos of many of the IBPC talks may be viewed here.

The final program for the IBPC is here.

Registration for the IBPC conference is now open: All attendees must register online and pay before April 22. Note this registration covers both IBPC and the satellite workshop on forensic evidence.

NIST is pleased to host the Quantifying the Weight of Forensic Evidence workshop on May 5 and 6 immediately following the IBPC 2016.

The IBPC 2016 call for participation seeks proposals for presentations addressing biometric performance, measurement and specification. All aspects of performance of biometrics systems are in scope. These range from design, through human interaction, quality control, and algorithmic functions, to system assurance and summarization. Abstracts should be up to one page long, preferably in PDF format. These should be emailed to the organizers at the following email: ibpc2016@nist.gov. The conference is open to all parties, including members of the testing community, core technology providers, system builders, end-users, and operators. Of particular interest are

In cooperation with the National Physical Laboratory and European Association for Biometrics, NIST is pleased to announce IBPC 2016, the sequel to the successful IBPC 2010, 2012, 2014 conferences. These international forums covered advances in the fields of biometric testing, and performance definition, specification and assurance. The conference aims to identify fundamental, relevant, effective, and new performance metrics and to expose best practices for performance design, calibration, evaluation,and monitoring. New performance results are the focus - instead the intention is to capture relevant and recent quantitative testing, measurement and system-identification techniques to contrast those with the past, and to outline what is needed in the future. The overarching goal is to refine the concept of biometric performance and to ultimately elevate adoption and effectiveness of biometric technologies.

Prior NIST workshops, in 2006 and 2007, used the term"quality" as a proxy for performance. The goals of those forums was to distinguish quality-by-design from quality-by-practice, and to identify measurable quantities that predict recognition outcome. The 2010 - 2016 International Biometrics Performance Conferences have a broader scope: quantification of all factors that influence performance of the biometric system. 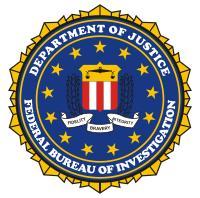