bws@nist.gov is an email list dedicated to an open and public discussion on biometrics, web services, service oriented architecture, and related technologies. The list has over 350 members from industry, government, and academia.

There are no requirements to join and participate in the discussion. The list is also used to announce developments regarding NIST biometric web services projects.

"Web services" is a general term given to machine-to-machine communication using the same protocols that underlie the web. Our computers, cellular phone, set-top boxes (i.e., digital video recorders, cable boxes)—even our alarm clocks—all natively understand these common protocols. By using Web services as a means for interoperability, the capabilities and reach of biometrics is significantly improved.

WS-Biometric Devices, or WS-BD, is a new command & control protocol for biometric devices. It uses the language for the web; proprietary knowledge of sensor interfaces are no longer required. Desktop, laptop, tablet, and smartphone applications can access sensors just as easily as they can navigate to a website.

The WS-Biometric Devices specification has been published as NIST Special Publication 500-288.

NIST continually welcomes feedback, comments, and questions on the specification for consideration during updates. Send your comments directly to the WS-Biometric Devices team by emailing 500-288comments@nist.gov.

NIST has written two reference implementations against the WS-Biometric Devices specification. To help ensure the quality of the specification, they were developed independently on two different platforms. See the included README files for more information.
The January 2015 version of the .NET Reference Implementation includes experimental support for JavaScript Object Notation (JSON) as a optional message payload.

The .NET reference implementation has been written in Visual Basic .NET, but is accessible from any .NET programming language. Both implementations include comprehensive integration tests that demonstrate how to use the specification and the implementation.

The following document was developed as a tool developers can use to facilitate their understanding and development of a WS-BD service. This result of document is a WS-BD service with live preview/streaming. The libraries used in this walkthrough are compatible with most commercial-off-the-shelf web cameras (via DirectShow interface).

The OASIS BIAS SOAP Profile became an official OASIS standard on 24 May 2012. The OASIS Biometrics TC continues to maintain the BIAS standard.

NIST developed a reference implementation to complement the 24 May 2012 standard. There are two components: a service and a client. The service is written in Visual Basic.Net and the client in Adobe Flex. It is a functional service which matches fingerprints using the Bozorth3 algorithm from NBIS.Net. 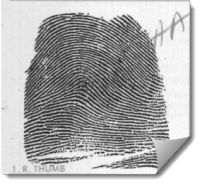 The NIST Biometric Image Software (NBIS) distribution contains C source code for use in biometrics processing and analysis. NBIS.Net is an interoperability layer that provides a direct in-process interface to the native NBIS libraries directly from .Net.

The 11 March 2015 version has been updated to support NBIS 5.0.0. NBIS.Net only supports 32-bit (Intel x86) architectures. Please contact us if you are interested in collaborating on (Intel/AMD) 64-bit support.

National Institute of Standards and Technology