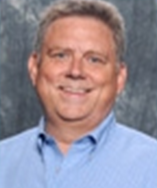 Preco is recognized worldwide as an innovator, designer and manufacturer of vehicle communications systems. Prior to Preco, Jim had over 20 years of operational experience with Fortune 500 companies including National Semiconductor Corporation, Apple Computer, and Sun Microsystems. He held positions in both domestic and international manufacturing. While at Sun, Jim was part of the executive team responsible for taking the company public and its rapid growth as a market leader. In addition to his experience as an employee in the international economy, Jim has served on the Board of Directors for both public and private organizations. Jim holds a degree in Industrial Engineering from New Mexico State University in Las Cruces, New Mexico.