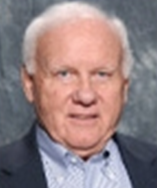 Merrit R. Marquardt retired from the 3M Company where he served in the Office of General Counsel. His work involved legal practice in the areas of anti-trust, government contracts, and counsel to numerous operating units across a broad range of business matters. Each corporate division has its own R&D, marketing, manufacturing, and sales departments which are governed by an operating committee which functions as a board of directors for that business. Over the years, he served on the operating committees of more than a dozen of such business units. He graduated from the University of Wisconsin-Madison and the George Washington School of Law, and during the interim spent time on destroyers as an officer in the U.S. Navy.