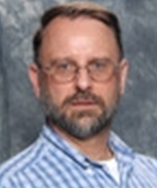 Mark Rice is President of the Maritime Applied Physics Corporation. After working for several engineering firms and U.S. Government laboratories, he formed Maritime Applied Physics Corporation (MAPC) in 1986. MAPC has both R&D and production work with offices in Maryland, Virginia and Maine. MAPC currently designs and manufactures electro-mechanical systems that range from submarine and surface ship components to commercial motion control systems. The company has recently completed two unmanned surface vessels for the U.S. Navy along with prototype distributed power and water systems for use by individual families in Afghanistan. MAPC has had several export contracts supplying ship components to foreign shipbuilders. Mark is a member of the local District Export Council for the Department of Commerce. He has a BA in Physics from the University of Maine and is a licensed Professional Engineer.