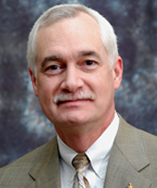 For 12 years previously, Capers W. McDonald led BioReliance Corporation as President and CEO, providing innovative testing and manufacturing services for the biotechnology and pharmaceutical industries from operations in the U. S. and Europe. When acquired during 2004, the company was valued at a 32-fold increase and greater than 33% annual return for investors and employees over Capers' 12 years of leadership. During 2003, BioReliance was ranked #1 nationally by Forbes in earnings per share growth among "200 Entrepreneurial Hot Shots" and #11 by Fortune Small Business among "America's Fastest-Growing Small Companies." Capers served three terms as Chair of the Technology Council of Maryland and was named a 2002 Greater Washington Entrepreneur of the Year. He has been recognized as a national Distinguished Eagle Scout and included among Who's Who in Science and Engineering and Who's Who in the World. Capers earned an M.B.A. from Harvard Business School, an M.S. in Mechanical Engineering from MIT, and a B.S. in Engineering from Duke University.