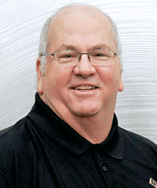 Thomas M. (Tommy) Lee has been employed by Vulcan, Inc., an aluminum manufacturing company in Foley, Alabama, since 1985. He currently is President and CEO, and also Secretary/Treasurer of Vulcan Scholarships, Inc. Prior to joining Vulcan, Mr. Lee was employed by Alabama Power Company for eight years as a Commercial Sales Engineer.

Mr. Lee moved with his family from Birmingham to Foley in 1968 and has called South Alabama home for 45 years. He graduated from Foley High School in 1974 and received his B.S. degree in Industrial Engineering from Auburn University in 1978. He and his wife, Sandra, live in Gulf Shores and together they have 3 children: David 30, Anna 27 and Marcus 22.

Mr. Lee has been active in the community since graduating from college. He is a former Chairman of the South Baldwin Chamber of Commerce and a past winner of the Walton M. Vines Free Enterprise Person of the Year. He was a member of Class XVIII of Leadership Alabama and has been president of several civic, local school and professional organizations. Currently he serves as the 2nd Vice Chair of the Business Council of Alabama.