The International System of Units (SI, short for Le système international d'unités) was established under that name in 1960 and now includes seven base units for seven quantities:

Other quantities, such as energy, power, pressure and magnetic flux, can be derived from these seven. Explore the chart below to see how these units are related. 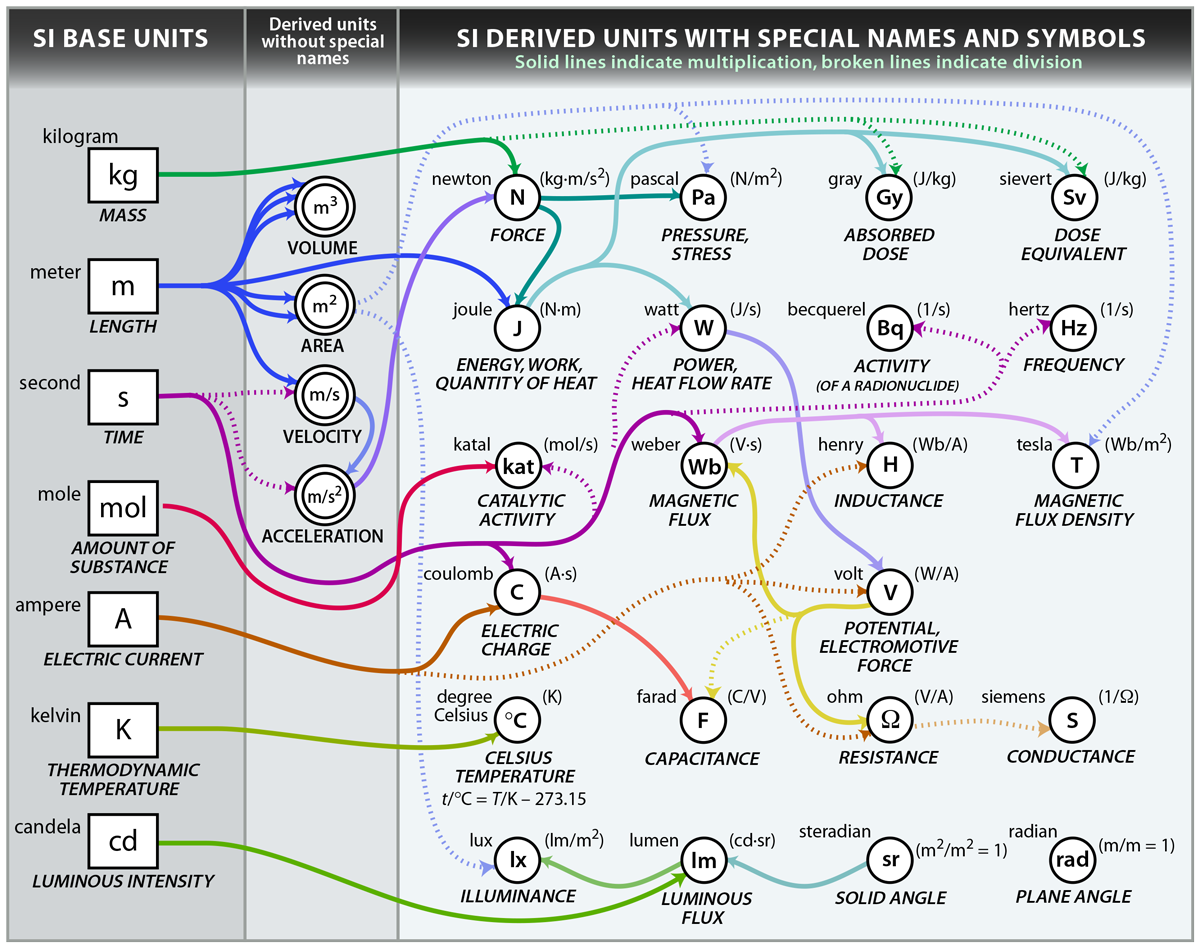 In 1668, English philosopher John Wilkins published a book for the Royal Society of London with a plan for "universal measure," which included a proposal (never adopted) for a standard weight: a volume about 1 meter cubed filled with rainwater. It would have weighed about 1,000 kg.
Metrology and Metric
Created May 14, 2018, Updated June 4, 2019