Time is probably the most measured quantity on Earth. It tells us when to wake and when to sleep, when to plant crops and when to harvest them. It helps organize our lives and coordinate our activities. In science, we use time to measure and better understand countless things in our world.

Yet we cannot measure time directly. We cannot see it, hear it, taste it, touch it or smell it. Instead we measure time intervals, the durations separating two events. This is what a clock actually measures; “time” is the accumulation of these events. 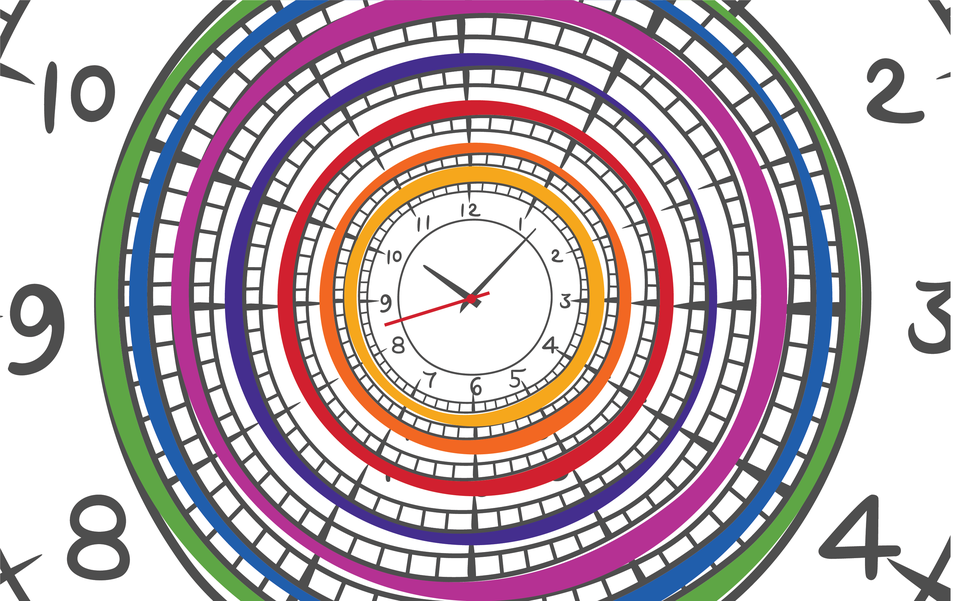 Humans first broke up time into day and night. Ancient Egyptians then divided day and night into 12 parts each, with daytime hours longer than nighttime hours during the summer.

The concepts of the minute and the second date back to ancient times—but they originated in the realm of astronomy instead of timekeeping. Four thousand years ago, the Sumerians divided a circle into 360 degrees. Around a thousand years later, Babylonian astronomers, and then the Greeks, applied this concept to divide the sky into 360 degrees. Going further, they split each degree into 60 minutes, and each minute into 60 seconds. Centuries later, these units found their way into the increasingly precise mechanical clocks developed in medieval Europe.

In the modern world, atoms have become our best clocks. Atomic clocks enable us to split the second—the international unit of time—into extremely small parts, opening up new applications with each finer subdivision. Specially energized cesium atoms “tick” with a specific frequency. We count 9,192,631,770 of those ticks and call the elapsed time interval a second.

Today, commercially available cesium clocks keep time to within 1/3,000,000 of a second per year; new experimental clocks are a million times more precise still. The atomic clock is by far the most impressive timepiece that humans have developed but getting to this modern definition of the second was a long road.