Physics research at NIST includes everything from improving the safety of medical radiation procedures to developing future "quantum information" technologies that generate unbreakable codes. NIST provides the measurements, standards, and technical expertise scientists and industries need to push the limits of the fundamental properties of nature.

The Road to the Revised SI

The History and Future of Quantum Information

When two good things get together, they can create something even better. That’s the case with quantum information—the marriage of quantum physics and computing theory. The National Institute of Standards and Technology (NIST) has contributed to much of its history and is helping to shape its future. Read more.

NIST and the Nobel 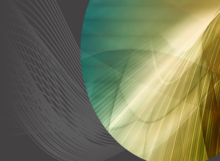 Learn more about the NIST laureates and their work.

Always on the lookout for better ways to measure all kinds of things, researchers at the National Institute of Standards

The Technology Partnerships Office (TPO) at the National Institute of Standards and Technology (NIST), on December 02

The ability to create perfect ultrathin films is central to the fabrication of semiconductor devices, the building blocks for modern computers, sensors

In our increasingly connected modern economy, the IT services we rely on are built on the synchronization of clocks. For many functions, devices must agree on

Measuring large forces, such as the thrust of a rocket engine or the deflection of an aircraft wing, requires well-calibrated force sensors. NIST’s unique

The NIST Frequency Measurement and Analysis Service (FMAS) makes it easy to measure and calibrate any quartz, rubidium, cesium, or hydrogen maser frequency
Collaboration on investigating the thermodynamics of radon binding with a new and novel class of cryptophane molecules is currently underway with researchers
Light can interact with mechanical systems in interesting and useful ways, not only probing the mechanical motion with spectacular sensitivity, but also driving

In trapped-ion quantum information processing, interactions between spins (qubits) are mediated by collective modes of motion of an ion crystal. While there are
WWV was established as a radio station on October 1, 1919 with the issuance of the call letters by the U.S. Department of Commerce. This paper will observe the
We quantum-simulated particle-antiparticle pair production with a bosonic quantum gas in an optical lattice by emulating the requisite 1d Dirac nist-equation

Recognizing the world's most influential researchers of the past decade, demonstrated by the production of multiple highly-cited papers that...

The annual Governor's Awards for High-Impact Research celebrates the brilliant groundbreaking discoveries and innovative research from...