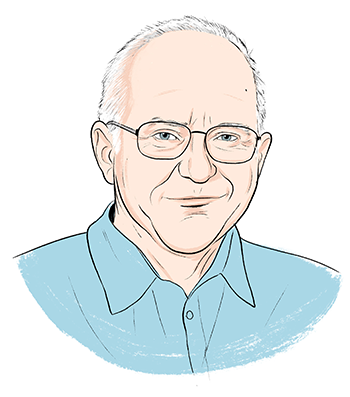 The optical frequency comb can be considered the biggest revolution in precision measurements since the introduction of the laser in 1960. It’s used in atomic clocks, medical diagnostics, remote chemical analysis, communications and even potentially to detect the atmospheres of planets outside our solar system.

Hall split half of the 2005 Nobel Prize with Theodor Hänsch of the Max Planck Institute for Quantum Optics in Garching, Germany. The other half went to Harvard University physicist Roy J. Glauber for developing a theory of coherent light—the kind produced by the lasers to which Jan Hall dedicated his career.

Hall’s work for NIST began in 1961, just a year after scientists first demonstrated laser technology. During the next four decades, Hall specialized in making lasers increasingly stable—that is, better able to produce light that maintains a constant color for longer and longer periods of time. Such work greatly advanced the laser as a tool of science and commerce and helped scientists redefine the speed of light, and, as a result, the meter—one of the most basic units of measurement.

Late in his career, Hall realized that the technology was in place to make a device that would measure colors of light far more accurately than was previously possible. His team’s work would yield the optical frequency comb—a ruler for light. Within a few years of its invention, the optical frequency comb enabled scientists to develop the world’s most precise atomic clocks, and they have many other potential uses in fields from manufacturing to communications to health.

“Many days I would hear him say, ‘I can’t believe they pay me for doing this.’ He was just so excited to be there, to do the work and to see the results, it was contagious and it made it a really fun place to work.”