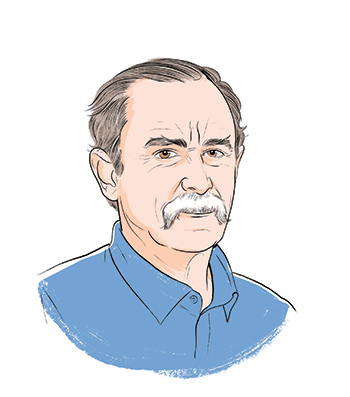 Wineland launched his NIST career with a bang when he became, in 1978, one of the first scientists in the world to use lasers to cool gases of ions (atoms with an electric charge) to very low temperatures. During the nearly four decades since, Wineland and his colleagues have gained ever more control over the properties of individual ions, and have experimentally demonstrated many phenomena that were once exclusively in the exotic realm of quantum theory.

In a closely related line of research that also traces back to his 1978 feat, Wineland and the members of his laboratory group used laser-cooled ions to build new, ultra-precise atomic clocks, several of which have held the world record for accuracy. Laser-cooled clocks now set primary time and frequency standards around the world.

Wineland and his group members demonstrated important building blocks of quantum computers, which use the strange rules of the quantum world to carry out operations and can potentially solve problems that are intractable on any computer today. The lab’s ability to study and measure quantum phenomena such as superposition and entanglement have had immediate applications in basic physics and advancing NIST’s measurement-science mission. The innovations from Wineland and his colleagues have many potential applications that go beyond atomic physics, quantum computing and timekeeping, such as geological measurements, communications and navigation.

Wineland shared the Nobel Prize with Serge Haroche of the Collège de France and the École Normale Supérieure in Paris, France.

“Dave is really responsible for the origin of quantum information. No person deserves more [recognition] in that role than Dave.”