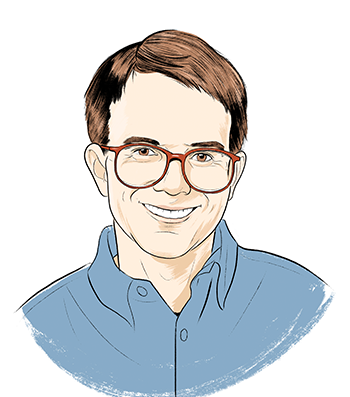 Cornell and University of Colorado physicist Carl Wieman did the groundbreaking experiment at JILA, a joint institute of NIST and the University of Colorado Boulder. In June 1995, after five years of focused effort, Cornell and Wieman’s group created the world’s first Bose-Einstein condensate (BEC), a new form of matter in which ultracold atoms coalesce into a single “superatom” with uniform properties. In papers that were published in 1924 and 1925, Albert Einstein predicted that BEC could exist, building on the work of Indian physicist Saytendra Nath Bose. It would be another 70 years until experimental physicists actually created the BEC in the lab.

Cornell shared the prize with Wieman and with Massachusetts Institute of Technology physicist Wolfgang Ketterle, who also performed seminal work in BECs starting later in 1995.

“Eric is one of these people who is extraordinarily deep. Quiet but a deep thinker. You can engage with him and learn a lot from him.”