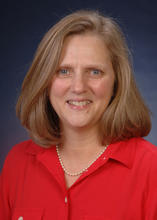 Prior to her appointment in OIAA/NIST, Dr. Saundry served as a Program Officer in the International Coordination and Liaison Branch of the Fogarty International Center, National Institutes of Health from 1992-1994. In this capacity, Dr. Saundry was responsible for providing liaison between NIH scientists and their counterparts oversees, facilitating development of international research programs and providing liaison with other US Government and non-governmental organizations for NIH programs with Eastern Europe, Northern Asia, the Middle East, and Africa.

From September 1989 through January 1992, Dr. Saundry served as a Physical Science Administrative Officer in the United States Department of State, Bureau of Oceans and International Environmental and Scientific Affairs, Office of Cooperative Science and Technology Programs. 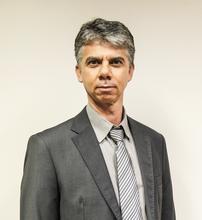 Dr. Cunha received his Ph.D. in Chemical Engineering from the Federal University of Rio de Janeiro, PAM/PEQ/COPPE Department in 2001. His research focused on the use of polymeric membranes to separate organic mixtures. He holds a degree in Chemical Engineering from the Federal Rural University of Rio de Janeiro (UFRRJ / 1994). Realized specialization in gas metrology at the French Institute of Metrology (LNE) (2013) and in the US National Institute of Technology and Standards (NIST) (2017).

Started his carrier in Metrology in June of 2001 at Inmetro (National Institute of Metrology, Quality and Technology) serving as head of Gas Analysis Laboratory (Lanag) and deputy head of Chemical Metrology Division. Since 2008 he has been the head of the Chemical and Thermal Metrology Division and in March 2019 started as Deputy Director of Scientific and Technology Directorate. Dr. Cunha has experience in Chemistry and Chemical Engineering, focusing on analytical chemistry, gas chromatography, mass spectrometry, metrology, chemical metrology and quality. He is accreditation assessor for ISO 17025 and 17034.

In 2014 he was elected chairman of the Chemical Metrology Working Group of the Inter-American Metrology System (SIM) and represents Inmetro on the Consultative Committees of Amount of Substance: Chemistry and Biology (CCQM / BIPM). 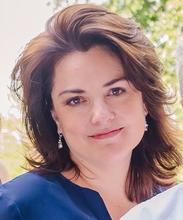 Dr. Maria Fernandes-Whaley is Head of the NMISA Organic Analysis Section, and Research Manager of the NMISA Reference Materials Programme. Since 2011, she has led the Organic Analysis Section to successfully maintain ISO 17025 accreditation for wet chemistry assays and expanded the laboratory’s technical scope to include chromatographic and mass spectrometric techniques for the accurate quantification of organic contaminants in food and the environment. The section is also ISO 17034 accredited to produce reference materials and ISO 17043 for provision of proficiency testing scheme. The section has grown from providing 2 PT schemes in 2009 to 18 PT schemes in 2019 predominantly in support of food safety measurements.

Since 2009, Dr. Fernandes-Whaley has also served as guest lecturer at the University of Pretoria, presenting a short course to 4th year Chemistry students on Quality Assurance in chemical measurements, measurement traceability and the estimation of measurement uncertainty.  She obtained her PhD in Analytical Chemistry, from the University of Pretoria in 2008, and currently represents South Africa on the International Consultative Committee for Quantity of Material – Organic Analysis Working Group, the IMEKO Technical Committee 23 for Food and Nutrition and the IAEA Africa Food Safety Network (AFoSaN). 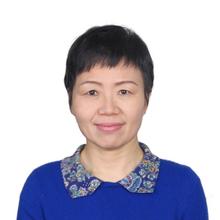 Her team has made breakthrough in: 1) the ultra-trace impurity identification and targeted removal techniques in high purity organic solvent, and realize industrial production; 2) the key technologies for separation and measurement of micro and trace impurities in pesticides, veterinary drugs and illicit drugs, supporting China’s calibration and measurement capabilities (CMCs) in high-purity primary standard published at BIPM KCDB DATABASE; 3) the separation and measurement techniques for diagnostic markers of major diseases (cardiovascular and cerebrovascular diseases, tumors and diabetes mellitus) and for drugs with complex composition (monoclonal antibodies, peptides and heparin).

In recent years, her group has won 2 Second Prizes for National Science and Technology Progress Award and 27 awards at/above provincial levels. She took part in the development of more than 150 national CRMs and over 10 national standards/technical specifications and was authorized 11 patents for invention. She led 10 national projects like the National Sci-Tech Support Plan and issued 60 SCI/EI papers and 3 monographs. 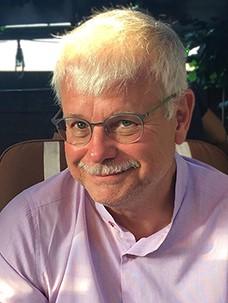 Piotr Robouch is a senior scientist at the European Commission with more than 20 years' experience as an analytical chemist in the field of food and environment. As an operating manager of the European Union Reference Laboratory for Food and Feed, until 2017, he coordinated the network of National Reference Laboratories of the EU Member States and assessed their measurement capabilities related to a wide range of measurands (analyte/matrix combinations).

As a member of several Eurachem working groups, Piotr contributed to the drafting of three guides:   Selection, Use and Interpretation of Proficiency Testing (PT) Schemes by Laboratories (2011); - Quantifying Uncertainty in Analytical Measurement (2012) and - The Fitness for Purpose of Analytical Methods (2014). Similarly, he contributed to three international standards: ISO 17043:2010 (conformity assessment -- General requirements for proficiency testing) and ISO 13528:2015 (Statistical methods for use in proficiency testing by inter-laboratory comparison) and the CEN/TS 17174 (Performance criteria for single laboratory validated and ring-trial validated methods of analysis for the determination of heavy metals in animal feeding stuff).
Created March 8, 2019, Updated October 7, 2019