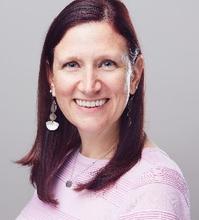 Melissa M. Phillips has been a research chemist in the Chemical Sciences Division at the National Institute of Standards and Technology (NIST) since 2008.  She is involved in the certification efforts for food and dietary supplement Standard Reference Materials (SRMs) and is a coordinator of the Dietary Supplement Laboratory Quality Assurance Program (DSQAP), the Health Assessment Measurements Quality Assurance Program (HAMQAP), the Total Nutrients Quality Assurance Program (TNQAP), and the Food Reference Materials Program.  Her interests include development of new analytical methods for the determination of marker compounds, vitamins, and contaminants in foods and dietary supplements, and improving the measurement capabilities of the food and dietary supplement communities using reference materials and quality assurance programs.  Melissa obtained a B.S. in Chemistry, and M.S. in Forensic Chemistry, and a Ph.D. in Analytical Chemistry from Michigan State University.  Melissa is a member of the AOAC INTERNATIONAL Official Methods Board and is a fellow of AOAC INTERNATIONAL. 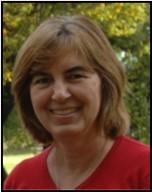 Laura Wood is one of the Program Coordinators for both the food and the dietary supplements SRM programs at National Institute of Standards and Technology (NIST).  She is also one of the Program Coordinators for the Dietary Supplement Laboratory Quality Assurance Program (DSQAP), the Health Assessment Measurements QAP (HAMQAP), and the Total Nutrients QAP (TNQAP).  Laura graduated from the University of Maryland in 1983 with a degree in biology.  She has worked for the US government for more than 30 years, beginning at the US Department of Agriculture in 1980 as a co-op student during her undergraduate studies.  At USDA, Laura worked in the Human Nutrition Laboratory on projects related to the determination of selenium and vitamin E in foods.  In 1986, Laura transferred to NIST into the Analytical Chemistry Group.  While at NIST, she has been involved in the development and certification of numerous SRMs, primarily for nutritional and toxic elements.  For the past ten years, Laura has focused on the  development of the QAPs and the food and dietary supplement SRM program. Laura has been a member of AOAC International since 2008 and the secretary of the Technical Division of Reference Materials (TDRM) since 2013. 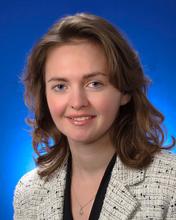 Dr. Katerina (Kate) Mastovska is an Associate Director of Research, Development and Innovation at Eurofins Food Integrity & Innovation (formerly Covance Food Solutions).  She is also a Technical & Industrial Director for Pesticides within Operational Best Practices Programme at Eurofins Scientific.  Prior joining Covance Laboratories in 2009, she worked at the U.S. Dept. of Agriculture (USDA) and served as an expert in the United Nation’s Food and Agricultural Organization (FAO) panel of the Joint FAO/WHO Meeting on Pesticide Residues (JMPR).  Dr. Mastovska is a Fellow of the AOAC International. Among other activities at the AOAC Int., she is an Official Methods Board member and a former co-chair of the AOAC Chemical Contaminants and Residues Community. She has authored/co-authored more than 60 scientific publications (journal articles, book chapters, and monographs), mainly focused on chromatographic and mass spectrometric analysis of chemical residues, contaminants and adulterants. Dr. Mastovska received her Ph.D. in Food Chemistry and Analysis from the Institute of Chemical Technology in Prague, Czech Republic. 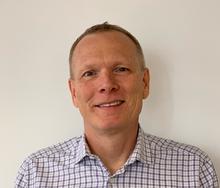 Christopher Smith is a director in the quality area at the corporate laboratory of Coca-Cola in Atlanta, GA.  His responsibilities include support to Coca-Cola facilities and bottlers in North and South America. In his work at Coca-Cola they employ a wide range of analytical techniques such as ICP-MS, UHPLC-MS/MS, GC-MS/MS, isotope ratio MS and NMR.    Christopher has been with The Coca-Cola Company for 15 years. He has authored publications on diverse topics such as atomic physics, mass spectrometry, agricultural residue analysis and biomonitoring/toxicology.  Dr. Smith received his B.S. in Chemistry from Drake University and a Ph.D. in physical chemistry in the NIST JILA laboratories at the University of Colorado, Boulder.

Pearse McCarron is a Research Officer and Team Leader with Measurement Science and Standards at the National Research Council Canada in Halifax, Nova Scotia. His research has a metrology focus, including the development of analytical methods and the production of certified reference materials for algal biotoxins, with a particular interest in toxins relevant to seafood and water safety.

Jon Wong is currently a Research Chemist affiliated with the U.S. Food and Drug Administration since 2002 and was a Chemist with the Bureau of Alcohol, Tobacco and Firearms from 1997-2002.  He obtained B.S. degrees in Chemistry and Chemical Engineering and a Ph.D. in Agricultural and Environmental Chemistry from the University of California, Davis and a M.S. in Chemical Engineering from Purdue University.  He is a member of the American Chemical Society and AOAC, a Board Member of the North American Chemical Residue Workshop (NACRW, formerly the Florida Pesticide Residue Workshop), a Co-Editor for the American Journal for Enology and Viticulture, and member of the Editorial Advisory Board for the Journal of Agricultural and Food Chemistry.  For most of his career, Dr. Wong has been developing multiresidue procedures of pesticides in food using chromatography coupled to mass spectrometry.  He is currently interested in developing liquid chromatography-high resolution mass spectrometry workflows for screening and analyzing small chemical residues and contaminants in food. 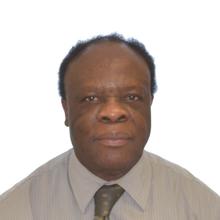 Dr. Boison’s research activities in the Canadian Federal Government were centred on the development and validation of sensitive analytical methods for the pharmacokinetic and pharmacodynamic studies of veterinary drugs in food animals, the development and validation of hyphenated and tandem mass spectrometric methods for regulatory monitoring of the use of veterinary drugs in foods of animal origin to facilitate international trade and the use of the results from those initiatives by risk assessors to inform regulatory decisions to protect human and animal health and ensure food safety.  Dr. Boison was the subject matter expert for the Canadian Delegation to the Codex Committee on Residues of Veterinary Drugs in Foods (CCRVDF), a member of the Joint WHO/FAO Expert Committee on Food Additives (JECFA) and travelled extensively auditing and inspecting meat and poultry slaughter establishments and laboratory facilities of Canada’s trading partners.

Dr. Boison has provided voluntary services to the AOAC since 1991 when he first accepted an appointment as an Expert Reviewer for Rapid Test Kits at the inception of AOAC Research Institute (AOACRI). He has since held positions of General Referee/Process Expert, Topic Advisor, Study Director, Expert Reviewer, Scientific Editor and member of the AOAC RI Board of Directors. He received the 2011 AOAC Process Expert General Referee Award and was awarded AOAC International’s highest scientific award, the Harvey W. Wiley Award for Research Excellence in 2015.

In 2007, Boison was appointed Section Editor for Veterinary Drug Residues for the Journal of AOAC International. Since accepting an appointment as an Expert Reviewer for veterinary drugs in 2007, Boison has served on and chaired several Expert Review Panels (ERPs) and provided scientific leadership directing/chairing the ERP meetings that have resulted in two methods for Official Method Final Action Status and 3 methods for Official Method First Action Status. Dr. Boison is currently co-chairing an AOAC International initiative for targeted testing procedures and methods in food authenticity and is the Chair-Elect for the AOACI Official Methods Board (OMB).
Created March 8, 2019, Updated October 24, 2019