The 380 MeV Synchrotron Ultraviolet Radiation Facility (SURF III), which is run by the Ultraviolet Radiation Group, and associated laboratories are contained in the D wing. The 150 MeV linear accelerator (linac), which was decommissioned in the 1980s, was almost entirely underground in the A Wing. The A Wing also contained the control room for the linac and a three-room experimental complex. The major facilities in the Radiation Physics Division are shown in the diagram below. 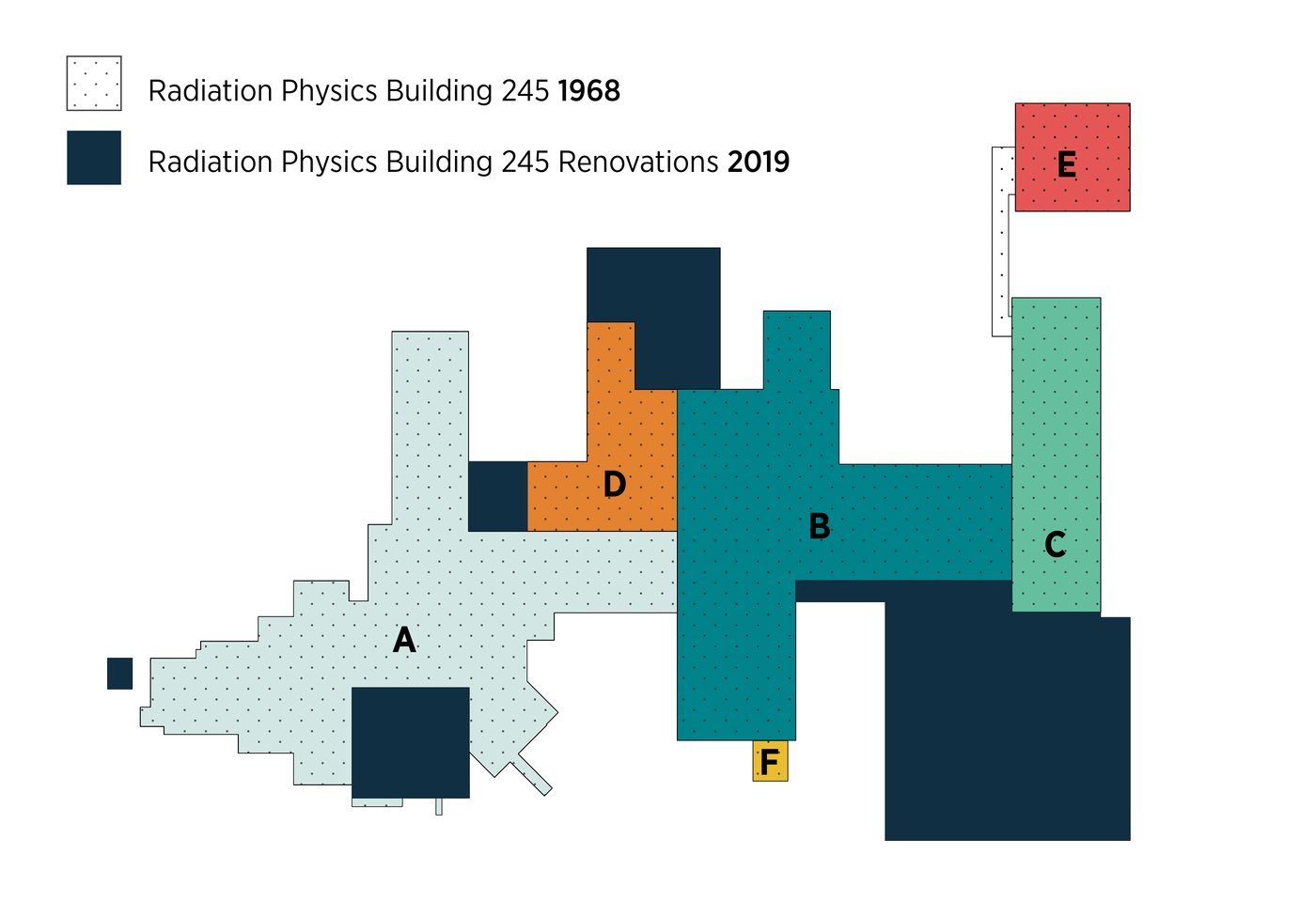 The Radiation Physics Building is a contributing resource to the NIST National Register Historic District because of its significance to the history of science and the history of architecture.