A recent Washington Post article outlined concerns with the nation’s organ recovery and transplant system and a Congressional inquiry that raised “questions about suspected financial fraud and criticiz[ed] the system for its ‘poor performance.’” The concerns have already resulted in new Trump administration performance standards for the nation’s 58 organ procurement organizations (OPOs), which collect organs from deceased donors and send them to transplant centers.

There are Baldrige Award-winning OPOs whose performance has proven to be just the opposite—OPOs that are not only saving more and more lives each year (improving their performance) but innovating the industry and sharing best practices.

These are the OPO examples of excellence that I wish were highlighted for Congress: 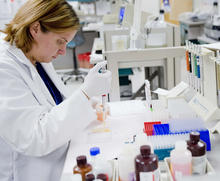 2019 Baldrige Award-Winner Center for Organ Recovery & Education (CORE) is federally designated to cover a population of 5.5 million in western Pennsylvania, West Virginia, and one county in New York. With a mission to save and heal lives through donation, CORE has many examples of performance excellence: 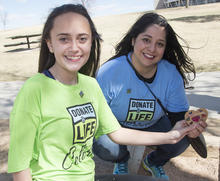 2018 Baldrige Award-Winner Donor Alliance is federally designated to cover 184,151 square miles in the states of Colorado and Wyoming. With a mission to save lives through organ and tissue donation and transplantation, Donor Alliance has many examples of performance excellence:

According to the nonprofit American Transplant Foundation, almost 114,000 people in the United States are currently on the waiting list for a lifesaving organ transplant. Another name is added to the national transplant waiting list every 10 minutes. On average, 20 people die every day from the lack of available organs for transplant.

So, I would share this evidence for hope—there are OPOs striving for high performance to save lives. I’m so proud that the three highlighted above are Baldrige Award winners and national role models.

I hope Congress might consider highlighting them for the learning they could share (and do share at the Baldrige Quest for Excellence® conference). These role models show that excellence and continuous improvement can result in real innovation and improvement to save lives. 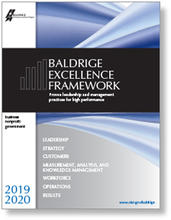 When Steve Bovey first learned about the Baldrige Excellence Framework, he was impressed that it was not “another flavor of the month” among management fads. In

The Baldrige Excellence Framework and its Criteria can be daunting for organizations new to the performance excellence model. “When you first open that

“Helping companies and leaders be ‘future-ready’ now!” That is how Cheryl Cran sums up the focus of her work as a successful business entrepreneur and author

If you have any questions about Blogrige, please contact Baldrige Customer Service at baldrige [at] nist.gov.