Patent of the Month: November 2020

The program is tested against input values that are partitioned into the equivalence classes. In a particular embodiment, representative values from each equivalence class is provided to the program, and the output the program is stored, e.g., in memory as a result vector. It is contemplated that the program can be executable code (including units, modules, scripts, and the like), data, system configuration files, machine environment state settings, and the like. In a certain embodiment, the program is executable program that receives the representative values as a substitute for the input values of the variable, which is the expected input by the program. 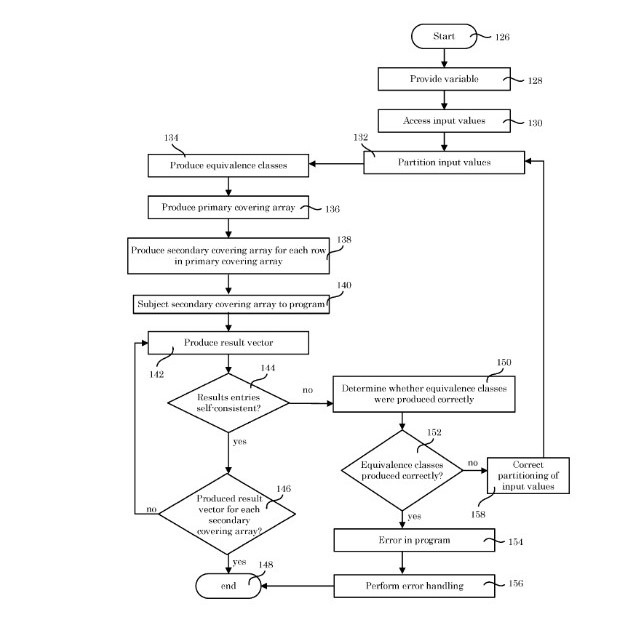 Conventional software testing requires the use of a 'test oracle', i.e., expected results for each set of inputs designated by a test. This invention eliminates the requirement for a test oracle for a significant class of software errors thus reduces cost. It is fully automated, obviating the need for the highest-cost components of testing - human involvement or a mathematical model of the system.

Licensing Inquiries may be sent to TPO@NIST.GOV

View other patents of the month here.