The application of robotics in manufacturing is hindered by their lack of agility, including their large changeover times for new tasks/products and their limited reusability.  Manufacturers have difficulty addressing this because of the complexity of robot systems, the lack of understanding of robot capabilities, and the absence of measurement science and tools to assess and assure the robot’s agility. Manufacturers have often avoided and/or accepted the agility limitations since robots are primarily used in large companies for large lot size production, and changeover is performed infrequently and manually., The key idea for this project is to develop the measurement science which will enable manufacturers to assess and assure the agility performance of their robot systems. This includes robot agility performance metrics, test methods, information models, and planning approaches – all of which will be validated using a combined virtual and real testing environment. This will allow manufacturers to gain more value from their robots by more rapidly reconfiguring and re-tasking robot systems, make robots more accessible to small and medium organizations, and provide large organizations greater efficiency in their operations. Any company that is currently deploying or planning to deploy robot systems will benefit because they will be able to accurately predict the long-term value or benefit by understanding the agility performance of their robot systems. NIST is uniquely qualified to address this because of our experience in robot performance characterization, information modeling standards, agility methodologies, and the combined real and virtual manufacturing robotics testbeds. 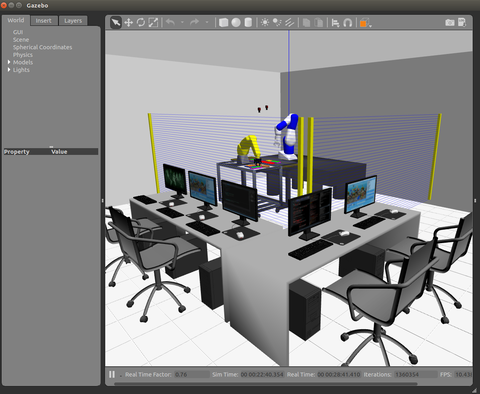 What is the Technical Idea?

The new technical idea for this project is to develop the measurement science enabling manufacturers to assess and assure the agility performance of their robot systems. This framework will include 1) robot agility performance metrics and test methods, 2) information models, 3) data sets, and 4) planning approaches. With this, the following will be possible:

What is the Research Plan?

The project will focus heavily on manufacturing assembly applications, but also begin to explore other manufacturing domains that have significant importance to our customers, such as order fulfillment and logistics.

This project will focus on standards and performance metrics. We will build upon our previous work in knowledge representation efforts in IEEE by contributing to more focused standards, such as the representation of robot tasks. Standard planning languages, such as the Canonical Robot Command Language, will continue to be improved and made available through the ROS Industrial Consortium. All of the standards developed in this project will be applied to industrially-relevant scenarios and realized in the Robot Agility Lab. These proof-of-concept implementations will help to validate the standards being developed and will demonstrate approaches by which industry can implement them.

Robot agility test methods and performance metrics will be emphasized and will be validated through the Agile Robotics for Industrial Automation Competition (ARIAC). Once they reach a suitable level of maturity, they will be standardized within a relevant standards organization.

The use of simulation will be a large focus, initially by serving as a gateway to make the Robot Agility Lab available to the public as a testbed, allowing researcher to explore novel robot agility approaches and allowing the project to validate performance evaluation approaches. ROS interfaces, through the Gazebo simulation package, will allow external researchers to try out their robot agility approaches before they implement them remotely in the Robot Agility Lab.

Artificial Intelligence approaches will play a significant role in the project. Initial AI approaches applied to dynamic re-planning and reasoning over formal knowledge representations will be expanded into machine learning techniques applied to perception and path planning, with the goal of designing experiments that will yield AI training data. Focus areas will include, but not be limited to, learning from teach tables, optimizing action sequences for shorter run times, and making the robots easier to configure/program for novices.

Some recent accomplishments in the area of Agility Performance of Robotic Systems include:

A Literature Review of Sensor Ontologies for Manufacturing Applications (October 2013)

Metrics and Test Methods for Industrial Kit Building (May 2013)

Functional Requirements of a Model for Kitting Plans (March 2012)

Robotic Grasping and Manipulation for Assembly