Acting Group Leader, Materials Structure and Characterization Group (National Institute of Standards and Technology, May 1999 – May 2000)

Dr. Daniel Josell joined NIST as a National Research Council postdoctoral researcher in the Metallurgy Division of the Materials Science and Engineering Laboratory in 1992. He became a permanent staff member in 1994. He has been Deputy Chief of the Metallurgy Division of NIST's Materials Science and Engineering Laboratory as well as Leader of the Division's Thin Film and Nanostructure Processing Group. He has also been a Technology Analyst in NIST's Program Office. He is author of more than 120 technical papers and two US patents.

He has received the:

Over the last decade his research has focused on advanced electrochemical deposition processes for void-free, defect-free filling of recessed features, including for fabrication of interconnects for microelectronics:

He has also examined the mechanical and thermal transport properties of multilayered materials, the thermodynamics of interfaces and the stability of nanoscale materials and structures.

Results for some efforts are given below (full details can be found in the publications). 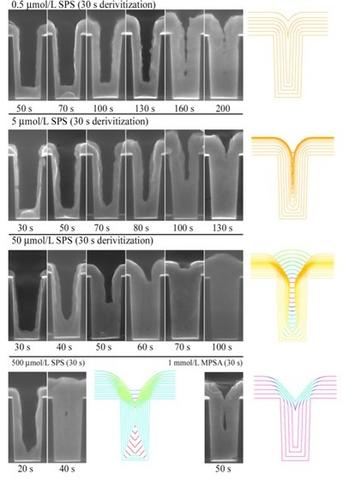 CEAC-derived superconformal deposition is generic, as shown by silver superfill. 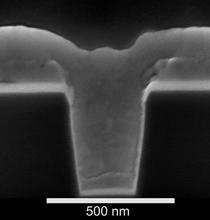 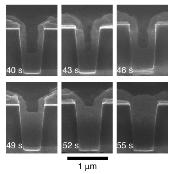 Filling of larger features by S-NDR mechanism: Electrolytes that allow passivation of a portion of the surface while another portion is actively depositing can yield bottom-up deposition in patterned features. The mechanism underlies copper filling of Through Silicon Vias (TSV) for wafer stacking applications in microelectronics.  S-NDR models explain this phenomenon, having provided quantitative prediction of copper, nickel, cobalt and gold feature filling, including two quite different geometries from the same mechanism: 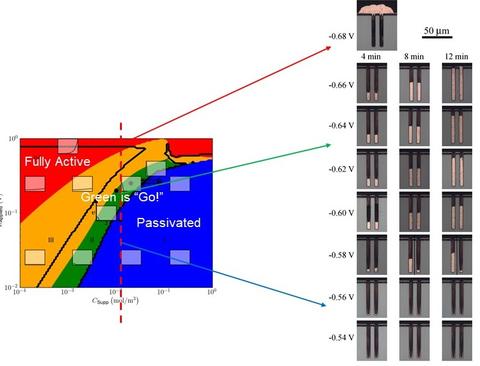 as well as much larger, millimeter size vias 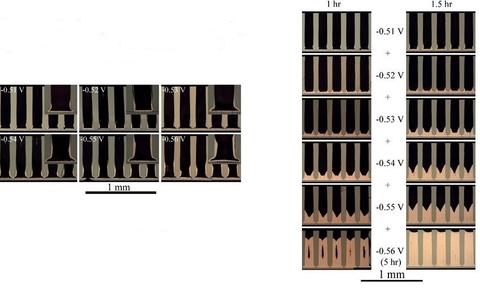 They also explain activation of the feature bottom as well as a portion of the sidewalls observed with systems exhibiting substantial suppressor incorporation, including cobalt 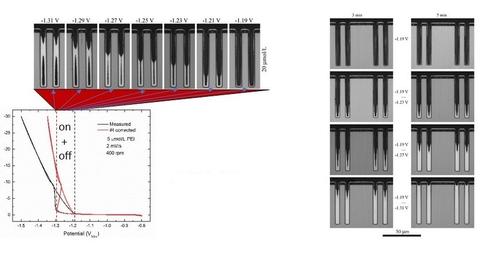 Bottom-up gold deposition for diffraction gratings: A newly developed process yields void-free, defect-free bottom-up gold deposition in tall and high aspect ratio features. In its third year, the effort is now receiving support from NIST's Associate Director for Laboratory Program through the Technology Maturation Accelerator Program. Collaborations, in place and being developed, focus on transferring NIST's Au filling technology for fabrication of diffraction gratings to be used in imaging applications.

Filling of taller features requires a shift to more positive potentials that yield an increasingly long period of passive deposition prior to bottom-up filling. 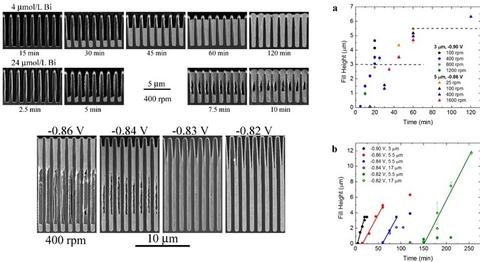 The process can be made self-passivating, filling automatically halting at a controllable distance from the field. 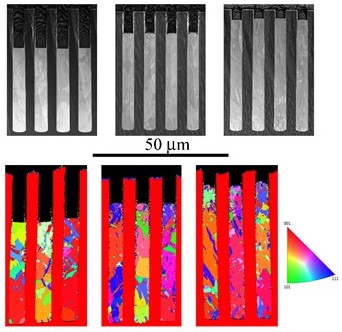 Void-free filling of trenches up to 210 micrometers deep and with aspect ratio (height/width) up to 30 has been detailed. An interesting microstructure and texture suggesting recrystallization from the sidewalls is observed by electron backscatter diffraction. 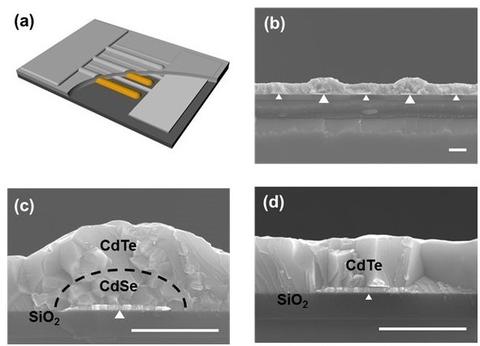 Optical response of structures with systematically varied geometries (e.g., electrode height, width and pitch) can be used to characterize the properties of materials and interfaces in structured photovoltaic devices. 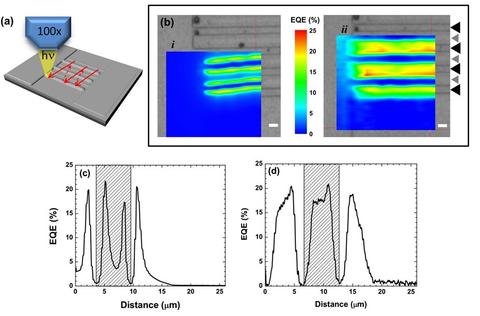 The role of surface passivation in eliminating defects that reduce define performance is also examined, using both standard i-V response under illumination as well as spatial mapping

Exploding wire experiments and modeling - studies of alloy melting: Surface morphology of rapidly melted TiNb alloys near critical features of the melting plateau reflect solidus and liquid temperatures that are measured through combination of pyrometry and polarimetry. 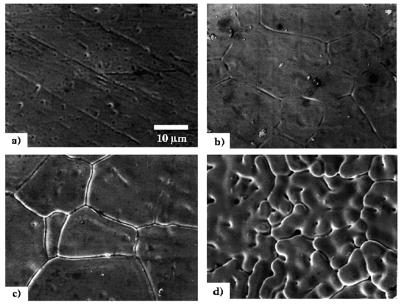 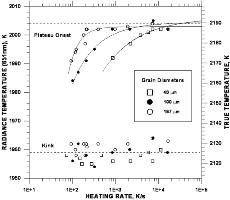 The impact of grain size on local melting rate, and thus solute diffusion, is captured in rescaled data. 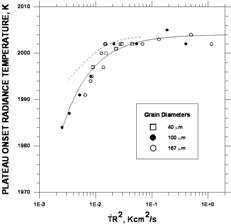 Thermal transport in multilayered films: Measurements using the "Mirage" technique enable measurement of thermal transport both in-plane and normal to the surface of thin film samples.These results showed the impact of decreasing the nanometer-scale bilayer thickness in Ti/Al multilayers of total thickness 3 micrometers. 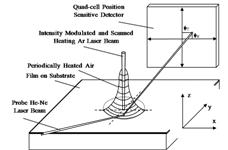 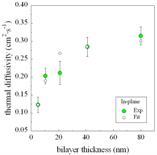 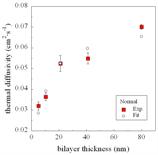 Interpretation of these and other properties of multilayer thin films must necessarily consider their microstructure, including interfacial mixing as evident in TEM images and associated composition maps of some of the Ti/Al multilayers. 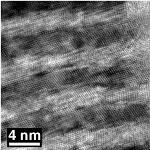 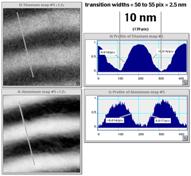 Acting Group Leader, Materials Structure and Characterization Group (National Institute of Standards and Technology, May 1999 – May 2000)