There’s nothing quite like a captivating image to make you want to learn more. And nowhere is that more apparent than when it comes to sometimes hard-to-understand science. Before we all get too settled into 2019, we thought we’d take a look back at some of our best pictures from 2018. If you missed these images the first time we shared them — on our website or in social media — we hope you’ll take the time this go-round to learn a little bit more about what we do.

AUTHOR’s NOTE: These images were all shared by NIST for the first time in 2018. Some may have been taken prior to that year. Images are listed below in no particular order. 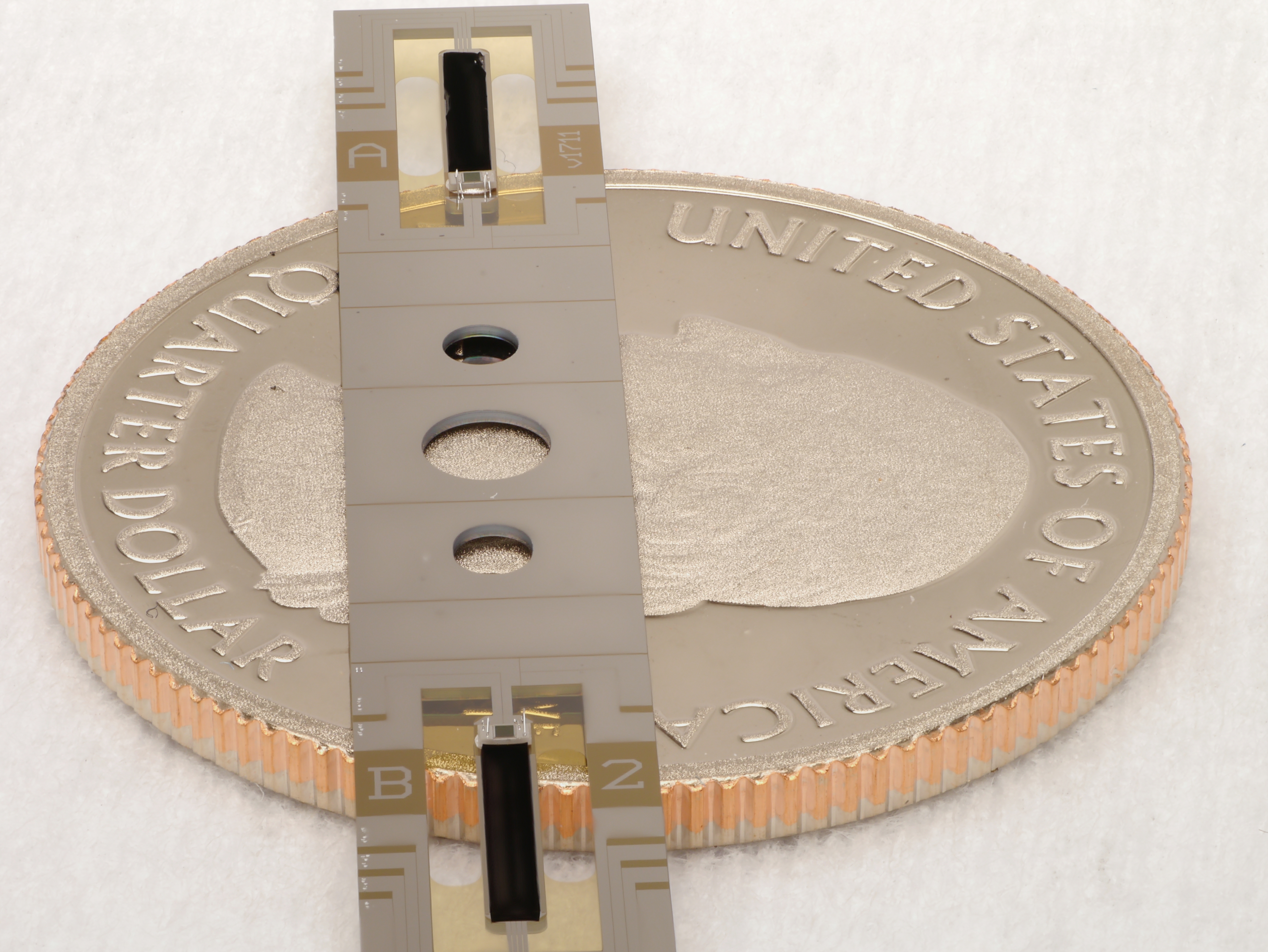 This novel “NIST on a chip” instrument was launched into space on a satellite from Vandenburg Air Force Base in California on Monday, December 3, 2018. (We’ve placed it on top of a quarter so you can get a sense of just how small this device is!) The chip is part of the Compact Spectral Irradiance Monitor (CSIM), an instrument that will monitor and measure the sun’s radiation for two years to help researchers understand how solar variability affects Earth’s climate. (The mission also is testing the effectiveness of smaller satellites that orbit for shorter lengths of time. The data from CSIM will be compared to data from a larger satellite.) The chips, which consist of carbon nanotubes and metals patterned on silicon wafers, measure light intensity and are smaller, faster, cheaper and equally, if not more, accurate than their predecessors. The chips were made under a recent agreement between NIST and the University of Colorado Boulder's Laboratory for Atmospheric and Space Physics (LASP), which built the CSIM. 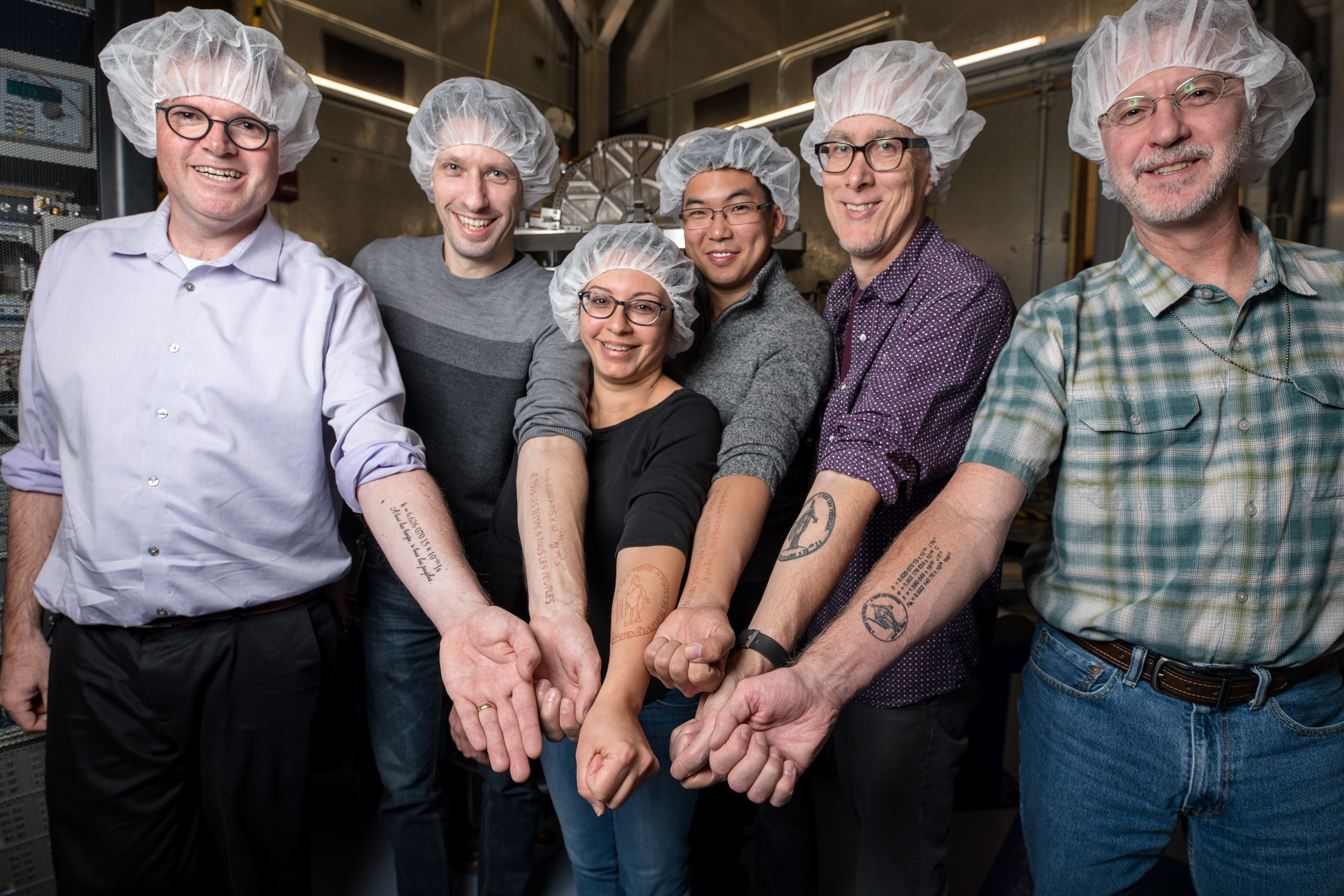 Three are permanent. Three are henna. All mark the 2018 redefinition of the kilogram. Starting in May 2019, the kilogram will no longer be based on an artifact kept in a vault in France. Instead, it will be based on a new agreed upon value for the Planck Constant. The vote was the culmination of a years-long international scientific quest for even greater precision. As to the real impact of this change … well, that’s an unknown at this point; however, historically, increasing the precision of a measurement or unit has resulted in some pretty amazing technological advances. (Think GPS, for one.) Find out more about the initiative and the science on our SI Redefinition microsite 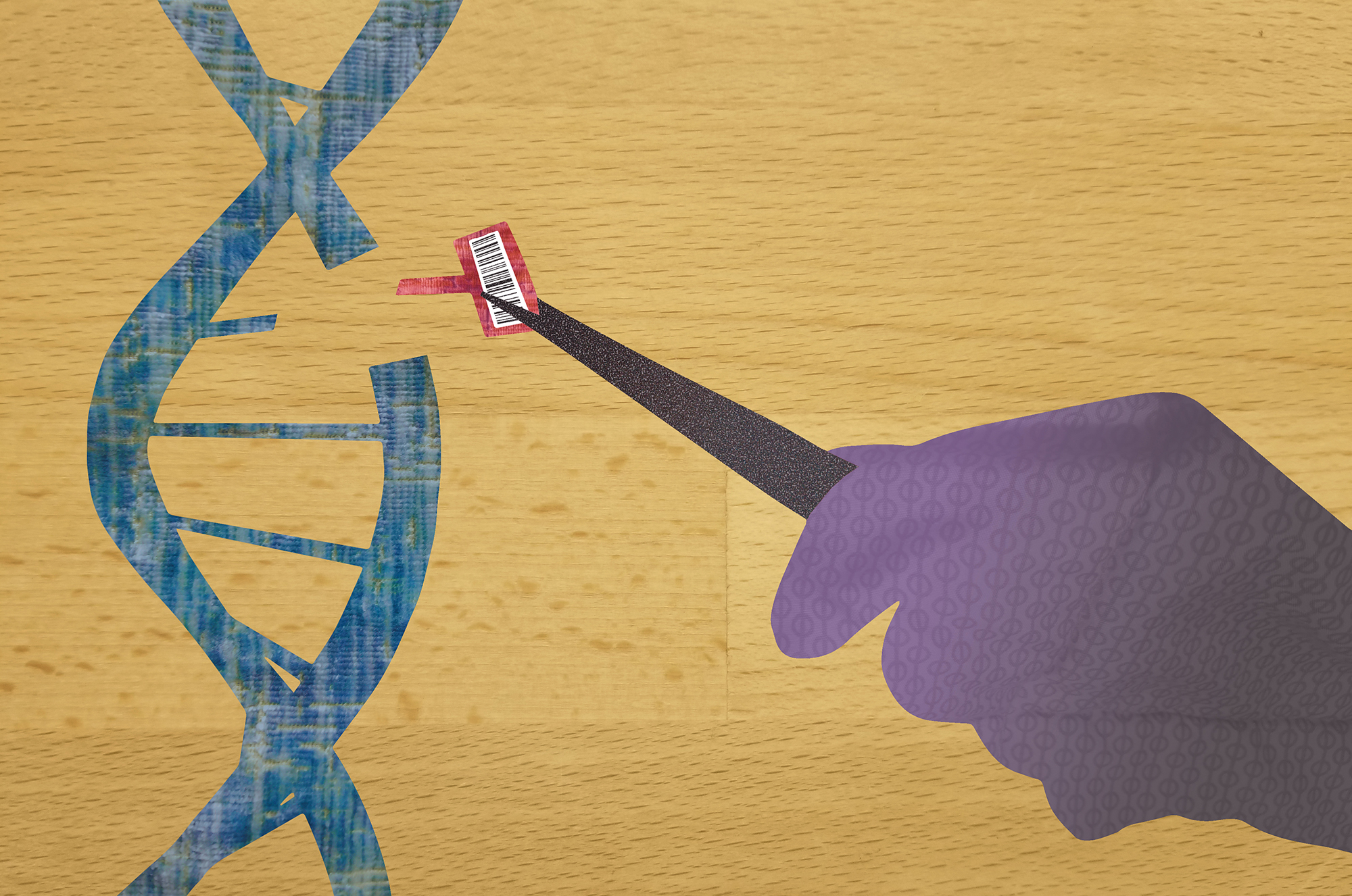 Ever since the human genome was declared officially sequenced in 2003, scientist, doctors and the general public have been excited about what it could mean for medicine. At the center of the excitement is CRISPR, a genome-editing technique that shows great potential for allowing doctors to “clip out” disease-causing genetic mutations. Last spring, researchers at the Joint Initiative for Metrology in Biology (JIMB, a collaboration between Stanford University and NIST) developed a new CRISPR platform called MAGESTIC. In the words of NIST science writer Alison Gillespie, “… the new platform makes CRISPR less like a blunt cutting tool and more like a word processor by enabling an efficient ‘search and replace’ function for genetic material.” Read more about MAGESTIC

Science for the ages 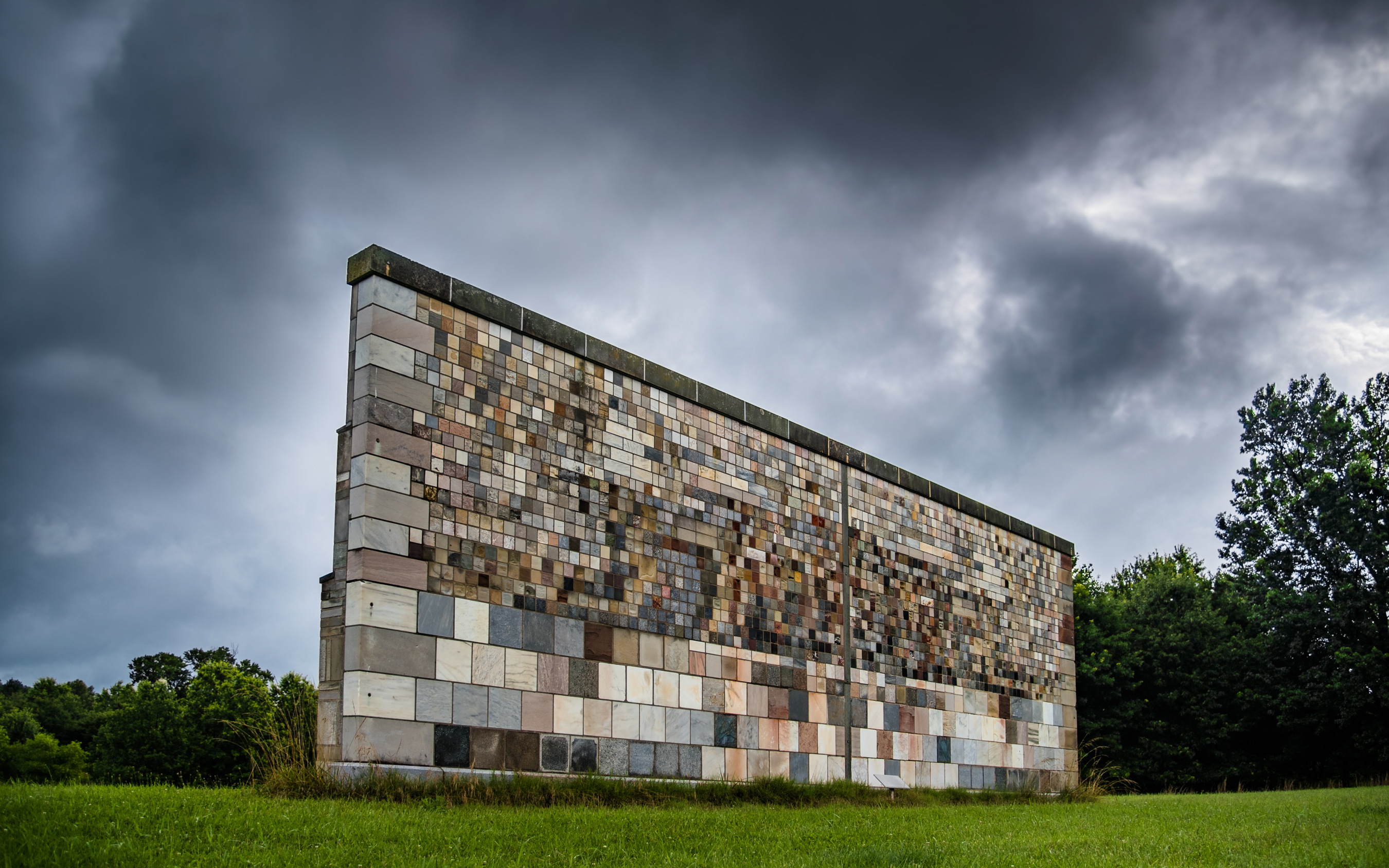 What may look like just a cool patterned wall actually comes with some serious science! Made up of more than 2,000 square and rectangular stone samples from all over the world, the 70-year-old wall is the longest-running weathering experiment of its kind. The wall started out on NIST’s Washington, D.C., campus and was moved to its Gaithersburg, Maryland, home when the organization headed to the suburbs in the 1960s. Learn more about the wall in this blog post.

It’s getting cold up in here! 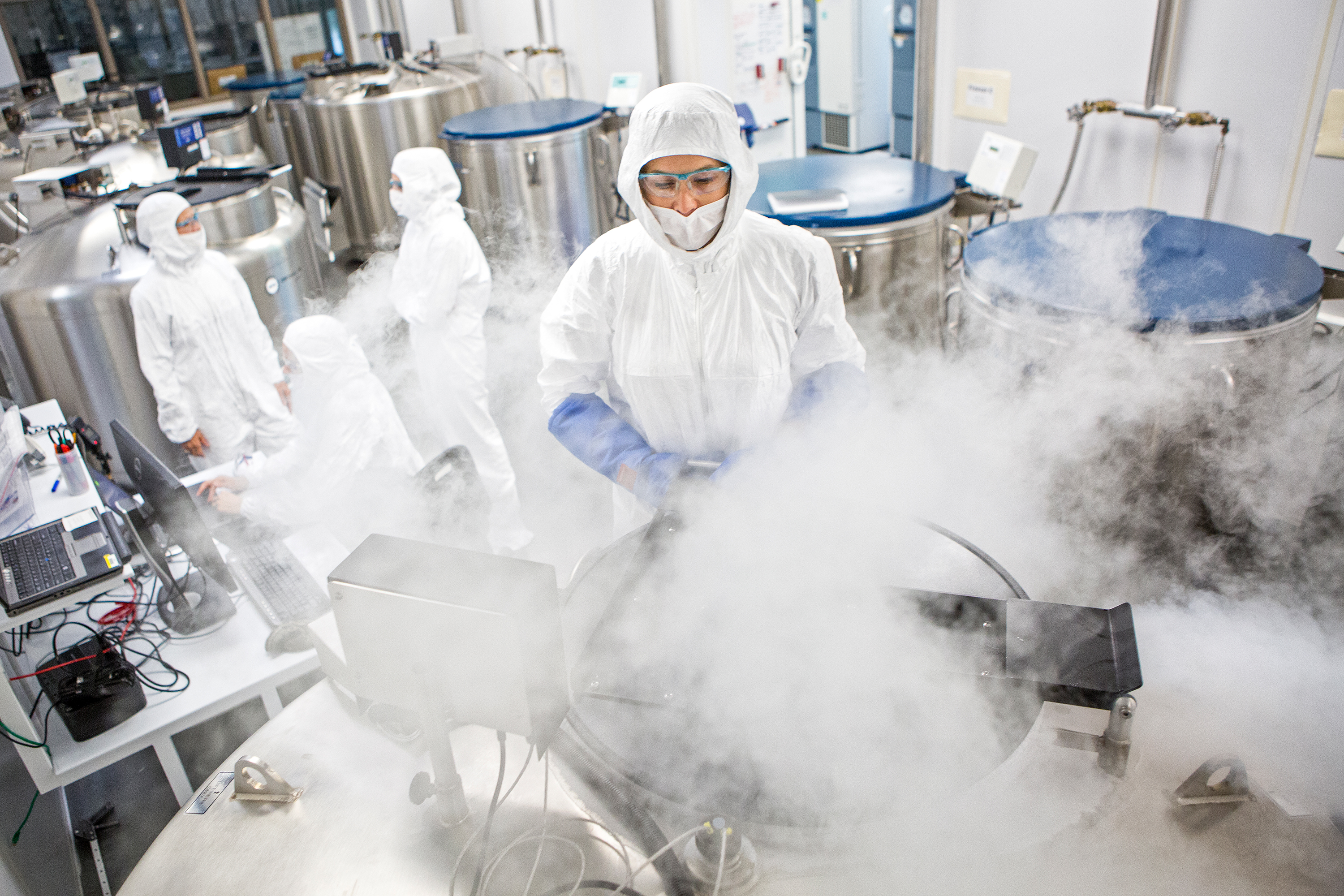 Ah, liquid nitrogen. Known around high school science classrooms as that smoky substance that helps teachers grab their students’ attention, it actually serves important purposes in scientific research and sample preservation. For NIST, it helps preserve the hundreds of specimens stored in the lab’s environmental specimen bank. The specimens include tissue from marine mammals, sea turtles, mussels and oysters, as well as eggs from seabirds and peregrine falcons. Oh, and there’s also human liver tissue from EPA studies, too. The items stored here are incredibly rare and, in some cases, irreplaceable, so it’s critical that they be preserved … even when their home in Charleston, South Carolina, is under attack from Mother Nature. Learn more about NIST’s environmental specimen bank and how the scientists there prepare for bad weather in this feature story 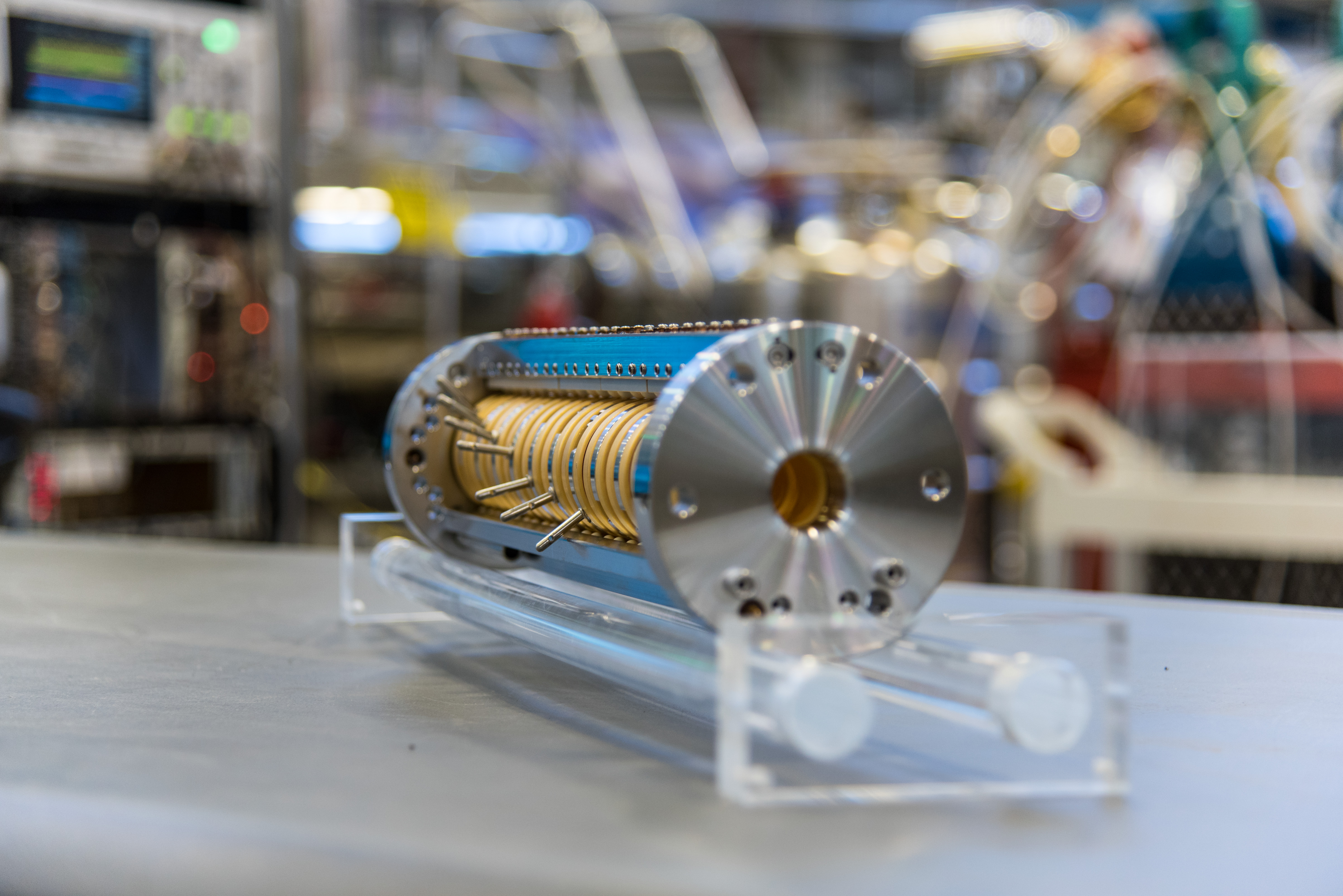 But don’t worry, you’re not likely to get caught in it. Researchers at the NIST Center for Neutron Research are using this proton trap to measure the neutron’s lifespan, or the amount of time it takes for a neutron to decay into its component parts (a proton, an electron and an electron antineutrino). Scientists shoot a beam of neutrons into the proton trap. As the neutrons decay, the protons are caught and counted. From the number of trapped protons, the neutron lifetime can be calculated. This device is at the center of a current scientific debate: Is the neutron lifetime 14 minutes and 39 seconds or 14 minutes and 48 seconds? Those 9 seconds may not seem like much, but they could hold the key to discovering the origin and identity of dark matter. While the verdict is still out on what dark matter is or which count is correct, we do know that precisely measuring the neutron lifetime will give us a better understanding of fundamental physics, the Big Bang and our future. 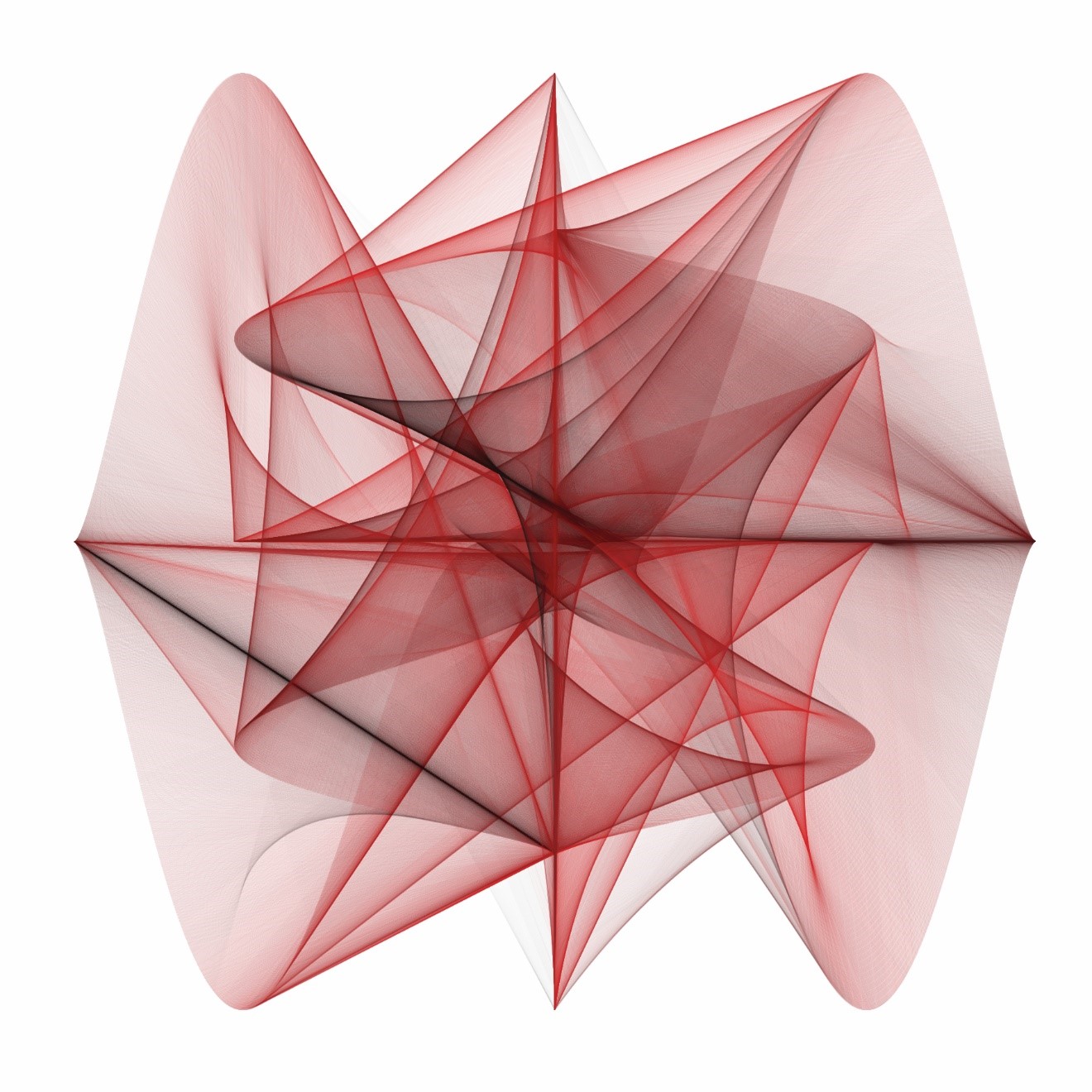 Now, this is a TRUE example of STEAM (Science-Technology-Engineering-Art-Mathematics)! Created by NIST mathematician Hari Iyer, this computer-generated art is the result of tracing out undulating mathematical functions known as sines and cosines. But Hari’s work isn’t just about making something pretty. Mathematicians can combine sines and cosines to help model actual surfaces that can then be used to engineer shapes for objects such as car parts. Not that you’ll be seeing this particular sine-cosine pattern resulting in a car part any time soon!* 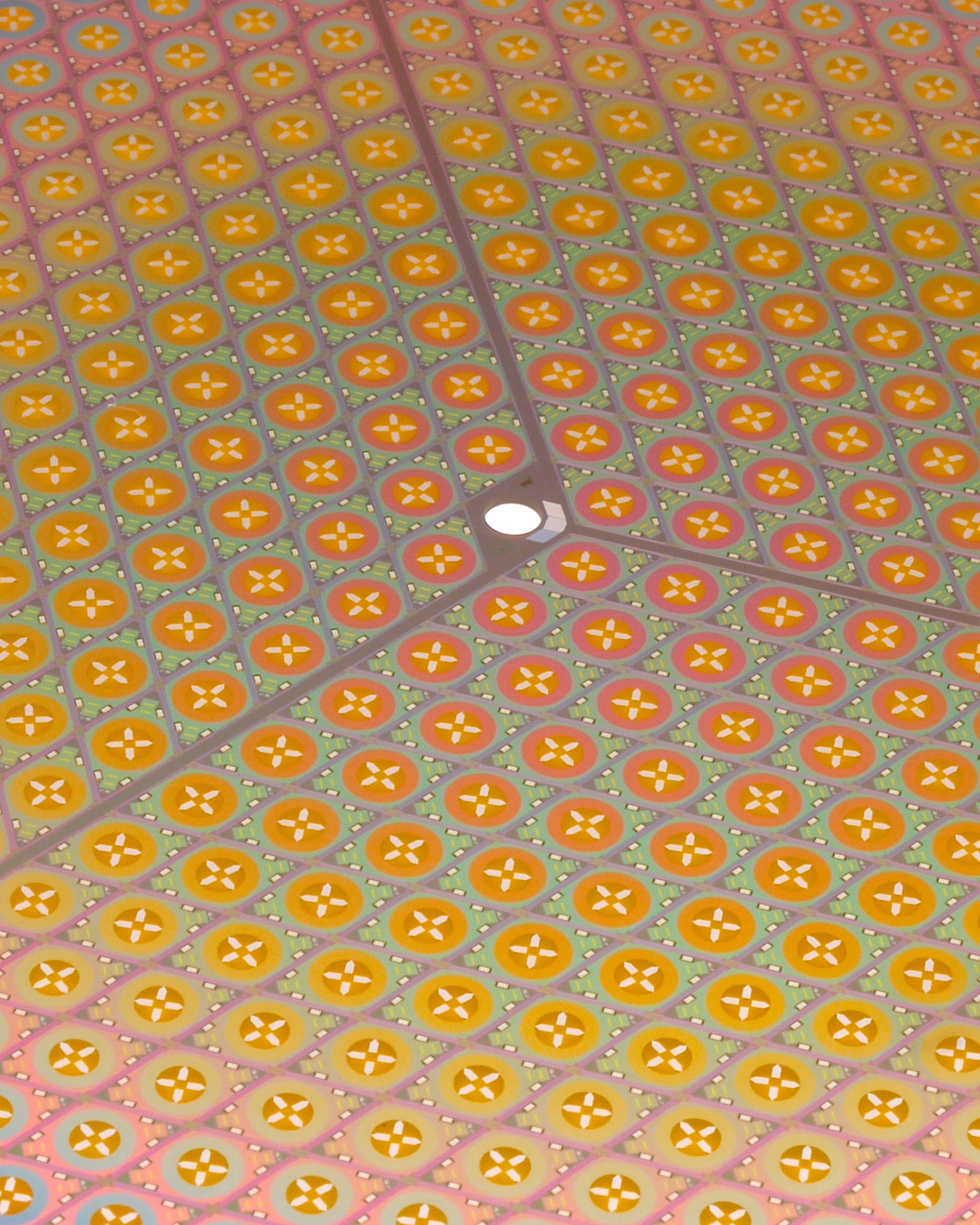 NIST researchers used geometry and trigonometry to create these rhomboidal (flattened square) tiles to make up hexagonal detector chips for the Atacama Cosmology Telescope in Chile. These tiles are unique because most integrated circuits are made with tools that use all right angles, meaning the resulting tiles are squares. Why does this matter? Because hexagons collect about 20 percent more data. That means these tiles will make the scope's camera about 20 percent more efficient at collecting light and help it get a better picture of the early universe. (NOTE: While the small tiles are rhombuses or parallelograms, they make it possible for the entire chip to have a hexagon shape.)

Robin Materese is the director of web content at NIST. An aspiring journalist in college, she fell into science communications when she took a job promoting general interest science books at the...

It’s usually pretty straightforward to explain how my work on clinical measurements is a benefit to society, but sometimes I get confused looks when I tell

In his 1959 lecture “There’s Plenty of Room at the Bottom,” Richard Feynman invited us to enter a new field of physics. He envisioned, with remarkable

While the proton trap is the most amazing thing on the list, all are amazing in their own way. I'm so happy NIST took the time to create this list to highlight some of their many accomplishments. Maybe next year they can do a 2019 "wrap up" video, which would make it easier to share on social platforms.

NIST, I can't wait to see the next big thing you publish!

Thanks! I'll pass on your idea of a "wrap-up" video to the video team for the end of this year.

As a fan of NIST, I congratulate all of your on your dedication, passion and curiosity that drives your work and your accomplishments. I am always impressed with the achievements and advancements that is see from NIST as a former chemist and InfoSec Engineer. From the kilogram to outer space, you guys rock.

How fascinating the world of measurements, as a Chemical Engineer and having more than 15 years in metrology I am still in love with this science, I appreciate all the contribution of NIST and the dissemination of their scientific work, I am super fan of their publications and every day I enter your website, from the Division of Metrology of the National Institute of Normalization of Chile ... A Venezuelan contributing his experience in metrology to this beautiful country that received me kindly.