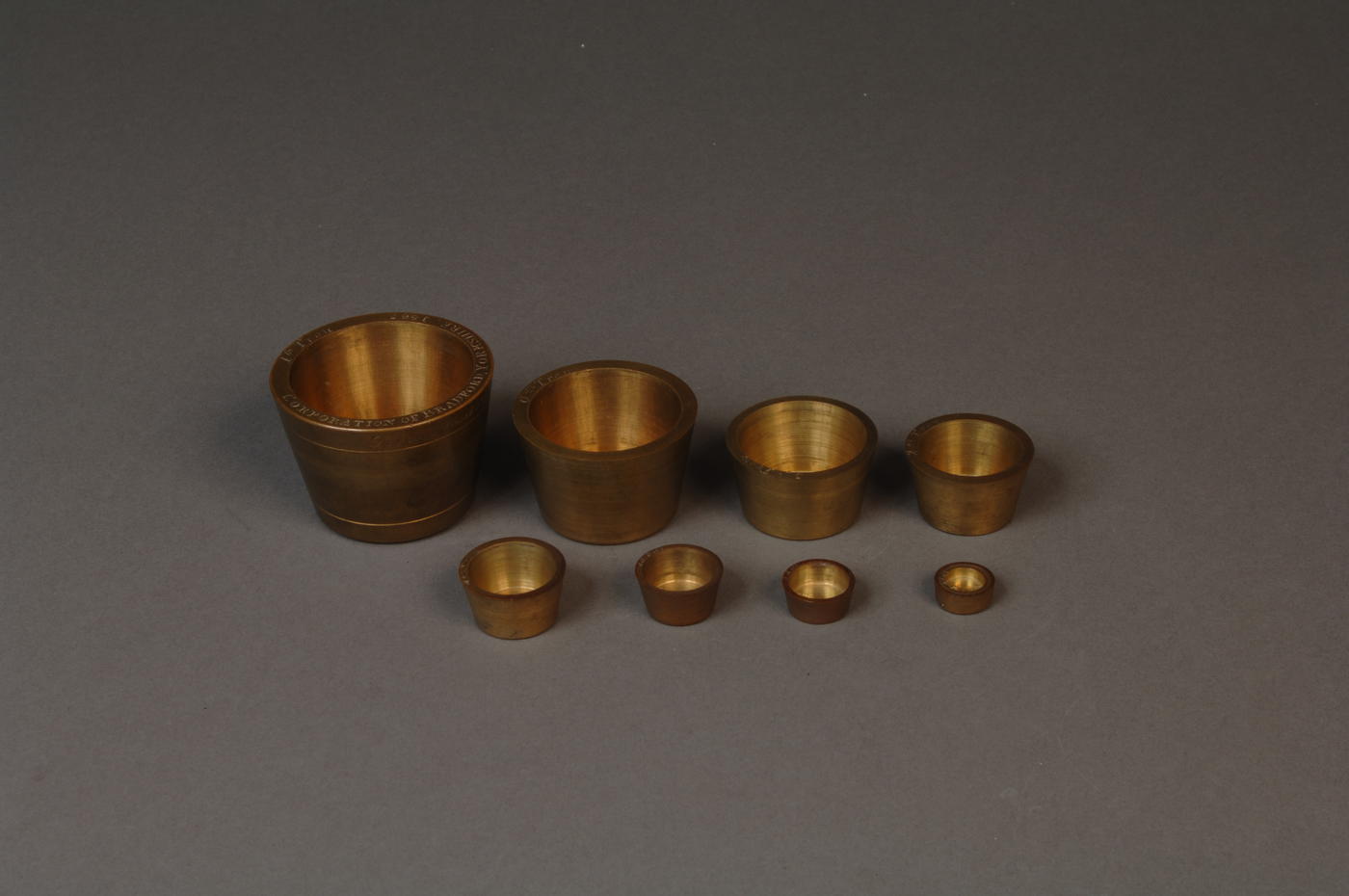 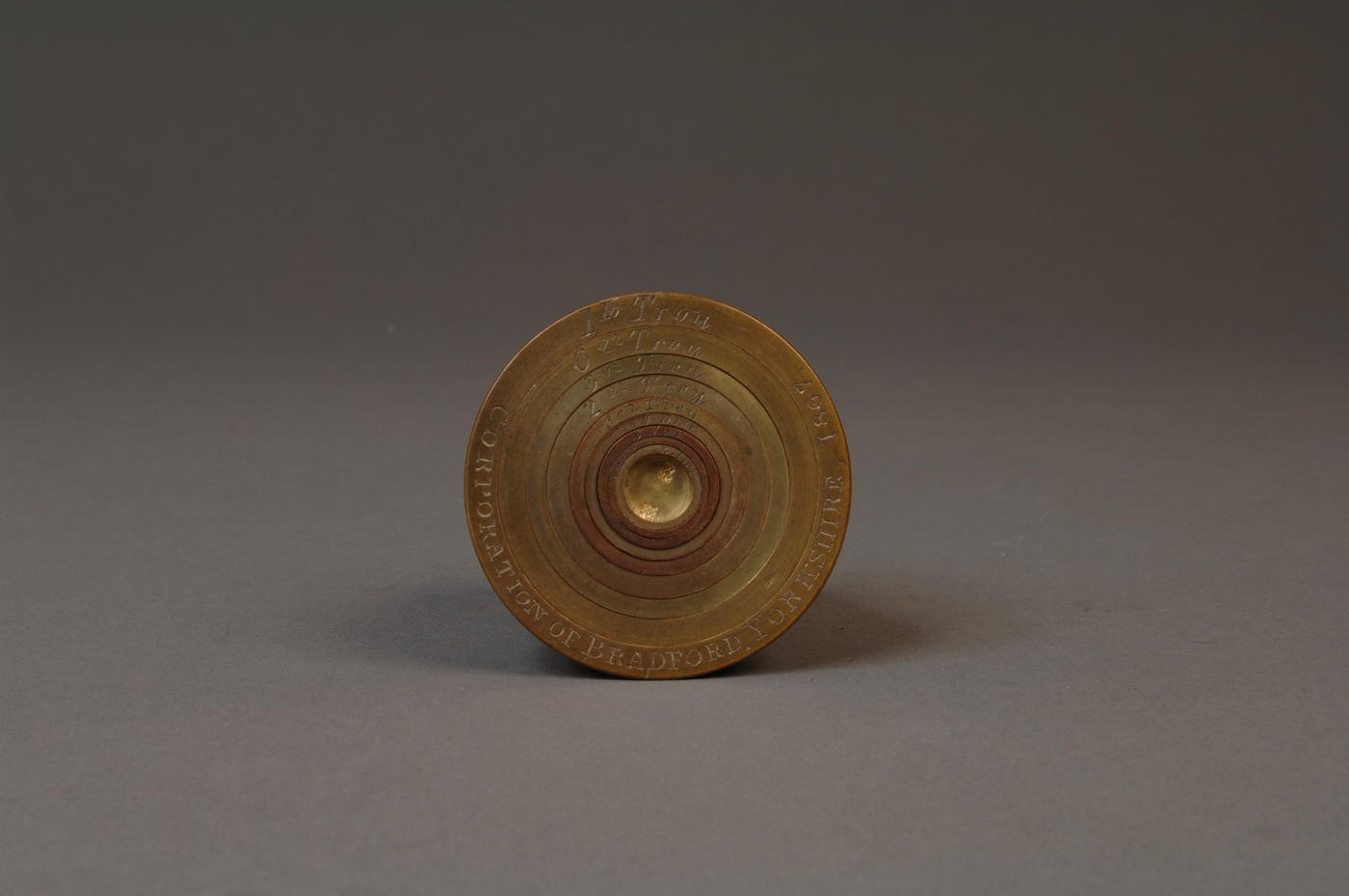 This set of English troy standards (1867) was presented to the National Bureau of Standards in 1965 by William J. Owen, Chief Inspector of Weights and Measures, Bradford, England. No longer authoritative when presented by Owen, the weights were once local standards in Bradford. The series of denominations was unusual, consisting of 1 lb troy, followed by 6 oz, 3 oz, 2 oz, 1 oz, five penny weights, and six grain weights. Several are missing.