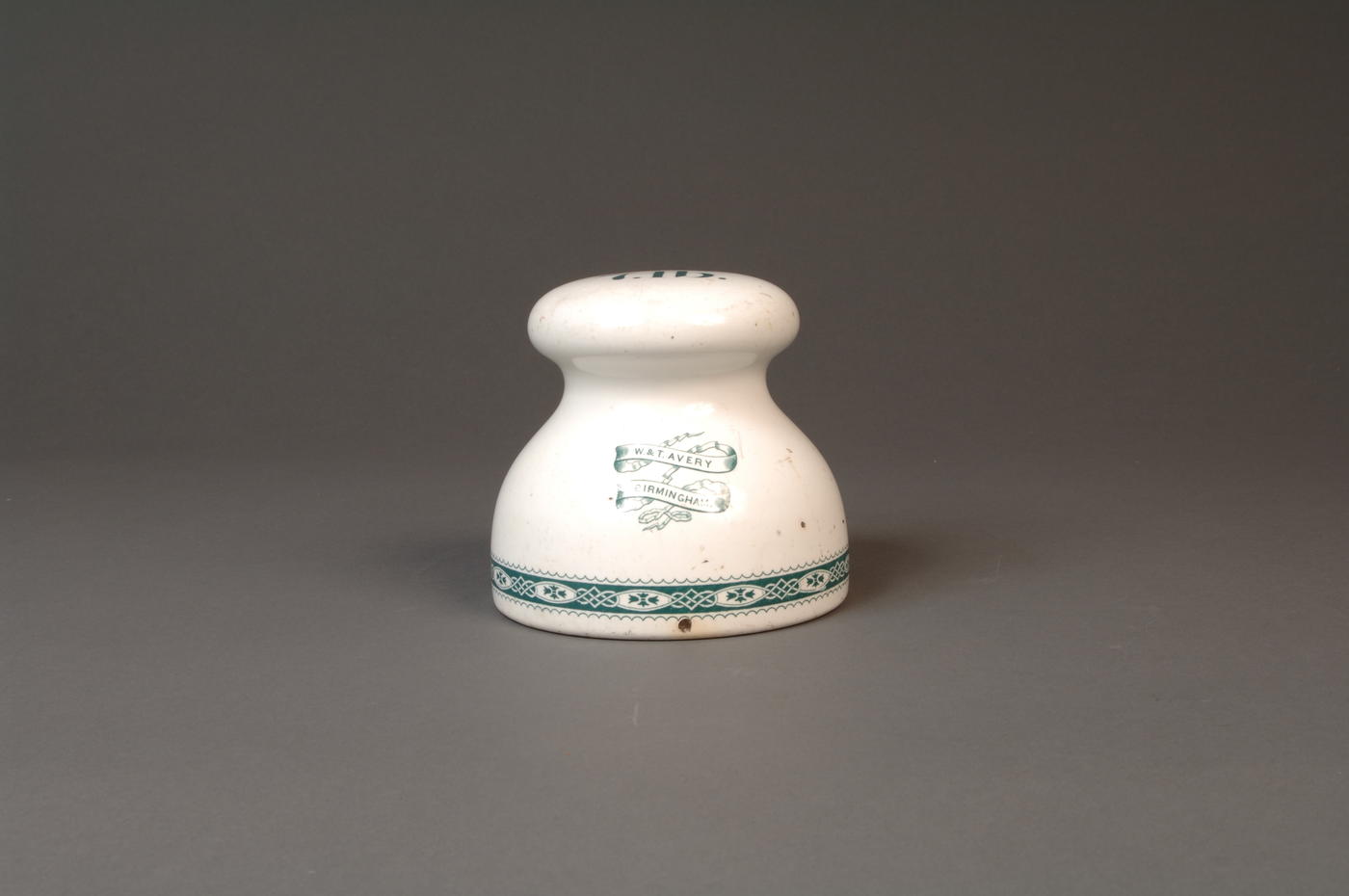 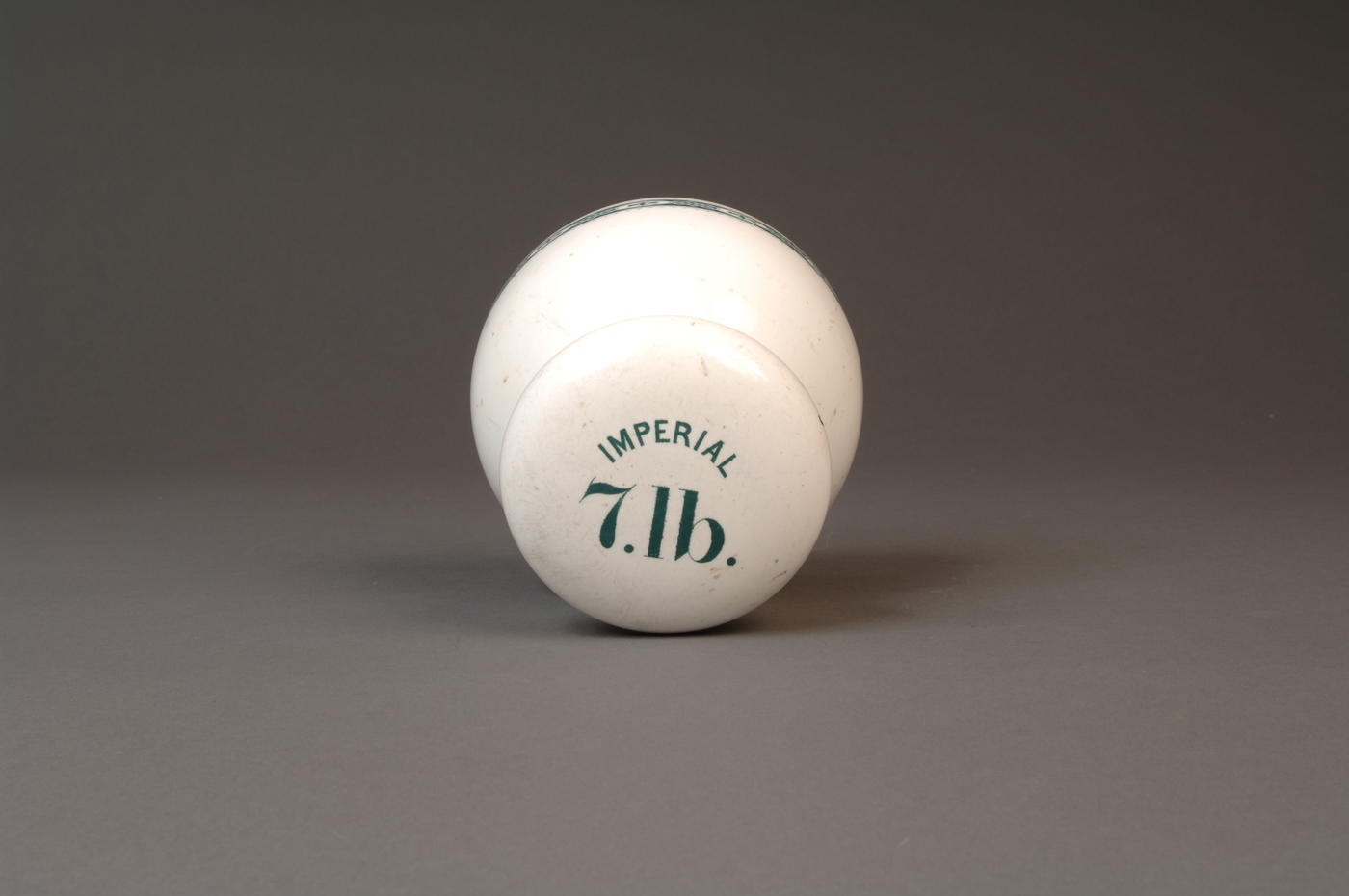 This English trader’s 7 lb weight was given to the National Bureau of Standards in 1965 by William J. Owen, Chief Inspector of Weights and Measures, Bradford, England. It was in use between 1878 and 1907 but, according to Owen, “became obsolete in 1907 by virtue of legislation forbidding use of earthenware.”