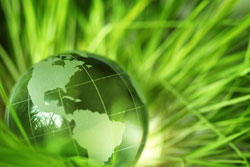 What is the difference between NIST's "Identified Standards" list and the SGIP's "Catalog of Standar ds"?

As the various stakeholders in the smart grid community—including utilities, manufacturers, regulators, and
consumers—participate in the growth and evolution of the smart grid, they will be guided by standards identified by technical experts. Two resources that will be useful to smart grid stakeholders are the following:

This article describes these two resources, including their purposes, relationship, and usefulness to the smart grid community.

Here are some key points to remember:

The processes used by NIST and the SGIP to compile and revise these respective resources are different, but both involve extensive opportunity for feedback and input from stakeholders and the public. For the NIST list, the process involves publication of a draft document in the Federal Register, which is followed by a public comment period. NIST also solicits specific feedback from the SGIP and its working groups. For the SGIP Catalog of Standards, the process involves reviews by SGIP working groups and "super-majority" votes by the SGIP Board of Directors and by SGIP participating members, thus indicating a level of industry-wide consensus.

1 The NIST Framework and Roadmap for Smart Grid Interoperability Standards, Release 2.0 was developed by NIST to meet its responsibilities in EISA 2007, in which NIST is given "primary responsibility to coordinate development of a framework that includes protocols and model standards for information management to achieve interoperability of smart grid devices and systems."

2One source of potential confusion is that some people refer to a "NIST list" without clearly indicating whether they are referring to only the "Identified Standards" list (Table 4-1) or whether they are referring to both the "Identified Standards" list and the "Additional Standards, Specifications, Profiles, Requirements, Guidelines, and Reports for Further Review" list (Tables 4-1 and 4-2). Both listings are useful as part of the overall framework for achieving interoperability of smart grid devices and systems.