Is the Fare Fair? Taximeter Testing in the 1920s and Today 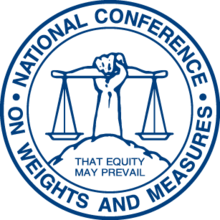 Credit: National Conference on Weights and Measures, used with permission

The annual National Conference on Weights and Measures (NCWM) was first organized in 1905 by the National Bureau of Standards (now known as NIST) to bring together federal, state, and municipal weights and measures officials with U.S. industry to address problems and set specifications and tolerances for weighing and measuring devices. One issue dealt with by the 1928 and 1929 NCWM was the impact advances in taximeter technology would have on taxi distance/fare calculations. These issues remain relevant even today.

Although horse-drawn for-hire carriages had been operating for centuries, the modern taximeter cab was invented in Germany in the 1890s. The term ‘taxicab’ is a contraction of the German word Taxe, meaning tax or charge, and the French term Cabriolet, originally the name for a style of horse carriage that would also be applied to automobiles. New York businessman Harry N. Allen is credited with bringing the first metered taxicab service to the United States. In 1907 Allen found himself incredulous after being charged a flat $5.00 fare (equivalent to more than $100 today) for a less than a mile trip by horse-drawn carriage. Determined to start a service that would charge based on the distance traveled, Allen raised funds to import 65 French Darracq taximeter-equipped automobiles and opened the New York Taxicab Company in October of 1907. The fare was 50 cents per mile. That was still a steep cost for the average person, but a new U.S. industry was born.

Is the Fare Fair?

By the 1920s taxis were common throughout the United States. Taximeters of this era were attached by cable to one of the front wheels of a taxi. The taximeter would record the revolutions of the non-driving wheel (most automobiles of the period were rear-wheel drive) to measure distance traveled and calculate the fare. But wheel-attached taximeters required frequent maintenance, and the ease of access to the taximeter equipment at the front wheel meant unscrupulous individuals could easily alter the machinery in their favor. Furthermore, automobile manufacturers were beginning to add front-wheel brakes to more vehicle models, leaving less room at the wheel to attach a taximeter. To address these issues, taximeter manufacturers developed a new type of meter attached to the taxi’s transmission instead of the wheel. The sealed and internal transmission connection required less maintenance and was more tamper-proof. But would this new technology accurately calculate distance? There was concern that during foul weather spinning rear tires on wet roads would be calculated as movement, even though the taxi was not progressing forward. Ralph W. Smith, chief of the National Bureau of Standards Office of Weights and Measures (pictured third to the left of the President in the 1928 photo, top), took charge of testing the new taximeters.

With the cooperation of local taxi companies Smith and his team installed both wheel and transmission taximeters on individual taxis for comparison tests. Concerned that their detailed studies could at times hinder the operation of these working taxis, Smith also took the unusual move of installing the taximeters on his personal automobile, which he referred to in his study as “The Pontiac.” In addition to testing the taximeters on real-world variable routes, Smith also asked the District of Columbia Highway Department to survey an official testing course, which extended five miles (8 km) from the north side of Scott Circle in downtown Washington, along 16th St. NW, to just beyond Alaska Ave. NW. The route was marked with 24 circular bronze medallions cemented into the street curb or on special stone monuments, identifying fifth, quarter, third, and full mile intervals. The medallions were labeled “Official Taximeter Testing Course, District of Columbia.” The course was intended not only for Smith’s research, but also to be used later for routine testing of taximeters by private companies and the D.C. government.

After running the taximeter tests on fixed and variable routes, with loaded and unloaded trunks, with passengers in the front or back seats, on flat roads and hills, and during all weather conditions, Smith determined that transmission taximeters worked equally as well as wheel driven ones. While it was true that spinning rear tires were measured as distance traveled by the transmission taximeters, overall the difference was negligible and within the acceptable tolerances.

There's an App for That

The National Conference on Weights and Measures continues to meet annually, and although they may no longer get an audience at the White House, interest in evolving taximeter technology continues. With the creation of app-based ride sharing services which measure distance and calculate fares using Global Positioning System (GPS) enabled mobile phones within, but not physically connected to the vehicle, the 1920s concerns about accuracy and parity with traditional taximeters have again been raised and the NCWM and NIST are working to address this through the formation of the U.S. National Work Group on Taximeters.

The group has developed a tentative code for the new software-based metering systems, known as Transportation Network Measurement Systems. The code was first published in 2018 in NIST’s venerable Handbook 44: Specifications, Tolerances, and Other Technical Requirements for Weighing and Measuring Devices. The code ensures parity between traditional taximeters and the new transportation network systems, and will be updated as the transportation-for-hire industry rapidly evolves and more services transition to the use of software-based metering.

Example of how to reference this exhibit:
NIST Museum. 2020. Is the Fare Fair? Taximeter Testing in the 1920s and Today. Gaithersburg, MD: National Institute of Standards and Technology. Online. https://www.nist.gov/nist-museum/fare-fair-taximeter-testing-1920s-and-today.