NIST in Your Day

NIST has a role in many of the things we do every day. 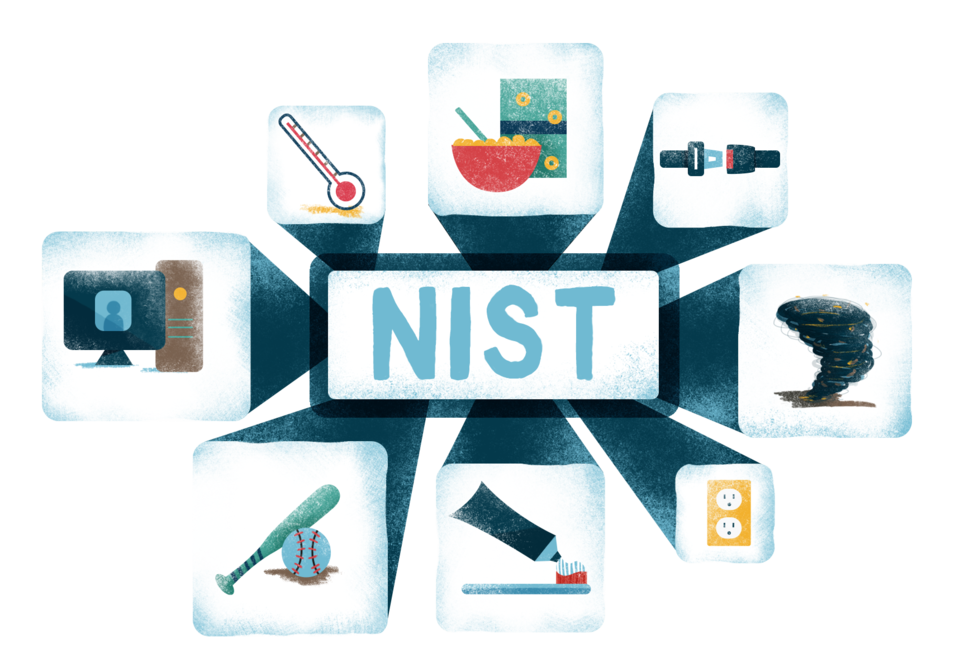 You probably start and end your day by brushing your teeth. (If not, you should.)
NIST has been trying to improve dental health for almost 100 years, starting with testing glues to hold false teeth in place! Today, NIST and its partners at the American Dental Association focus on helping you keep your teeth. We’re studying coatings that would keep out cavity-causing bacteria like a force field. We’re also studying ways to rebuild and replace bone that can be lost to cavities and disease.

A healthy breakfast is a smart way to get your day off to a good start.
NIST helps make sure the folks who make cereal and other foods (even food for your pets!) know how to properly measure the amounts of certain vitamins, minerals and other nutrients in each box. 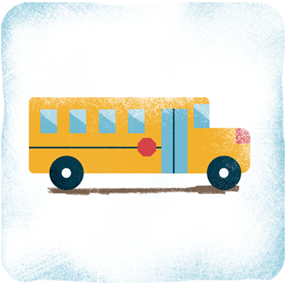 Ever wonder why all school buses are the same color yellow?
In 1939, some very sharp people realized that a certain shade of yellow was easy to see, even out of the corner of your eye. NIST helped to make it the standard color for buses, and now drivers know to watch out for kids whenever they see a yellow bus.

What time does your school start classes?
Did you know that NIST makes some of the most accurate clocks in the world? Having accurate time is important for a lot of things, like GPS or counting down the final seconds of an exciting basketball game. It’s also important for making sure you get to school and to your classes on time.

Your parent always makes you buckle up before you go anywhere in the car.
Did you know that cars didn’t always have seat belts? NIST research in the 1960s showing how seat belts saved people’s lives led Congress to make a law requiring seat belts in cars. NIST has also developed tests to make sure that early crash warning systems, which alert drivers if they’re about to have an accident, work correctly, keeping you safe on the road.

Maybe you didn’t go to school today because you’re sick, and if you’re sick you probably went to the doctor.
There are all kinds of things at the doctor’s office that rely on NIST work to be accurate: the blood pressure machine, the thermometer, even the medicines. Companies that make medicines use NIST measurements to make sure that each pill has the right amount of medicine in it so that you don’t get too much, which could make you even sicker, or too little, which would make the medicine not work.

Did you know that NIST helped to build one of the first computers, called the SEAC?
Though it was big and slow compared with the computers we use today (your cellphone is far more powerful and much smaller), the SEAC is important in the history of computing. In fact, it was used to make the first digital image, so remember that the next time you take a selfie. 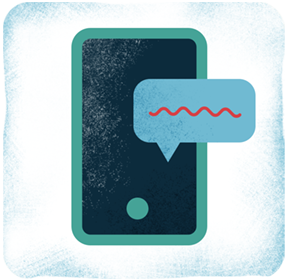 Do you like to send messages to your friends?
NIST helps to make sure that the messages you send over the internet can’t be read by anyone else. We do this by holding contests where the best computer programmers in the world compete to write programs that can turn your messages into a secret code that only your friend’s computer can read. Whoever comes up with the best way of turning regular messages into secret messages wins, and their method is then used by pretty much everybody to make their messages secret.

Do you or your parents have a cellphone?
Cellphones are amazing pieces of technology. They can send text messages, surf the internet, and even make phone calls, all while you’re zooming down the highway. You may know that cellphones get their signals from cell towers, which you can sometimes see along the side of the highway. When you’re driving out of range of one tower and into the range of another, how do you stay connected? NIST has a very accurate clock that cellphone companies use to synch your phone with their towers so you don’t lose your connection.

Your phone also has an antenna inside it that only responds to one frequency of radio waves, which is why you only get messages that are sent to your phone and not someone else’s. Those frequencies are also set using signals from NIST’s clock. 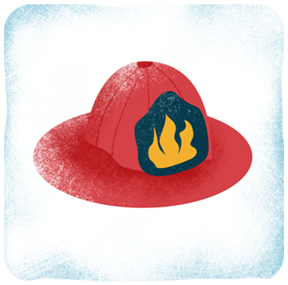 Do you want to be a firefighter when you grow up?
NIST has been studying fire and working with firefighters for a long time. We’ve developed tests to help companies make furniture and clothing that are less likely to catch on fire. We also developed tests to make sure that smoke detectors work properly, so you and your family have time to escape to safety.

NIST does research to help firefighters, too. We research everything from the best way to put fires out to the best materials and technologies to keep firefighters safe on the job.

Have you ever thought of being a pilot or an astronaut?
NIST has a very large machine (it weighs 1 million pounds!) that we use to make sure that the engines of planes and rockets are strong enough to get off the ground.

Did you know that your house is wrapped with a blanket of material that keeps it cool in the summer and warm in the winter?
That blanket is called insulation, and NIST has a device called a guarded hot plate that tests how quickly heat moves through a material, helping to establish ratings for its ability to keep your house at a comfortable temperature.

Do you know why all electrical plugs in the U.S. look the same?
Electric plugs look that way because they are standard. Standards are established when a group of experts from companies and laboratories get together to decide what is the best way of doing things. Once those experts decide, everybody uses that standard when making their products. That way, when your parents go to the store to buy a toaster or a new computer, they know that they’ll be able to plug it in with no problem. USB drives, lightbulbs and a ton of other things also operate based on standards. 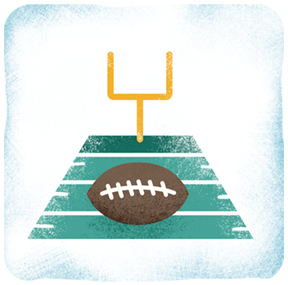 Do you like baseball?
Did you know that people used to think that curveballs didn’t really curve, but were an optical illusion? A former NIST director did tests in the 1950s to settle the question once and for all. He used measuring tapes and a wind tunnel to determine that curveballs really do curve. In fact, he measured that they can curve 17 inches on their way from the pitcher to the plate! Wow!

Whether you’re playing football or just going for a ride on your bike, it’s always important to wear a helmet.
NIST worked with the National Football League and a number of companies and innovative thinkers to develop tests for new materials for helmets to make sure they protect your head better so you can keep playing safely.

You know how in football you have to move the ball 10 yards to get a first down?
NIST has a special room outfitted with lasers that we use to measure distances very accurately. We use those very accurate length measures to make sure that all the measuring tapes, including the ones used to measure 10 yards in football, are accurate, too.

Have you ever noticed how many things are made from concrete?
Bridges, roads, buildings like your house and your school. NIST develop tests that factories can use to see how strong the concrete they made is. They can use that information to help make concrete stronger and longer lasting. 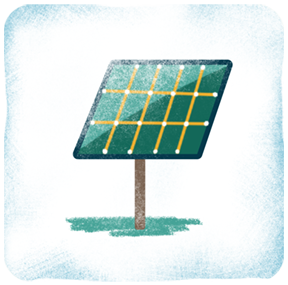 What’s the last thing you searched for on the internet?
A funny video or something for school? Internet search engines are really powerful ways of finding the information you want. NIST works with companies that build search engines and designs tests to help improve search engines so that they bring you even better, faster results.

Do you have solar panels on your house?
Solar panels are a great way to generate electricity without producing greenhouse gases, which cause climate change. And the electricity is free! NIST is studying solar panels to help improve their efficiency so that they produce even more electricity, helping your family save more energy and money while helping the planet as well.

NIST researches all kinds of energy-saving and energy-producing technologies.
In fact, NIST built an entire house to use as a laboratory! Called the Net-Zero house, the laboratory has a “family” of computers and robots that turns on and off the shower and the TV — even “breathes” — as if a real family lived there. The idea behind the lab is that the house will produce or save enough energy every year to cancel out the amount of energy the family uses, which makes it very environmentally friendly. In fact, the house has used less energy than it has produced ever since it was built! 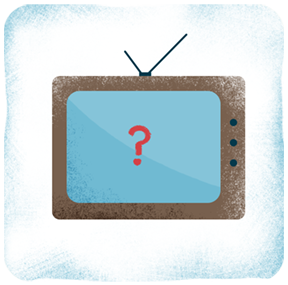 Have you had all your shots?
Vaccines are very important for people’s health, but did you know that they have to be kept at the right temperature or they’ll go bad like food that’s been left out of the refrigerator? NIST is studying how vaccines are stored and developing ways to keep them from spoiling. That way you know the vaccines will work to keep you healthy.

Tornadoes and wildfires can hurt people and destroy property.
NIST investigates natural disasters like these to see how they affect buildings and the people inside. Were the buildings able to withstand the storm? Why or why not? Were the people able to escape to safety? NIST uses the results of its investigation to make recommendations on how buildings could be built to better withstand natural disasters and how to make people safer when they do happen.

Do you ever watch crime shows on TV?
Scientists who help to solve crimes are called forensic scientists. They collect and analyze things like fingerprints and DNA and other types of physical evidence. NIST is working with police departments and scientists to improve how these types of evidence are collected and analyzed to make sure that the U.S. justice system is fair and based on the best science.

It might be hard to imagine, but NIST does all these things and so much more. So, remember us the next time you’re brushing your teeth, riding in the bus or car, surfing the web, or messaging with your friends. You may not have known about all the work that NIST does for you, but life would be a lot less comfortable, less safe and less certain without us.