Fire can be described in many ways - here are a few:

Fire can also be explained in terms of the Fire Tetrahedron - a geometric representation of what is required for fire to exist, namely, fuel, an oxidizing agent, heat, and an uninhibited chemical reaction.

Heat Energy is a form of energy characterized by vibration of molecules and capable of initiating and supporting chemical changes and changes of state (NFPA 921). In other words, it is the energy needed to change the temperature of an object - add heat, temperature increases; remove heat, temperature decreases. Heat energy is measured in units of Joules (J), however it can also be measured in Calories (1 Calorie = 4.184 J) and BTU's (1 BTU = 1055 J).

Heat Release Rate (HRR) is the rate at which fire releases energy - this is also known as power. HRR is measured in units of Watts (W), which is an International System unit equal to one Joule per second. Depending on the size of the fire, HRR is also measured in Kilowatts (equal to 1,000 Watts) or Megawatts (equal 1,000,000 Watts).

Conduction is heat transfer within solids or between contacting solids. 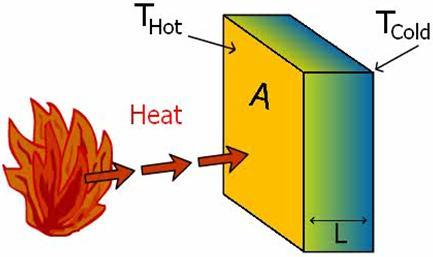 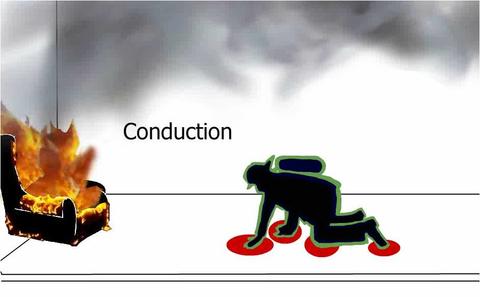 The governing nist-equation for heat transfer by conduction is:

Where T is temperature (in Kelvin), A is the exposure area (meters squared), L is the depth of the solid (meters), and k is a constant that unique for different materials know as the thermal conductivity and has units of (Watts/meters*Kelvin).

Convection is heat transfer by the movement of liquids or gasses. 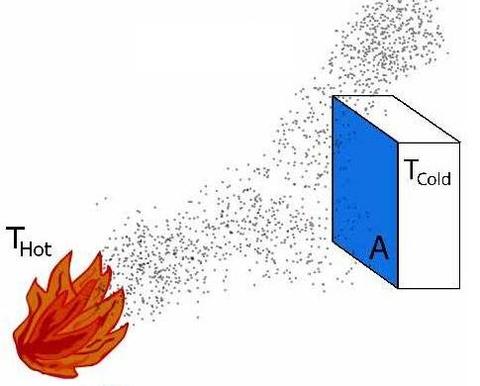 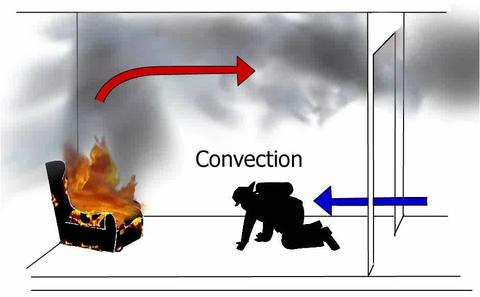 The governing nist-equation for heat transfer by convection is:

Where T is temperature (in Kelvin), A is the area of exposure (in meters squared), and h is a constant that is unique for different materials known as the convective heat transfer coefficient, with units of W/m2*K. These values are found empirically, or, by experiment. For free convection, values usually range between 5 and 25. But for forced convection, values can range anywhere from 10 to 500. 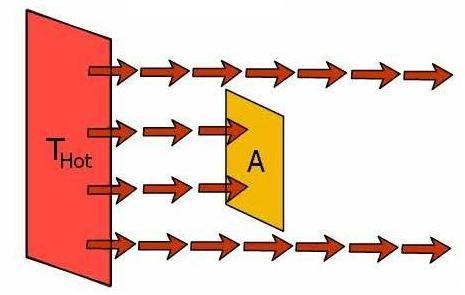 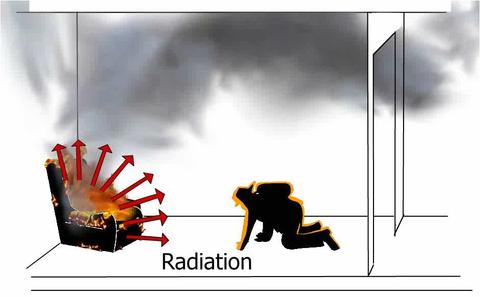 The governing nist-equation for heat transfer by radiation is:

Flashover is the transition phase in the development of a contained fire in which surfaces exposed to the thermal radiation, from fire gases in excess of 600° C, reach ignition temperature more or less simultaneously and fire spreads rapidly through the space. This is the most dangerous stage of fire development. 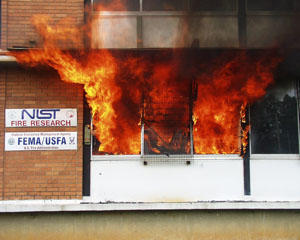 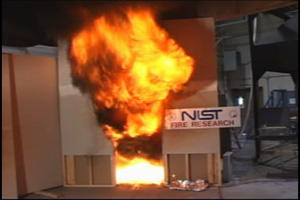