The tools provided will enable industry to more effectively design and develop new magnetic nanoparticles and provide guidelines to the FDA to properly compare systems when approving nanoparticle systems for clinical trials.

Optimization of magnetic nanoparticle synthesis for a specific biomedical application necessitates a solid understanding of both the fundamental magnetism and its measurement. Since most pharmaceutical companies employ biologists and chemists without such knowledge, we will aim to develop an ASTM standard for their use, applying established bulk and thin film techniques to nanoparticles systems for determining the appropriate magnetic properties of both individual and collections of nanoparticles.

There are also specific requirements for each medical application. For example, a novel variable field and frequency relaxometer will be developed for correlating the materials structure with T1 and T2 times to develop stable T1 and T2 SRMs for quantitative MRIs.  For hyperthermia therapy, a micro-calorimeter will be developed for accurately measuring temperature changes in a nanoparticle suspension under the influence of a high frequency alternating magnetic field.

We recently determined that strongly interacting coated magnetic nanoparticles yield very large increases (by a factor of seven) in heat output as compared to nominally identical particles which are only weakly interacting, illustrating the enormous consequences of using improperly characterized nanoparticles for hyperthermia treatment. This behavior was found in two nanoparticle systems which were nominally identical physically (as determined by photon correlation spectroscopy, transmission electron microscopy, and x-ray diffraction), and were very similar magnetically (although the nanoparticle system with the larger heating rate had the smaller saturation magnetization). The difference between the nanoparticle systems, identified through small angle neutron scattering, was the interaction radius, which was modified by changing the dextran stabilization layer. The more closely spaced nanoparticles interacted more strongly, utilizing a collective behavior to enhance the heating properties.  This finding is a significant departure from "common knowledge" in the medical community, which has long contended that non-interacting magnetic nanoparticles are the ideal material for hyperthermia treatment. 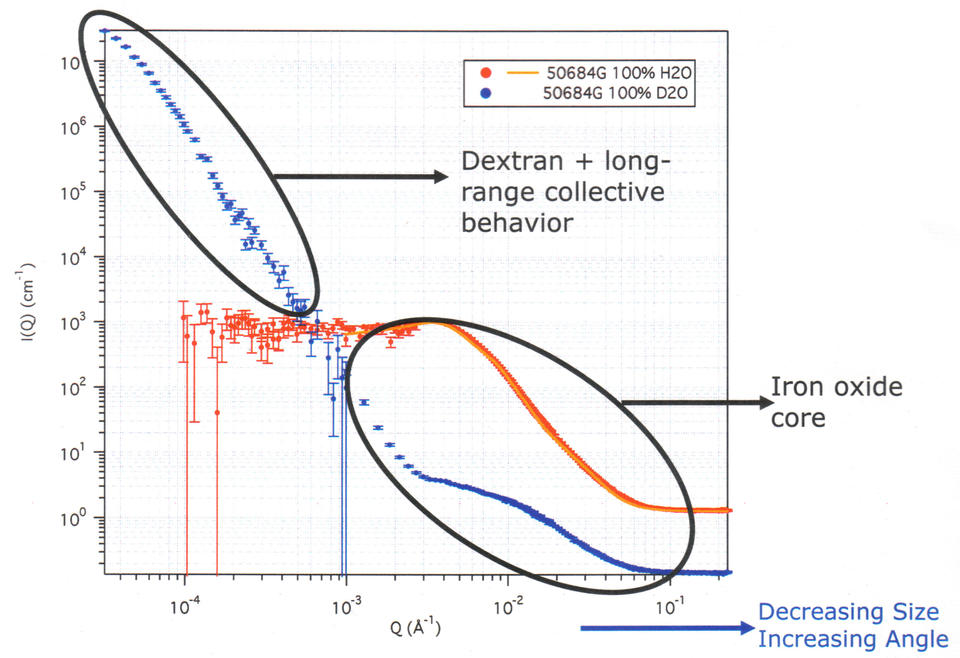 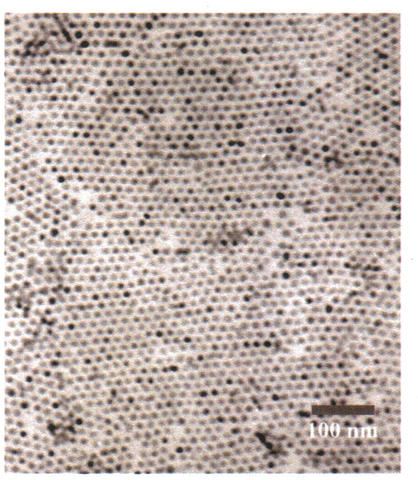 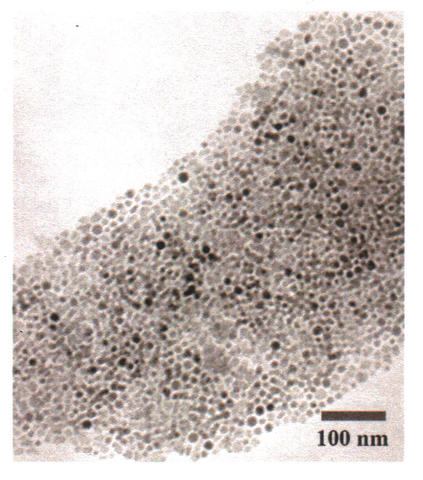 Experimental measurements on a collection of strongly interacting cobalt nanoparticles demonstrated that the environment, both solvent type and temperature, plays a significant role in the magnetic behavior of the system.  The competition between lattice energies and dipolar energies determines whether the forming crystal structure damages the nanoparticle chains, resulting in a net decrease in the magnetization, or vice versa.  When this "chain damage" occurs, it also has consequences for the anisotropy of the chains.  (Vector magnetometry measurements above and below the freezing point revealed that the anisotropy generated by the interactions along the chains cannot be easily separated from the intrinsic anisotropy of individual nanoparticles.)  For cobalt nanoparticles in 1,2-dichlorobenzene, there was an increase in the uniaxial anisotropy of the chains from 61.1(7)x10-7 J to 104.2(9)x10-7 J as the liquid-to-solid transition is traversed.  There was also an unreversed component which doubles with decreasing temperature as the temperature cools through the supercooling point of the solvent. 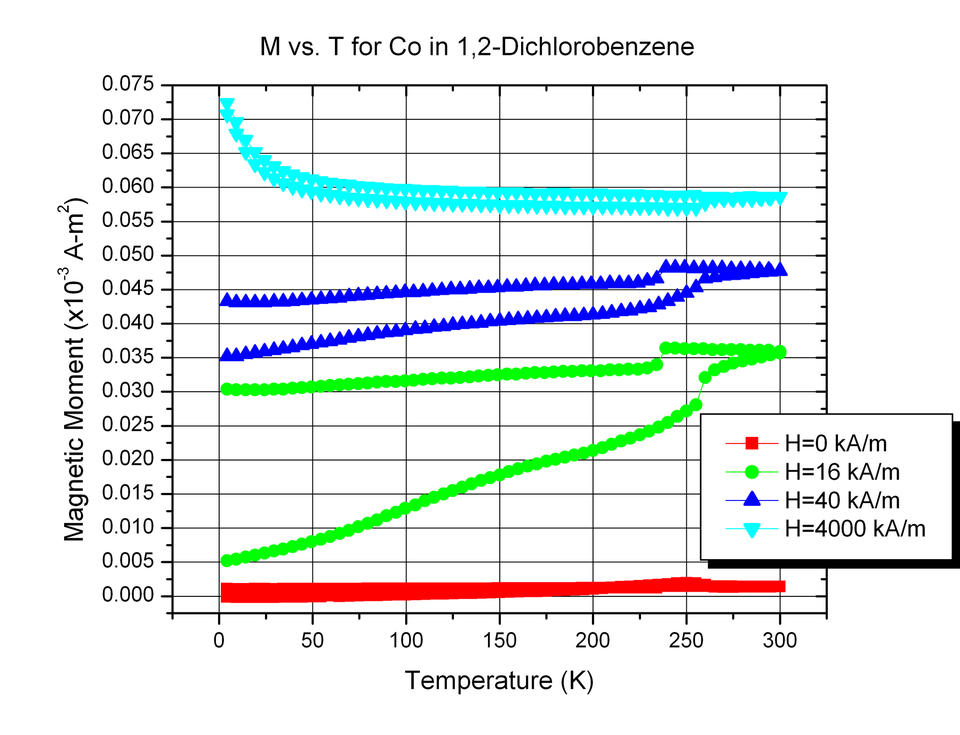