The first document on the Test Wall was written by the NBS (National Bureau of Standards) team that was in charge of the design and building of the wall, Daniel W. Kessler and R. E. Anderson: Stone Exposure Test Wall, Building Materials and Structures Report 125, Sept. 1951. They kept specimens taken during the cutting of the rectangular pieces of stone that compose the faces of the wall and organized other documentation in files. During the 1960s the specimen stones were rearranged and sorted in cloth bags and boxes.

The present documentation of the Test Stone Wall is based on building a modular database that allows the insertion of new types of information as they become available. In the first stage of the project, three fundamental components of the database were developed: 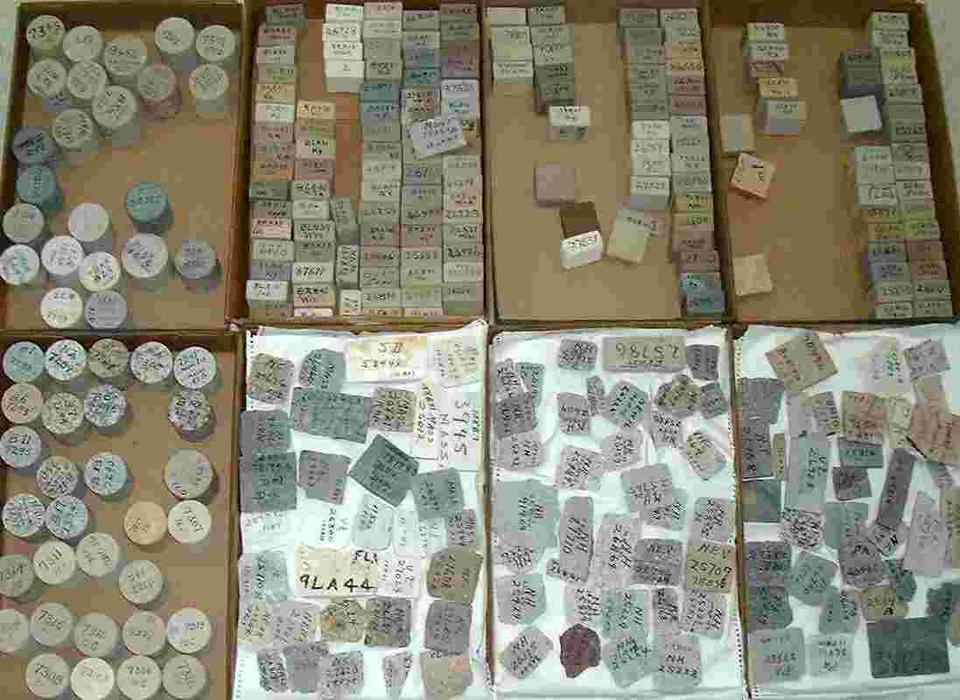 Images of the wall were made in May 2000. The front face images were taken of groups of six stones, then processed and cut to images of individual stones. The pictures of the back face and the side faces were taken more irregularly because the diverse size of the stones did not allow a more systematic procedure.

G.P. Merrill, "The Collection of Building and Ornamental Stones in the U.S. National Museum: A Handbook and Catalogue," Annual Report of the Board of Regents of the Smithsonian Institution, Part II, 1889 481 pp.