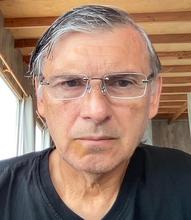 René Peralta received a B.A. in Economics from Hamilton College in 1978. In 1980 he received a M.S. in Mathematics from the State University of New York at Binghamton. In 1985 he received a Ph.D. in Computer Science from the University of California at Berkeley. For the next 20 years he held various positions in academia, mostly as a professor of cryptology, algorithmics and computational number theory. In 2005 he moved to NIST. He is currently a scientist with the Computer Security Division. Among the projects he is currently involved in are The NIST Randomness Beacon, Circuit Complexity, Privacy Enhancing Cryptography, and Post-Quantum Cryptography.

Suppose someone asked you to devise the most powerful computer possible. Alan Turing, whose reputation as a central figure in computer science and artificial

In previous posts we discussed many aspects of differential privacy: what it is, what it is useful for, and how it is applied to data analysis problems. All of