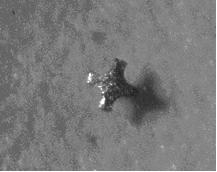 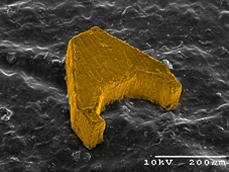 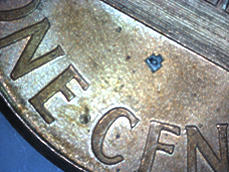 Welcome to the Mobile Microrobotics Challenge

The scientists and engineers who introduced the world to tiny robots demonstrating soccer skills have created the next level of friendly competition designed to advance microrobotics—the field devoted to the construction and operations of useful robots whose dimensions are measured in micrometers (millionths of a meter).

The National Institute of Standards and Technology (NIST), in collaboration with IEEE, is hosting seven university and collegiate student teams currently engaged in microrobotic, microelectronic or MicroElectroMechanical Systems (MEMS) research at the 2010 NIST Mobile Microrobotics Challenge. The competition is part of the IEEE International Conference on Robotics and Automation, May 2-6, 2010 in Anchorage, Alaska .

Viewed under a microscope, the microbots are operated by remote control and move in response to changing magnetic fields or electrical signals transmitted across a microchip playing field. The bots are a few tens of micrometers to a few hundred micrometers long, but their masses can be just a few nanograms (billionths of a gram). They are manufactured from materials such as aluminum, nickel, gold, silicon and chromium.

Like the NIST-coordinated "nanosoccer" events at the 2007 and 2009 RoboCup competitions, the Mobile Microrobotics Challenge will pit tiny robotic contestants against each other in three tests: (1) a two-millimeter dash in which microrobots sprint across a distance equal to the diameter of a pin head; (2) a microassembly task where the competitors must insert pegs into designated holes; and (3) a freestyle competition where each team chooses a task for its robot that emphasizes one or more abilities from among system reliability, level of autonomy, power management and task complexity.

These events are designed to "road test" agility, maneuverability, response to computer control and the ability to move objects—all skills that future industrial microbots will need for tasks such as microsurgery within the human body or the manufacture of tiny components for microscopic electronic devices.

NIST organized the 2010 Mobile Microrobotics Challenge in partnership with the IEEE Robotics and Automation Society. NIST's goal in coordinating competitions between the world's smallest robots is to show the feasibility and accessibility of technologies for fabricating MEMS, which are tiny mechanical devices built onto semiconductor chips. The contests also drive innovation in this new field of robotics by inspiring young scientists and engineers to become involved.

All robots entered in the competition must be no bigger than 600 micrometers in their largest dimension and must be able to operate without the direct connection of wires (i.e. untethered operation.)

The competition will consist of three events structured to test each microrobot's speed, agility and ability to manipulate small objects.

The Two-Millimeter Dash: Microrobots are required to sprint across a distance of two millimeters, beginning from a dead stop, and come to rest in a defined location.

Microassembly: Microrobots must insert pegs into designated holes in a planar assembly framework. Multiple cooperating microrobots will be allowed.

Freestyle Competition: Teams should highlight the strengths of their microrobot design by performing a task of their choice. The task should be chosen to emphasize one or more of: system reliability, level of autonomy, power management and task complexity.

The Playing Field for the Two-Millimeter Dash (All dimensions are in micrometers, µm)

The distance between the start and finish, 2000 µm, is 100 times smaller than a dust mite. 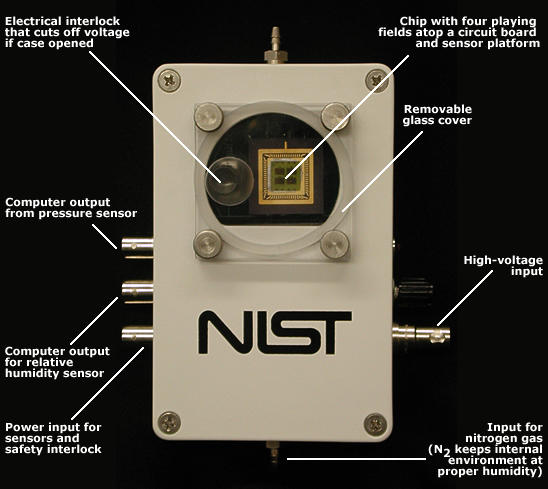