The development of SRMs to support measurements for contaminants in human fluids will expand quality assurance capabilities to important species critical to human health. These SRMs will be used by the monitoring laboratories to validate methods and control materials for specific analyses. We are developing and characterizing several natural-matrix SRMs for organic contaminants: human serum, human milk, and human urine reference materials. We employ results from multiple analytical methods at NIST and data provided collaborating laboratories to assign values to chemical composition. We are also developing robust methods of analysis for use by the biomonitoring community.

Two human serum SRMs and two human milk SRMs have been value assigned for a wide range of organic contaminants based on methods performed at NIST, CDC, and four additional collaborating laboratories. 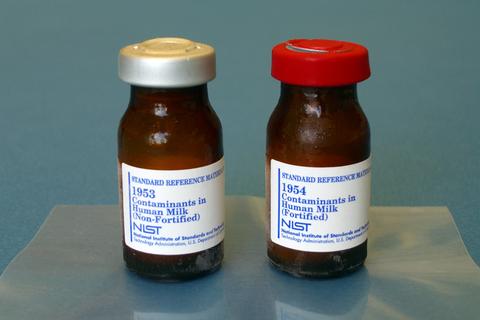