1985-1993: Adjunct Professor at the Ohio State University, Columbus (on contract to NIST, Gaithersburg and Boulder)

1974-1985: Professor of Physics and Dean of Research at Birla Institute of Technology and Science, Pilani, India 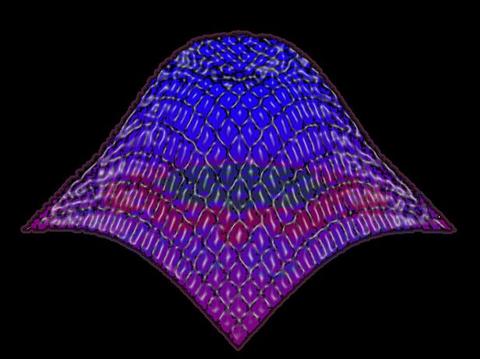 Created and led a group on Green's functions at the CTCMS (Center of Theoretical and Computational Materials Science). Formed and led a consortium of researchers and teachers from several universities and industries. Helped setting up a digital library of Green's functions in a project sponsored by NSF in association with Kent State University.

Eric Reissner Medal for work on Multiscale Modeling awarded by International Conference on Computational Engineering and Sciences at Madeira, Portugal, 2004

Pride of India Award 1992 for Excellence in Sciences

Elected Fellow of the Institute of Physics, UK, 1974

Associate of the International Center for Theoretical Physics, Trieste, Italy,1974

Drawing of the computer model of a Ge quantum dot in silicon, adjudged to be amongst the "best 66 out of several hundred" and selected for display in the "Science in Arts and Arts in Science" exhibition at the Denver Museum, 2007

Guest Editor of a special issue of the CMES (Computer Modeling in Engineering and Science) on Computational Mechanics of Nanomaterials, March 2008

Organization of Symposia and Workshops

Poster Session at the International Nanomechanics Workshop at Asilomar, California, 2004

NIST Workshop on Digital Library of Elastic and Thermal Green's Functions for Research, Industrial, and Educational Applications at Boulder, 2002

Symposium on Elastic Wave propagation at SIAM (Society for Industrial and Applied Mathematics) Conference at Golden, 1998

NIST/CTCMS Workshop on Green's Functions and Applications at Boulder, 1994

Member of the Organizing Committee of the International Nanomechanics Workshop at Asilomar, California, July 2004

Engineering two-dimensional materials through surface-confined synthetic techniques is a promising avenue for designing new materials with tailored properties
A Greens function (GF) method is developed for interpreting scanning probe microscopy (SPM) measurements on new two-dimensional (2D) materials. GFs for the
A Greens function based mathematical model is developed for interpreting the scanning probe microscopy (SPM) measurements on the new two-dimensional materials
Nanophotonic materials have unique properties that are due to behavior on the quantum scale, as well as properties that emerge due to collective interactions
Green's function gives the response of a system to a probe and is a powerful technique for solving a variety of problems in science and engineering. We
END_OF_DOCUMENT_TOKEN_TO_BE_REPLACED
Applied Chemicals and Materials Division - HQ
vinod.tewary@nist.gov
(303) 497-5753

1985-1993: Adjunct Professor at the Ohio State University, Columbus (on contract to NIST, Gaithersburg and Boulder)

1974-1985: Professor of Physics and Dean of Research at Birla Institute of Technology and Science, Pilani, India