In the palm of his hand, Thomas Brian Renegar held two small metal objects that had changed the course of history. Twisted pieces of copper and lead, they were fragments of the bullet that ended the life of President John F. Kennedy on Nov. 22, 1963.

A physical scientist at the National Institute of Standards and Technology (NIST), Renegar was not yet born when the nation was robbed of the young, charismatic leader who fought for civil rights and set America on a course for the Moon. But he felt the weight of history. He picked up one of the fragments using rubber-tipped forceps and, with the care of a jeweler setting a stone, placed it into a housing beneath the lens of a 3D surface scanning microscope.

These artifacts are usually held at the National Archives. They were transported to NIST so that Renegar and the rest of the NIST ballistics team could scan them and produce digital replicas that are true down to the microscopic details.

Viewing the digital replicas on his computer screen, Renegar said, “It’s like they’re right there in front of you.” The National Archives plans to make the data available in its online catalog in early 2020. [[UPDATE: NARA has released the raw data, which can be viewed using open source software.]]

Why do this, so many years after President Kennedy’s tragic death? The mission of the National Archives is to provide the public with access to artifacts such as these, and it receives many requests for access to them. This project will allow the Archives to release the 3D replicas to the public while the originals remain safely preserved in their temperature and humidity-controlled vault.

“The virtual artifacts are as close as possible to the real things,” said Martha Murphy, deputy director of government information services at the National Archives. “In some respects, they are better than the originals in that you can zoom in to see microscopic details,” she said.

In addition to the two fragments from the bullet that fatally wounded the president, the digital collection includes another bullet that struck both the president and Texas Gov. John Connally. That one is known as the “stretcher bullet” because it was found lying near Connally at the hospital. The collection also includes two bullets produced by test firing the assassin’s rifle, and a bullet that was recovered following an earlier, failed assassination attempt on Army Maj. Gen. Edwin Walker that was thought to involve the same firearm.

In the lab, the NIST ballistics team used a technique called focus variation microscopy to image the artifacts. At each location along the object’s surface, the microscope created a series of images at different focal distances. By analyzing which parts of those images were in focus, the microscope measured the distance to the object’s surface features. As the lens moved across the object, it built a 3D surface map of the microscopic landscape beneath it, like a satellite mapping a mountain range.

Renegar and NIST physical scientist Mike Stocker spent countless hours rotating the metal fragments beneath the lens of the microscope to image every facet, then stitching the image segments together where they overlapped. “It was like solving a supercomplicated 3D puzzle,” Renegar said. “I’ve stared at them so much I can draw them from memory.”

If you held one of the original fragments in the palm of your hand, you would see that the metal is warped and twisted into a complex shape. But magnified on the computer screen, it is a world unto itself: a highly complex and undulating terrain that bends, dips and doubles back. Zoom in, and you can see rifling grooves left by the barrel of the gun. Zoom in closer, and you can see the microtopography — ridges and scratches that would be far too fine to feel with your fingertip.

The focus variation scans had a horizontal resolution of 4 micrometers, about one-tenth the width of a human hair, and a vertical resolution of 0.5 micrometers, or eight times better. This allowed the scans to record the depth of minute scratches in the metallic surface of the artifacts. Other members of the team, including mechanical engineers Xiaoyu Alan Zheng and Johannes Soons, used a technique called confocal microscopy to image selected regions of the artifacts at higher resolution.

Clockwise from top left: the stretcher bullet (CE 399 FBI C1); a fragment of the bullet that fatally wounded the president (CE 567 FBI C2); a second fragment of that bullet (CE 569 FBI C3); and a different perspective of that same fragment. The exhibit numbers were assigned by the Warren Commission (beginning with “CE”) and the Federal Bureau of Investigation. 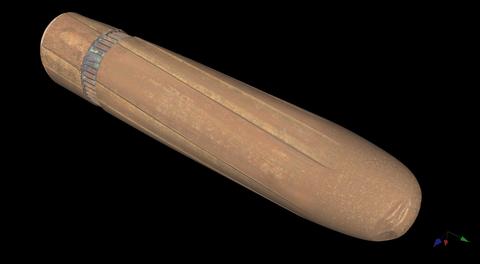 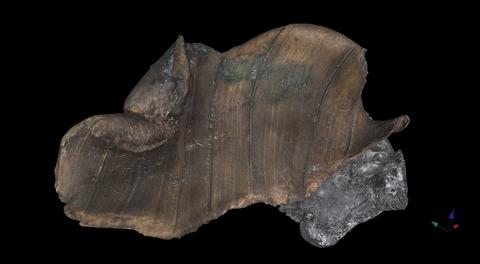 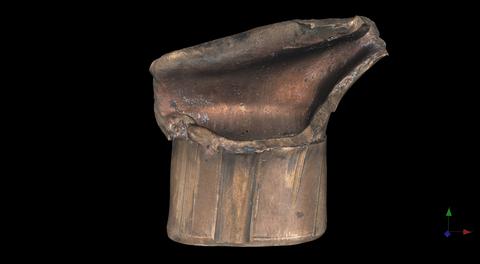 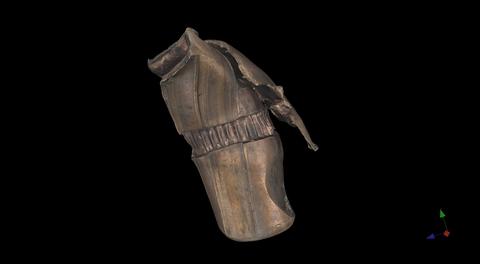 Although this was an unusual project for the NIST ballistics team, its members do spend a lot of time imaging bullet surfaces. Their regular work has them researching advanced forensic techniques for identifying firearms used in crimes.

For more than a century, forensic examiners have matched pairs of bullets by viewing them under a split-screen comparison microscope. If the striations on a pair of bullets — or on microscopic photographs of those bullets — line up, examiners might consider them a match.

The NIST ballistics team is developing methods for comparing bullets using 3D surface maps, which can provide greater detail and accuracy than comparing two-dimensional images. It’s also developing methods so that, instead of just saying whether or not two bullets appear to match, forensic examiners will be able to statistically quantify their degree of similarity. This research is part of a larger effort by NIST to strengthen forensic science so that judges, juries and investigators have reliable, science-based information when deciding guilt or innocence.

Robert Thompson, the NIST forensic firearms expert who oversaw the project, said that the bullet fragments from the Kennedy assassination were bent and distorted in ways that made them difficult to image. “The techniques we developed to image those artifacts will be useful in criminal cases that involve similarly challenging evidence.”

The team did not conduct any forensic analysis of the bullets from the Kennedy assassination. This project was strictly a matter of historic preservation. However, once the National Archives makes the data available to the public, anyone who is interested in analyzing those bullets will be able to do so without risking damage to the originals.

Though Renegar is too young to remember the event that indelibly marked the memories of an earlier generation, he feels deeply connected to that day in history. Speaking for the entire team, he said, “It was an honor to put our expertise toward such an important project.”