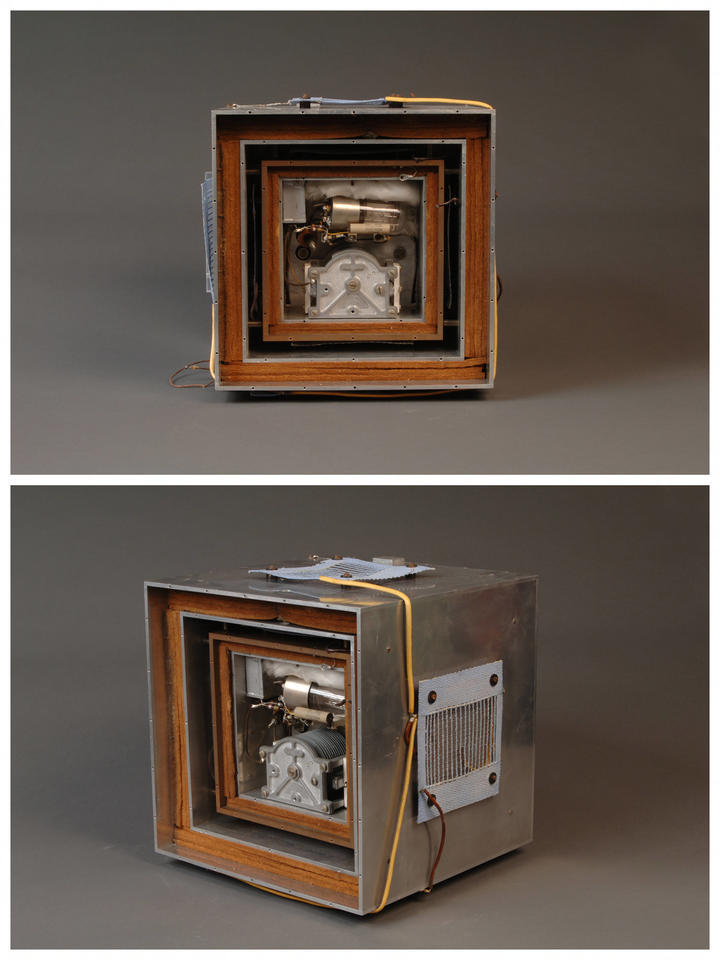 The demand for time standards, accurate to a thousandth of a second or better for navigation, communication, seismology, geological surveys, and physical science, led to the development of the quartz crystal clock in 1929. As the first truly modern electronic clock, it substituted the natural resonance frequency of carefully cut bits of quartz for the swinging pendulums of earlier mechanical devices. Shown here is the heart of an electronic crystal clock, a carefully selected quartz crystal sealed in an evacuated container. The operation of a quartz clock is based on the piezoelectric property of quartz crystals. When electrically excited, the quartz crystal uses its piezoelectric properties to act as a resonator. The addition of an amplifier and feedback to the resonator produces a quartz crystal oscillator, or frequency standard. Somewhat simpler and much smaller quartz crystals serve in today’s quartz clocks and watches.