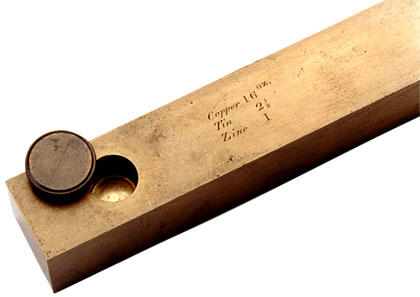 In 1855, the Bronze Yard No. 11 was the official standard of length for the United states until the U.S. adopted Metric standards in 1893. It was an exact copy of the British Imperial Standard Yard, one of a number of Imperial prototype yard length standards constructed by Great Britain in 1855 to replace the British Imperial Troy Yard prototype, which was destroyed in the 1834 Houses of Parliament fire.