Stories From the Social Sphere — Spring 2020

Photos of culinary masterpieces, opinions on world events, memories from the good times … we share a lot on social media to feel connected and together. Coordinating the social media presence for the National Institute of Standards and Technology (NIST) means that I get to share enthusiasm.

That’s exactly what our researchers have for their work, and it flows through every single conversation that I have with them. NIST researchers lend their expertise to a broad array of projects, each intriguing in its own way and impactful for their fields. Together, we package enthusiasm for those projects into short stories that everyone can enjoy. Fellow researchers, congresspeople on Capitol Hill and neighbors down the street can all follow NIST on social media to learn about what we do and why it matters.

ICYMI (lingo on social for “in case you missed it”), I’d like to share a few of those stories here.

Cracking the Code for Artifacts of Antiquity

Our world is built on ceramics and glass, from colorful windows decorating our finest architecture to parts for engines and bullet-resistant windshields. This is NIST guest researcher George Quinn's realm, where he uses precise measurement techniques to interpret what makes these materials fracture.

But what about glass from the days of old? Centuries ago, ancient Romans discovered an incredibly stable form of glass (soda lime silica) and traded it throughout their empire. Some remnants now rest in the Corning Museum of Glass, which maintains finished and raw fragments unearthed in Israel at an archaeological dig in the 1960s.

Since the pieces’ chemical compositions are nearly identical to modern glass, museum researchers connected with George to investigate some raw samples. He and colleague Jeffrey Swab from the U.S. Army Aberdeen Proving Ground cut bars from the glass chunks, then introduced a controlled crack about one-third to one-half of the way through them and finally bent them until they broke into two pieces.

As it turns out, Roman glass is pretty close to modern glass, just 6% less resistant to fracture.

In an archaeologist’s toolbox, modern fracture analyses like this can help us learn how ancient glass was made or how it broke. In this case, the lower resistance could be from degradation while buried for centuries or a hasty process that Romans may have used to make the raw stock quality glass.

Our NISTers are incorporating the findings into the next edition of Fractography of Ceramics and Glasses, a widely used practice guide for the ceramic and glass industry. In the meantime, you can find more details about this research in the Journal of Glass Studies.

Testing Your Preferences in Living Color

In arguably the coziest laboratory on NIST’s Gaithersburg, Maryland, campus, fellow Yoshi Ohno and his colleagues make measurements on white light-emitting diodes (LEDs), which are increasingly being used to illuminate our modern world’s dark spaces.

Here in the NIST Spectrally Tunable Lighting Facility, Yoshi and team can adjust the properties of white LED light in a room-like setting to study how people prefer to perceive color. When they lit a bowl of fruit, for example, subjects of their experiments chose the white light that produced higher color saturation (vividness) in the fruit over light closer to natural sunlight. Right now, the color rendering standard used commercially actually scores the color of light that participants preferred lower.

With possible new standards for color preference in addition to the traditional standards for color fidelity (how close it is to sunlight), manufacturers can refine their products to match our tastes. You’ll literally see white LEDs in a whole new light. 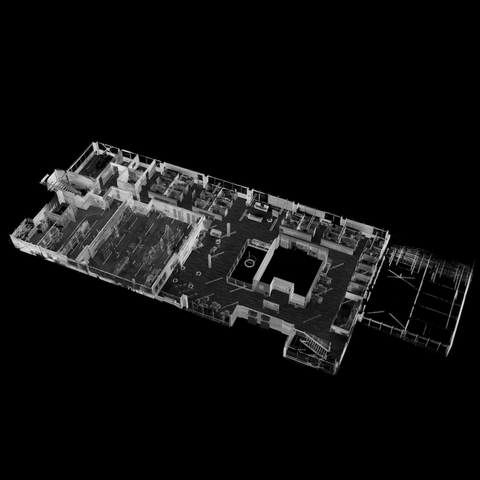 If first responders knew what the inside of a building looked like before arriving at an emergency, they could save time, property and lives. Here at NIST, researchers are investigating whether 3D mapping technology could provide that critical situational awareness.

Light Detection and Ranging (lidar) is a method of building out 3D maps to help public safety with pre-incident planning. Instead of using radio signals to measure distances like in radar, lidar uses pulses of laser light. The light reflections form point clouds — a collection of data points in space — that we can use to construct a 3D model of a building.

First responders could use the resulting data for realistic training scenarios in virtual reality, turn-by-turn navigation through a building, or maps for indoor tracking systems. That’s cutting-edge technology to plan for critical circumstances.

This SRM Can Take the Heat ... in Space! 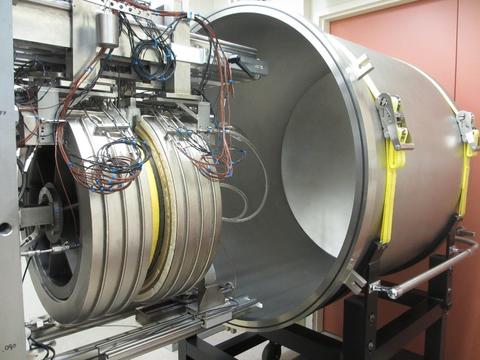 Feeling hot, hot, hot … but this thermal insulation standard reference material (SRM 1450e) can help you take the heat, both in an apartment building and in space.

How it works: Researchers check the SRM and our printout of its properties against their own guarded hot plate (like the NIST one shown here). That way, they can make sure the instrument in their lab accurately measures how a material can resist or conduct heat.

Among the NIST thermal insulation SRMs, the construction industry uses this one most, evaluating commonly used insulation materials such as cellular plastics, fiberglass or mineral wool for buildings.

But some years ago, researchers at the European Space Agency and Japan Aerospace Exploration Agency acquired the SRM for an astronomical aspiration. In 2018, the agencies together launched a space mission called BepiColombo with a probe destined for Mercury.

To keep cool among all the radiation in space, the craft needs to collect heat with solar panels, transfer it through the panels’ supporting structures and push it back out into the stellar beyond.

Are their probe’s materials up for the task? Before answering that burning question, the researchers needed to make sure their test methods were accurate. Cue NIST’s thermal insulation SRM, with measurements that helped the scientists ensure the supporting structures were doing what they were designed to do.

And with that, BepiColombo was one step closer to launch and more prepared for one giant leap into discovery.

Looking for more? Take a look at NIST’s social media pages and follow us!

Remember that documentary you saw that finally explained metrology and why measurements are critical to practically every aspect of modern life? Yeah, neither

Advanced therapies are poised to change the face of medicine, promising to cure diseases that have long resisted us. But there are many challenges to overcome