International Year of the Periodic Table

Did you know that 2019 was declared the International Year of the Periodic Table by the United Nations General Assembly? It also happens to be the table's 150th anniversary.

Here are a few ways NIST is helping celebrate. 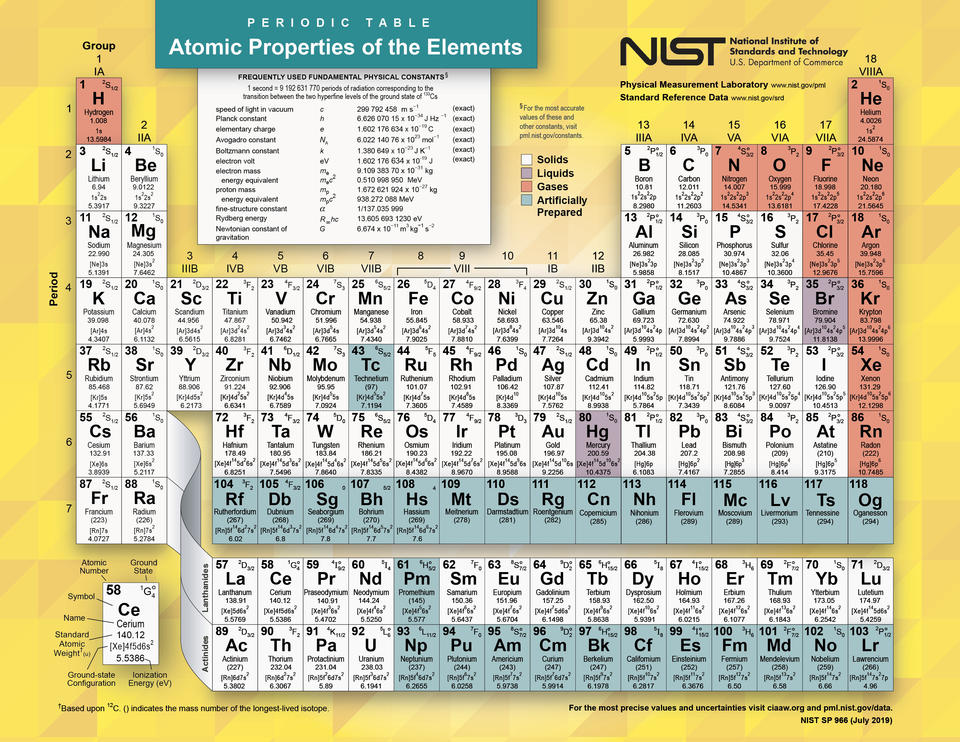 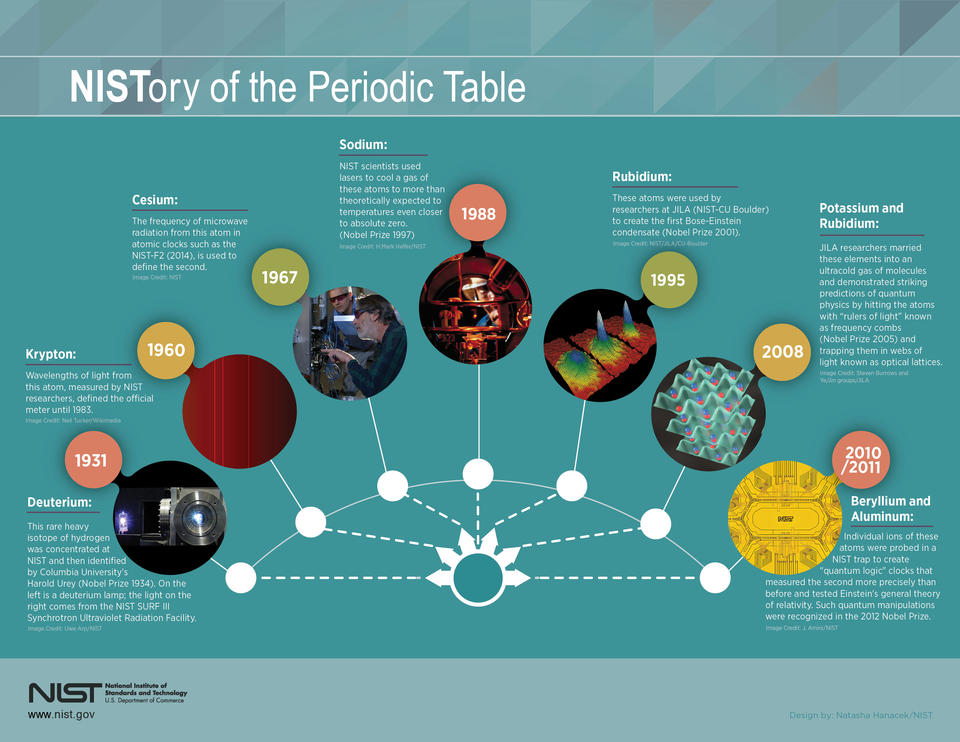 Download a printable (PDF) version of the NIST periodic table.

The Periodic Table: It's More than Just Chemistry and Physics

by Ben P. Stein
This is the
International Year of the Periodic Table, and while I’ve been (accurately) accused of being a physics fanboy, I’m here to tell you that this famous chart isn’t just about physics, chemistry and the other sciences. It’s also about mathematics and engineering and even nonscientific areas of knowledge including history, geography and the origins of words. Published May 28, 2019 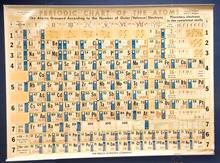 by C.W. Clark
Of all the many useful and interesting periodic tables on the Internet—the periodic tables of the animals, vegetables, and minerals—and U.S. Presidents, Vienna® Chicago-style hot dog condiments, SQL server dynamic management objects, and paleo food—the original Periodic Table of the Elements remains my favorite. Originally published on February 12, 2016.

Taking a Seat at the Periodic Table

by Michael E. Newman
In case you haven’t already heard, if you wanted to give your loved one that special, once-in-a-lifetime gift by naming one of the elements in row 7 of the Periodic Table after him or her, it’s too late (and probably against the rules anyway, but more on that later). With the recently announced official names for elements with atomic numbers 113 (nihonium), 115 (moscovium), 117 (tennessine) and 118 (oganesson), the all-radioactive row 7 of the Periodic Table is now complete. Included are two (thorium and uranium) found naturally, five that result from the radioactive decay of other elements—such as everyone’s favorite cinematic time machine fuel, plutonium—and 25 that can only be synthesized in the laboratory. Originally published on February 7, 2017.

On November 12, we hosted a Twitter Trivia Party in celebration of the International Year of the Periodic Table!

Check out our questions, fun clues and answers by searching Twitter for #NISTrivia.