The misidentification of cell lines has been a problem in the scientific community for the past 50 years. Methods are now in place to genotype human cell lines using well characterized procedures used in the forensic community based on short tandem repeat (STR) markers; however, methods to identify non-human cell lines are still in the development process. Chinese hamster ovary (CHO) cell lines are heavily used in the manufacturing of recombinant protein therapeutics. To aid in the regulatory and QC stages of development of these therapeutics, an assay to authenticate CHO cells would be beneficial in detecting contamination early on. To date, we have identified nine STR markers specific to CHO DNA and seven markers have been used successfully in a multiplex PCR assay. When improved versions of the CHO genomic sequence are released, we will be able to map the markers to their respective chromosomal locations and develop additional markers.

To develop a PCR based multiplex assay that can be used to authenticate Chinese hamster ovary cell lines which are important in the production of biological therapeutics. 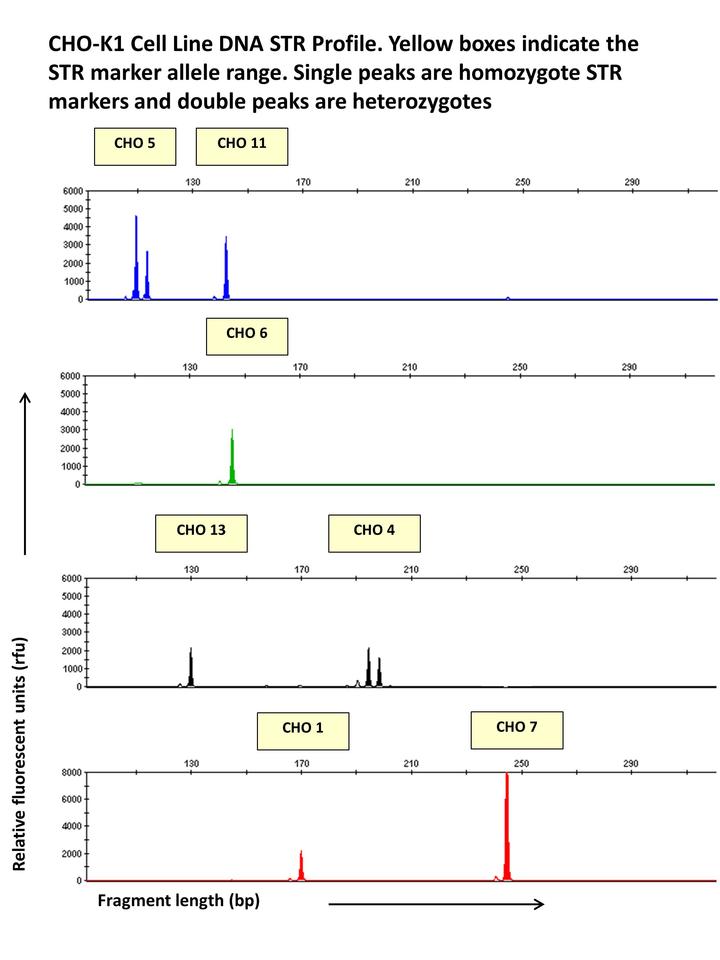