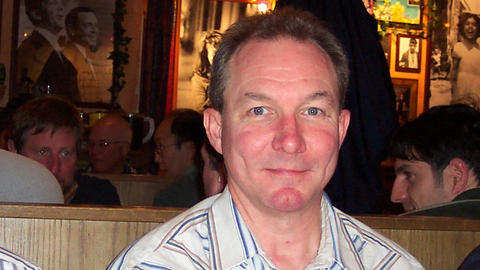 Born in 1958 in Alexandria, Virginia, Shields graduated from the University of Maryland in 1985 with a B.S. in geology. In 1986 he began his career at NIST as an engineering science technician, inspired partly by his father, John, who was a NIST physicist. Randy’s brother, Scott, also worked at NIST, as a physical science technician, before retiring in 2019.

Throughout his 34-year NIST career, Randy was known as a go-to expert for analyzing technical problems and providing constructive solutions to reduce the flammability of products and evaluate fire-retardant technologies. He co-authored 71 scientific publications and provided input for numerous other publications.

One of Shields’ accomplishments was the technical approach he developed for federal open-flame fire-testing of mattresses, which proved that compliance with a Consumer Product Safety Commission-published standard resulted in an 82% reduction in deaths caused by mattress fires over a 10-year period.

“He was involved in a lot of challenging, impactful, and as Randy would frequently say, fun, projects. He was always in the labs designing, building and tinkering with different tools for testing the burning behavior of materials,” says Shields’ supervisor, Flammability Reduction Group Leader Rick Davis. Engineering technician Ed Hnetkovsky says Shields seemed able to “pull a new part out of his hat — whether it was tube fittings, thermocouples, or a myriad of other potential parts” to make a device work so that a project could continue in the lab.

Hnetkovsky says Shields was also a “master” of the cone calorimeter, a NIST-invented instrument that measures the flammability of materials, which garnered an R&D 100 Award for NIST in 1988. “Randy used every experimental burn on the cone as an opportunity to improve its operation or reduce the uncertainty of its measurements,” says Fire Research Division Chief Nelson Bryner, a chemical engineer who burned hundreds of items with Randy over the past two decades.

“Randy was a consummate team player, making significant contributions to teams working on furniture flammability and barrier fabrics, high-throughput approaches to identifying new fire retardants, mattress flammability experiments and using nanocomposites as fire retardants, as well as wildland-urban interface (WUI) fires,” says EL Director Howard Harary. “His easygoing style, continual optimism, and will to help everyone will be greatly missed by everyone who worked with him.”

Fire Research Division project leader Samuel Manzello was a close friend of Shields who worked with him on WUI fire research, including several collaborations in Japan as well as in the New Jersey Pine Barrens. On one of their trips to the Building Research Institute (BRI) in Tsukuba, Japan, they brought the first-ever firebrand generator, invented by EL's Thomas Cleary and Samuel Manzello and assembled by Randy, for characterization in BRI’s unique wind-tunnel facility. On that occasion, a Japanese fire science researcher gave the device its popular nickname — “dragon” — due to its appearance when in operation. Today, devices of this nature are often referred to as dragons.

An upcoming special issue of the journal Combustion Science and Technology, which is being co-edited by Manzello and Sayaka Suzuki of Japan's National Research Institute of Fire and Disaster (a former NIST guest researcher and good friend to Randy), is being dedicated to Shields’ memory. Authors from Australia, Brazil, China, France, Japan, Russia, the U.K., and the U.S. have signed on to contribute.

“NIST has lost someone really important. The accumulated knowledge that Randy had can never be replaced,” Manzello says of his friend, with whom he shared a joy in carrying out experiments.

Colleagues say that the patience and understanding Shields displayed with his five children was also manifested in his relationship with guest researchers who came to NIST. He helped them set up their experiments, and, beyond the NIST campus, he helped them get accustomed to living in the area. Randy jokingly claimed that working with young staff — in particular, guest researchers — kept him looking younger than his actual age.

“He loved his work and loved being a part of the NIST federal family,” says Shonali Nazare, Randy’s officemate for the past 11 years.

As an athlete, Randy was an expert bowler, achieving at least three perfect 300-point games as a member of NIST’s bowling league since 2015. His children often watched him bowl, and his mother, Jody, often bowled on the team with Randy. For many years he also pitched for the softball team of the Center for Fire Research in NIST’s intramural league.

“Randy excelled in his knowledge of the sports he participated in and took great pride, humbly, in his accomplishments,” says Randy’s softball teammate, Baldrige Program IT security officer Darren Lowe, who remembers Shields as a kind, considerate family man.

Shields was an outdoorsman who loved teaching his children to hunt and fish while vacationing at their cabin in Pennsylvania. He enjoyed fly-fishing, making his own artificial flies with small hooks, fishing line, and bits of rabbit or groundhog fur. Randy would often invite co-workers to join him as he fished for brown trout in Little Hunting Creek near Thurmont, Maryland. “Randy always told me to take time to enjoy life and enjoy nature,” says Manzello.

“My strongest memory of Randy is how much he loved to go hiking in the woods and walking around NIST looking for deer antlers,” says fire protection engineer Michelle Donnelly, who says Shields also collected rocks. “Randy was a fantastic person who had a positive impact on everyone he met.”

Shields is survived by his mother, Jody, his father, John, and his brother, Scott. He is also survived by his five children, who include two sets of twins (born two years apart on the same day) and his daughter, Stephanie, who worked on the NIST Gaithersburg campus as an employee of the Comstar Federal Credit Union in the 1990s.