Neutron reflectometry is a relatively new technique for investigating the near-surface structure of many materials. Specifically, it probes the neutron scattering density at depths of up to several thousand Å, with an effective depth resolution of a few Å. What is measured is the profile of reflectivity as a function of angle beyond the critical angle for total external reflection. The sample must thus present a smooth, flat surface, preferably several cm2 in area. The method is extensively used for studies of polymer surfaces, Langmuir-Blodgett films, and thin films and multilayers of metals and semiconductors, both magnetic and non-magnetic.

The cold neutron reflectometer permits routine measurement of reflectivities as low as 10-6 in typical run times of a few hours. As shown in the schematic drawing below, a pyrolytic graphite monochromator array deflects neutrons onto a horizontal sample surface at a shallow angle ofincidence. Reflected neutrons are measured by a detector after passing through an exit slit system. 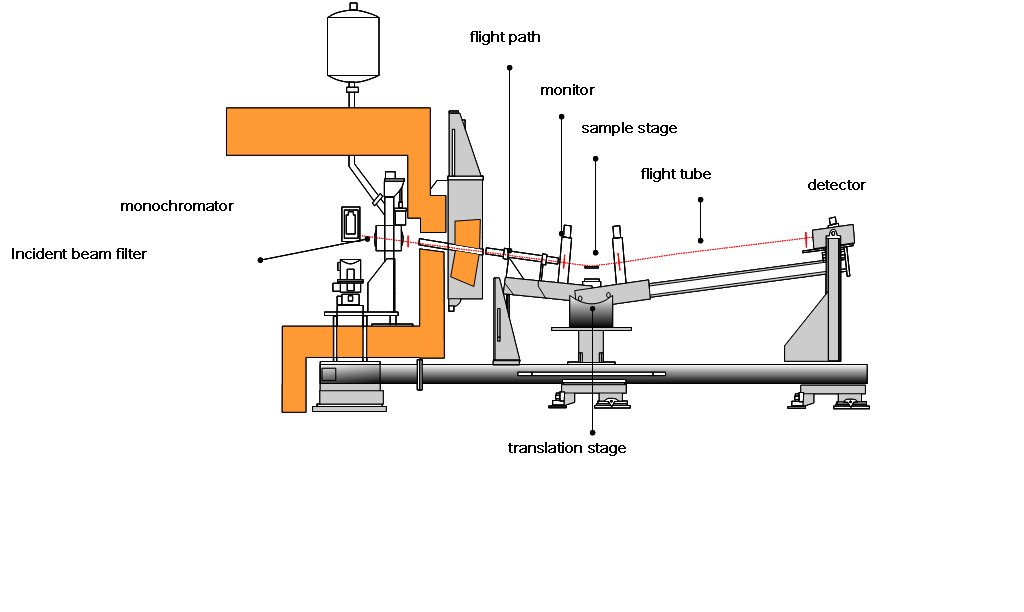