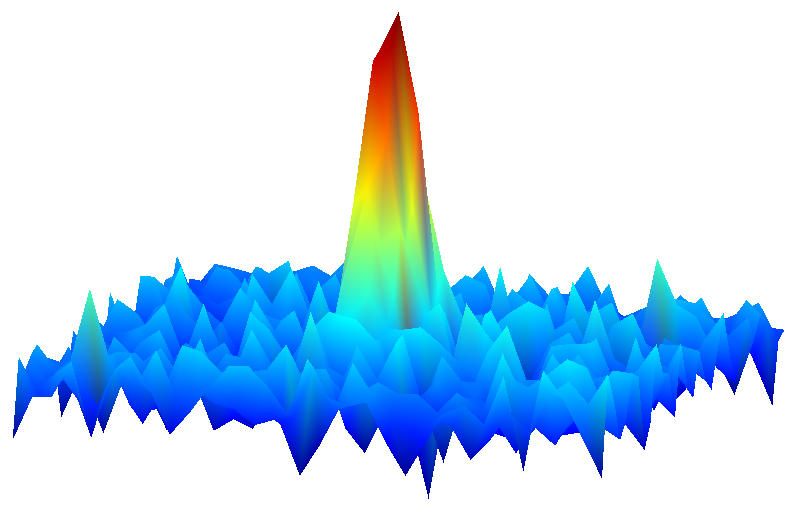 One of the first-ever images of a molecular gas in which each molecule is in its lowest possible energy state. The gas has just been released from a trap created by lasers. The molecules are near absolute zero, a temperature at which quantum properties reign. The image -- made by detecting the absorption of laser light by the molecules -- reveals their spatial distribution, with density indicated by peak height and false color. The fact that such an image can be created indicates the molecular quantum gas is dense enough to enable scientists to observe novel interactions among the molecules.