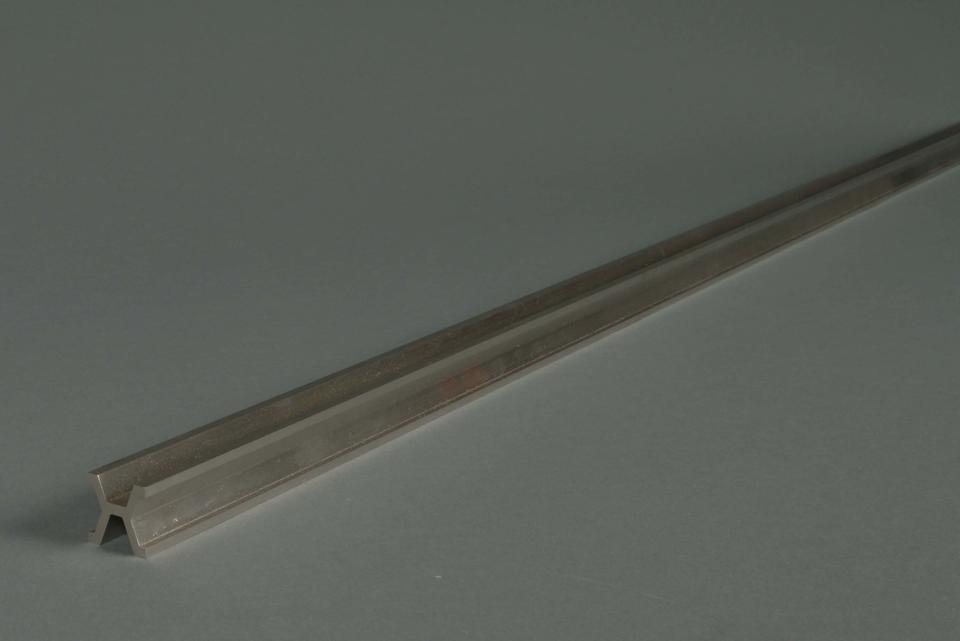 After the Treaty of the Meter had been signed in 1875, the International Bureau of Weights and Measures (BIPM) at Sèvres made 31 prototype line standards of platinum - 10 percent iridium alloy. These have a modified X-section named for Henri Tresca who devised it. One bar, having the length of the Mètre des Archives, was selected as the International Meter. National Prototype No. 27 was sent to the United States, and received by President Harrison on January 2, 1890. It was certified to have a length of

with T in degrees centigrade. When the Mendenhall Order in the Report for 1893 (Coast and Geodetic Survey) declared the meter to be a fundamental standard, No. 27 became the U.S. reference standard for all length measurements. It remained so until 1960.