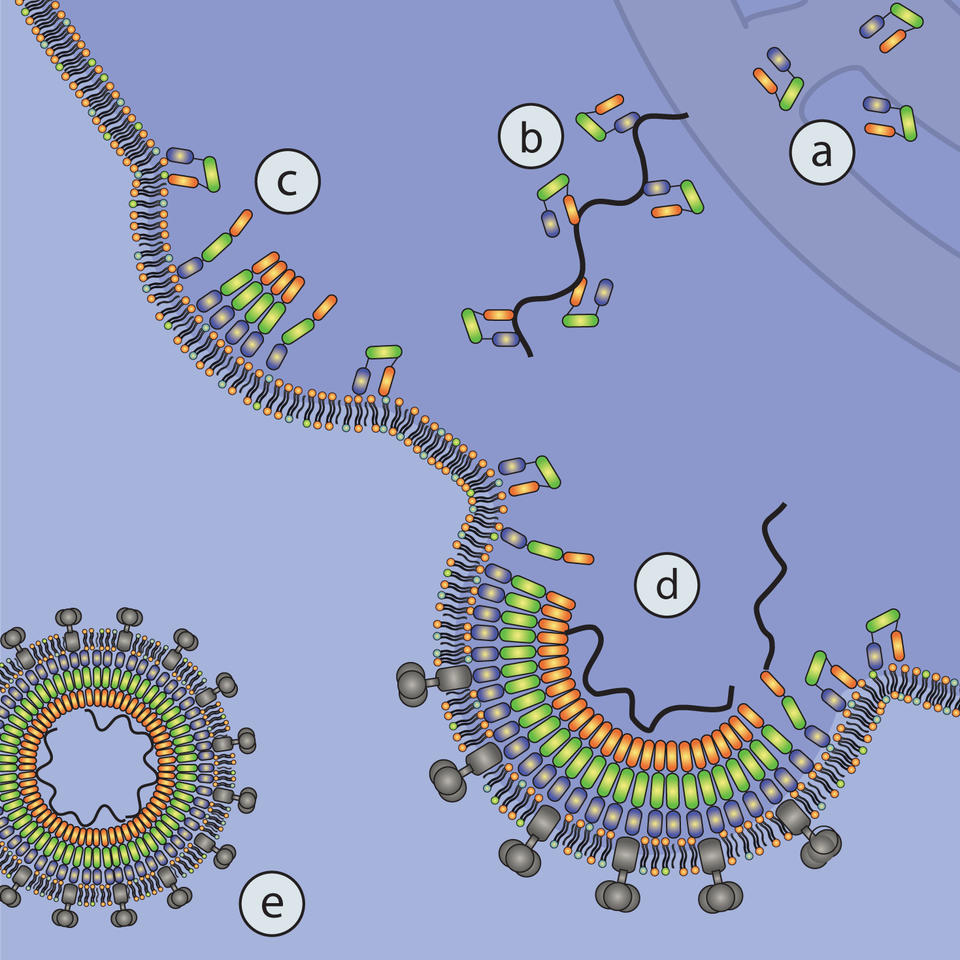 The Gag protein is central to the assembly of new HIV virus particles. (a) Folded Gag molecules (multicolored) arise in the cellular cytoplasm. (b) Gag binds the viral RNA (black wavy lines) and drags it into the forming particle. (c) Gag molecules also may create assembly sites, where (d) Gag must stretch out to pack into the growing virus. (e) Virus particles eventually bud off from the host cell.