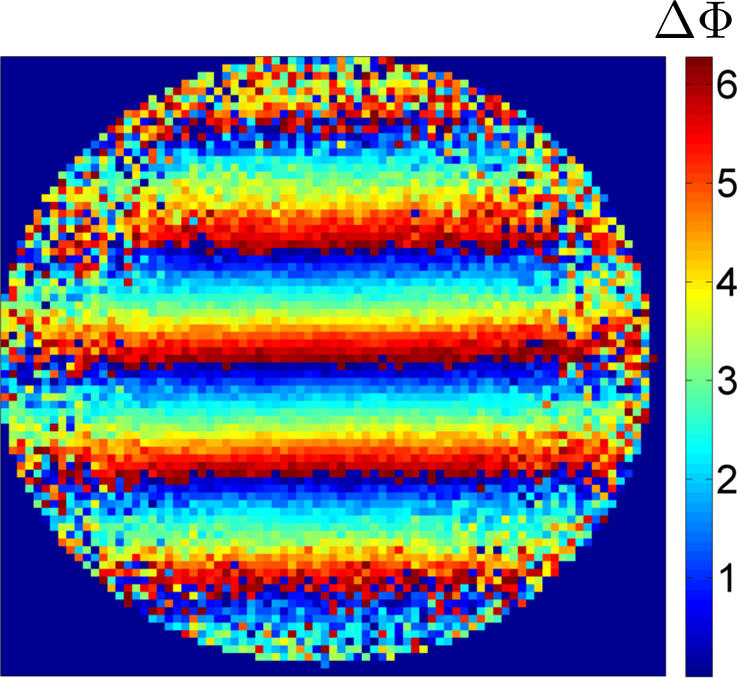 NIST's compact gyroscope measures rotation by analyzing patterns of interfering matter waves in an expanding cloud of atoms transitioning between two energy states. Each atom's speed determines both its final position in the cloud and the size of the rotational signal that shifts the interference patterns. Thus, rotations generate interfering bands of atoms across images of the final cloud. The color coding indicates how much the interference patterns shift in radians, the standard unit of angular measure. The orientation of the interfering bands (horizontal in the image) indicates the rotation axis. The rotation rate, determined by an analysis of the band spacing, is 44 milliradians per second.